During an Oct. 28 appearance on Becky G’s podcast En La Sala, Lauren Jauregui called the rumors she dated Camila Cabello “traumatizing.” And, after hearing her talk about it, I can totally see why. "People thought Camila and I were into each other and that made me so uncomfortable," Lauren told Becky. "Like, disgustingly uncomfortable, because I was queer but she was not and it made me feel like a predator, essentially. It made me feel like a predator because the types of clips people would put together and the types of stories that people would write and the type of stuff, I was always the aggressor and I was always the one turning her. And I was always the one who was like the ‘masculine’ energy in the scenario and it made me very uncomfortable because that is not how I identify."

She continued, "And that’s not to say that that’s wrong to identify like that… But I did not identify that way and I also did not have that connection with her. Camila and I were just very good friends at that time." Looking back, Lauren believes cultural differences could have lead some fans to misinterpret the nature of their relationship. "In the Latinx culture… growing up, I was very affectionate with my friends," she told Becky. "We would tell each other sh*t that, yeah, maybe you would think we were gay if you were listening over… but we weren’t and that wasn’t the interaction." 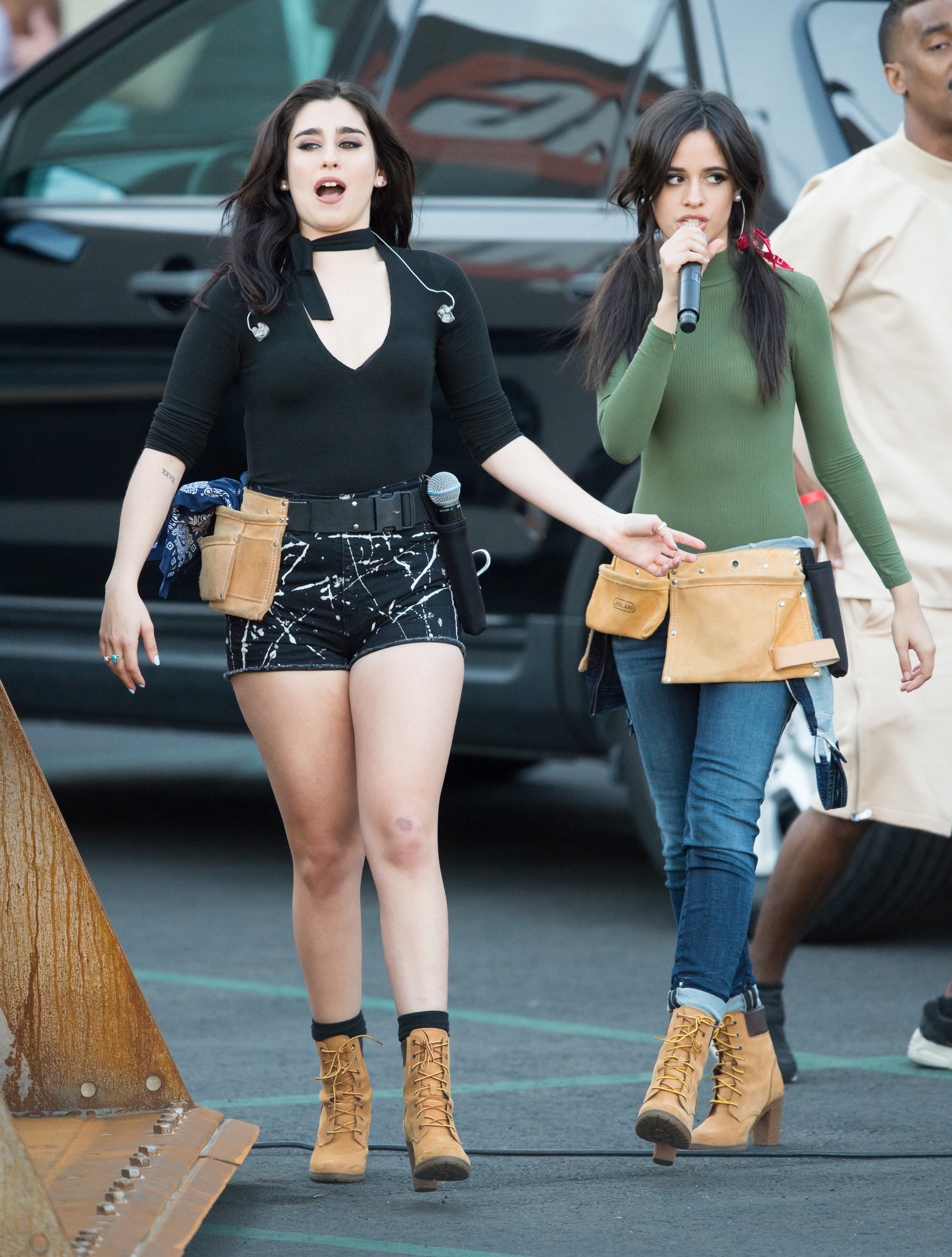 The rumors have had a lasting impact on how Lauren feels around other women. "That actually made me so uncomfortable, to the point where I, to this day, hyper-analyze every connection that I have with a girl because I don’t want to make them feel like I’m looking at them that way," she told Becky. "To this day, [fans are] convinced that this was real… And I can’t do anything to change it."

While she used to try to change fans’ minds by "getting angry," Jauregui explained she’s since learned the best course of action is to stay mum. She shared, "it was just so traumatizing for me that I just chose to ignore it at a certain point because getting angry, to them, would mean that it was real and validate it more for them."

Next time you go about gleefully spreading a rumor about a celebrity, remember Lauren’s experience and try to remind yourself of the impact your words may have on the human you’re whispering about.