Laurence Fox updated his 179,000 followers on Twitter this morning, after leaving social media on February 24. It came after actors’ union Equity apologised for calling him a “disgrace” after his appearance on Question Time.

The comment was made in a series of tweets in January after the ex-Lewis star, 41, discussed the media’s treatment of Meghan Markle.

Equity has now said “it did not intend to suggest that the actor should be denied the ability to work”.

In a statement posted online, the union said: “We are sorry that in the tweets he was called a ‘disgrace’ by Equity.

“It was a mistake for Equity as an organisation to criticise him in this way. 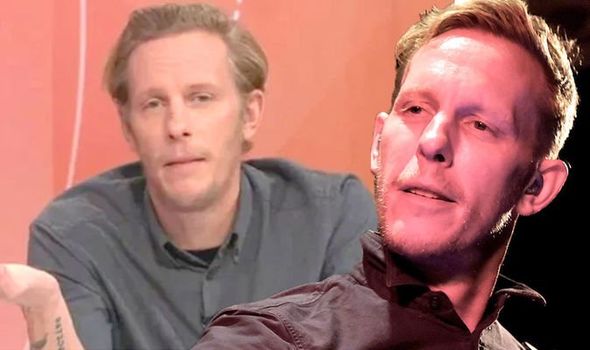 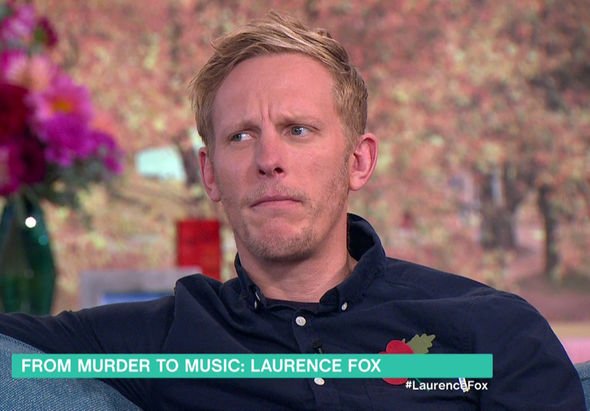 “Nothing in Equity’s later statement was intended as a slur on his character or views, or to suggest that he should be denied the ability to work. We would like to make that clear.

“Equity and Laurence Fox condemn prejudice unequivocally in all its forms.”

Laurence had complained to his fans that “Equity called (amongst other things) for actors to denounce me”.

He added: “This has been very hard to deal with, given that members weren’t polled before these tweets were sent out.” 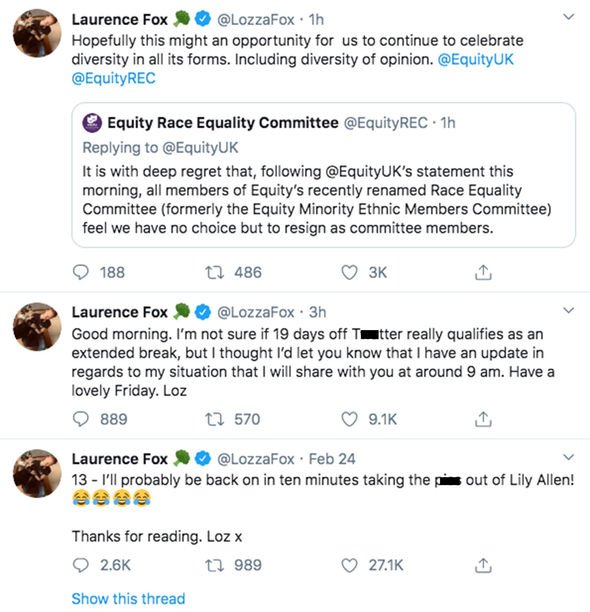 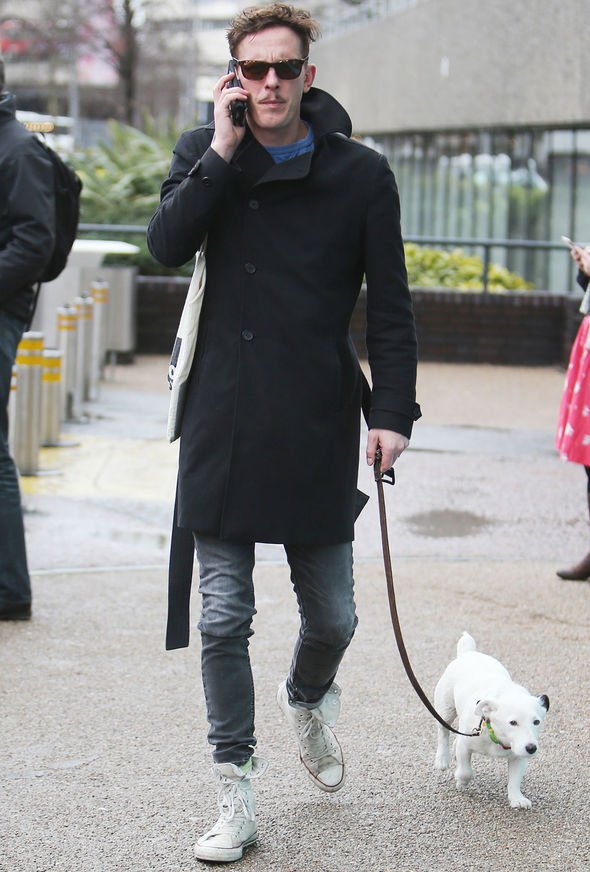 The star started: “Good morning. I’m not sure if 19 days off T**tter really qualifies as an extended break, but I thought I’d let you know that I have an update in regards to my situation that I will share with you at around 9am. Have a lovely Friday.”

He continued in light of the news: “Hopefully this might an opportunity for us to continue to celebrate diversity in all its forms. Including diversity of opinion.”(sic)

It comes weeks after, responding to a claim from an audience member that the media’s treatment of Meghan amounted to “racism”, Laurence had responded: “It’s not racism… we’re the most tolerant, lovely country in Europe.

“It’s so easy to throw the charge of racism and it’s really starting to get boring now.”

The episode received more than 250 complaints and sparked a backlash, which the TV regular called “water off a duck’s back”.

Laurence, who was previously married to actress Billie Piper, said he had received death threats and had suffered from “temporary insomnia” after his appearance.

He later hit out at black and working class actors for complaining about the industry once they have “five million quid in the bank”.

He then said he was signing off Twitter because “I have to turn this noise off for a while”.

The tweets calling him a “disgrace” were posted by Equity’s Minority Ethnic Members Committee.

It later posted: “It is with deep regret that, following EquityUK’s statement this morning, all members of Equity’s recently renamed Race Equality Committee (formerly the Equity Minority Ethnic Members Committee) feel we have no choice but to resign as committee members.”