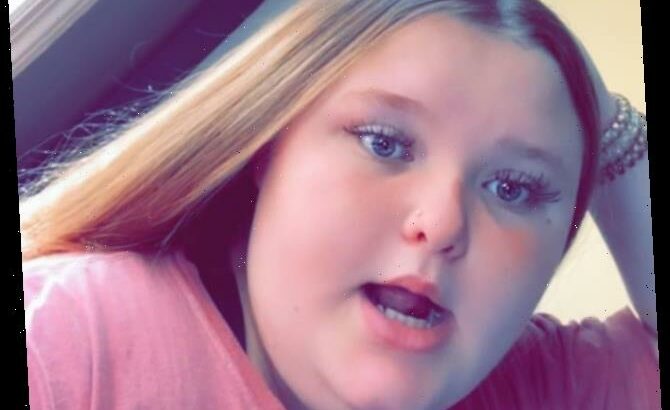 For more than two years now, Lauryn Shannon has raised her sister Alana Thompson during their mother’s crisis.

It’s not easy to be a world-famous teenager while your mother drops a cool million on crack then goes to rehab.

Unfortunately, because society is never not weird about famous kids, she has gotten cruel comments.

Both Lauryn and June are defending Alana against hateful weirdos, telling them to butt out.

Alana Thompson is 15-year-old. She has been famous since early childhood.

Some cruel people have been poking fun at her for doing normal teen girl things.

Alana dons fake nails and fake eyelashes and snaps selfies, but some people can’t let her be a teen in peace.

Lauryn Shannon showed a mild example of how people are on Instagram in order to deliver a message.

“She likes the long lashes & long nails,” Lauryn wrote, “but that doesn’t make her ‘ghetto, ratchet, poor, or grown.'”

“At 15 I’m glad the only things she worries about is her nails and lashes,” Lauryn expressed.

She explained: “because as people most of her age she could definitely be involved in much worse.”

You don’t have to look for to find examples of people Alana’s age — and much older — whose interests are less harmless.

She affirmed: “She’s a beautiful soul who’s been through entirely to much for her age.”

“But,” Lauryn noted, Alana “still manages to give a person the shirt off her back when she may not have it to give.”

“She bust her ass in school and keeps her grades up,” Lauryn praised.

“So,” she asked, “who gives a damn If she wants to throw on lashes or long nails for the week.”

“So next time before y’all go judging or name calling understand truly who Alana is,” Lauryn asked.

Lauryn reminded the world that “she’s still a child who has feelings.”

Well said. And she is not the only one stepping up for Alana.

June Shannon may be estranged from her children, but she spoke to In Touch Weekly about this exact topic.

“I’ve seen that on social media,” she admitted.

“And what fans don’t realize is when she was 5 years old, she was in the glitz pageant,” June noted.

“She was putting on those fake acrylic nails,” June recalled of her daughter’s early stardom.

So for Alana this is nothing new, exactly.

“And, you know, I got criticized for exploiting like JonBenét Ramsey you know,” June remarked.

She explained: “cause all that had happened and those pageants getting a bad [reputation].”

Yes, child beauty pageants should be illegal for a multitude of reasons.

“We’re hitting on 10 years of being in the public eye,” June noted.

“So, you know, people gotta realize that she’s 15,” she emphasized.

June reasoned: “she’s been wearing acrylic nails since she was like eight.”

“These stripper lashes that I like to call [them]” June added.

“You know, she’s just being Alana,” she characterized. “She’s expressing herself.”

She is exactly right. There is never a need to bully or mock a 15-year-old.