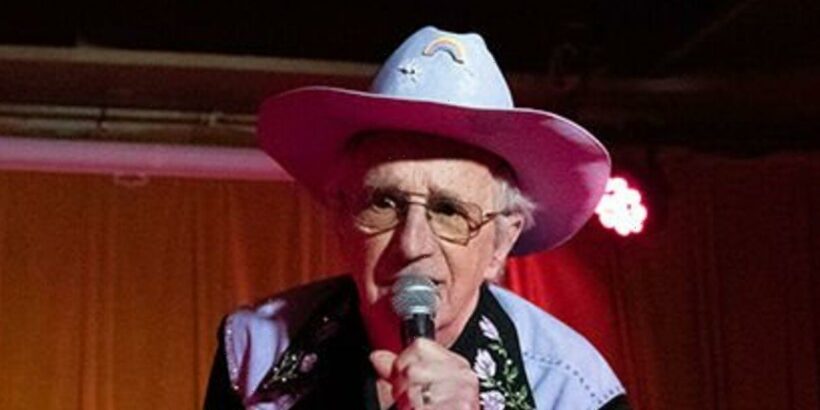 Patrick Haggerty died aged 78 after suffering a stroke a few weeks ago and was surrounded by family and friends. His death was announced on Lavender Country’s Instagram page with a touching tribute to their lead singer.

We lost a great soul.

Lavender Country took to Instagram to share a picture of Patrick on stage along with a heartwarming tribute to their former bandmate.

The post read: “This morning, we lost a great soul. RIP Patrick Haggerty.

“After suffering a stroke several weeks ago, he was able to spend his final days at home surrounded by his kids and lifelong husband, JB. Love, and solidarity.”

Many social media users rushed to the comments to share their condolences with the band and share their love for the late singer.

Thetennesseetimes said: “Sending much love to Patrick and his family. What an amazing soul, he made the world a better place for so many people.”

Selfto added: “Patrick was like no other, I’m grateful to have been able to see him perform multiple times. Sending love to his family and friends.”

“His stories between songs had me choked up through the whole set (between the smiling and dancing, that is). Long Live Lavender Country.”

The group released their groundbreaking self-titled debut in 1973 and was released in partnership with the Gay Community Social Services of Seattle.

This was an organisation Patrick was heavily involved with and the song was performed by the country band at Seattle’s first ever Pride event in 1974.

In the 80s, Patrick ran for political office in Seattle City and also led activism for gay rights and AIDS awareness in the area.

Lavender Country continued to receive renewed attention in the decades since their split in 1976.

The group reissued their first album in 1999 and 2014, and performed a handful of live shows within that period.

The band’s sophomore album, Blackberry Rose and Other Songs and Sorrows, was released in February of this year after an earlier version arrived in 2019.

Speaking to Pitchfork this year, Patrick opened up about the impact he has had in activism while reflecting on his career.

He admitted: “It’s really quite astonishing, to have come full circle and realize that my anti-fascist work and my art get to be combined into the same me.

“I get to go out on stage and be a screaming Marxist b***h, use all of my artistry and hambonedness to do my life’s work. I get to be exactly who I am.”