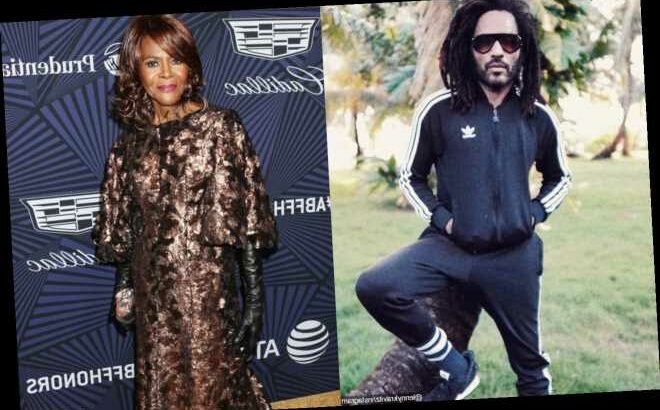 Mourning the loss of the multi-Emmy winner who happened to be his godmother, the ‘Fly Away’ hitmaker reminisces the holidays they spent together and their frequent phone calls.

AceShowbiz -Rocker Lenny Kravitz has shared a moving tribute to his late godmother Cicely Tyson, saluting the acting icon as a “Black queen”.

The multi-Emmy winner passed away on Thursday (January 27), aged 96, and on Friday, Lenny posted an emotional tribute to the woman who became a key mother figure in his life following the 1995 death of his mum, actress Roxie Roker.

Alongside a series of photos of Lenny and Cicely embracing over the years, as well as one of the “Sounder” star’s newly-released memoir, “Just As I Am”, the musician wrote, “With inimitable style and grace, my dear Godmother Miss Cicely Tyson made her grand exit to the heavens.”

“She lived a remarkable life up to the last moment. A true pioneer, who bared her heart and soul so we could witness the spirit of the characters she so brilliantly portrayed, which continue to move and inspire generations. A Black queen who showed us how beautiful black is.”

Lenny continued, “The love between us was and is tremendous. As long as I have had consciousness, I’ve known Godmother. She and my mother were kindred spirits. Sisters. And after my mother passed, Godmother’s role in my life was amplified.”

He reminisced about the holidays spent together, and their frequent phone calls, staying in touch despite their busy careers.

“I constantly felt her spirit over me. She always gave me unconditional support,” he wrote. “She came to my shows, came over for holidays, met me for dinners, stayed with me in Paris when I first moved there, and never let me too far out of her sight. Our phone calls went on sometimes for hours.”

Their last conversation took place just days before Cicely’s death, and Lenny’s convinced she held on until her book’s release so she could share her life story with the world before departing.

“We spoke just a few nights ago and talked about everything,” he shared. “She had just sent me her book that has been sitting on my nightstand where it will remain. She did it all, wrote the book, and then God called her. I can hear Godmother saying ‘ok, now y’all can read about it, I’m going home (sic)’.”

He concluded, “Rest peacefully, Godmother. You did it all exquisitely.”

Lenny’s sweet words emerged following tributes from the likes of Oprah Winfrey, Viola Davis, Tyler Perry and his actress daughter Zoe Kravitz, who posted a picture of a young Cicely on Instagram in the wake of her death.

“Rest in power cicely,” she captioned the image. “thank you for being such a bright light and inspiration in my life. i know you and grandma roxie are together now havin a big ol laugh (sic).”