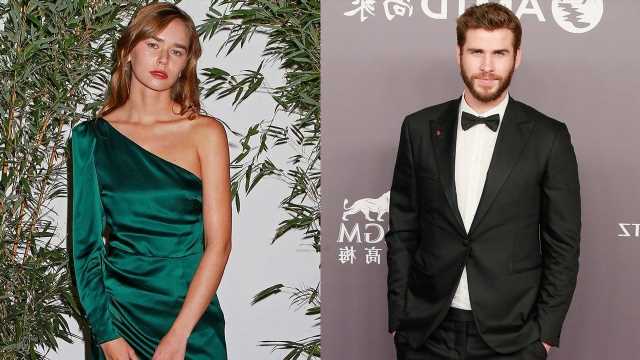 Liam Hemsworth and his girlfriend, model Gabriella Brooks, have gone public. The couple attended the Gold Dinner 2021 in Australia together on Friday, alongside Liam’s older brother, Chris Hemsworth, and Chris’ wife, Elsa Pataky.

Liam shared two photos from the event, which supports the Sydney Children’s Hospital, on his Instagram. In one photo, the couple have their arms around one another as they pose alongside Chris and Elsa, as well as Matt Damon’s wife, Luciana Barroso. In the second photo, Liam takes a selfie at their star-studded table with Gabriella flashing a peace sign.

“Fantastic night raising much needed funds and awareness for one of the most important and challenging issues, children’s mental health,” Liam wrote. “Thank you @itsmondotcom for hosting the evening and all you do for the Sydney children’s hospital @sydney_kids #golddinner.”

Liam and Gabriella first sparked romance rumors in December 2019, when they were snapped having lunch with his parents, Craig and Leonie. The next month, they were spotted kissing at the Byron Bay Beach in Australia.

Last December, a source told ET that the Hunger Games star was focusing on his relationship with Gabriella as his ex-wife, Miley Cyrus, spoke candidly about the end of their marriage. Liam and Miley tied the knot in December 2018 but their marriage lasted less than a year, with the couple announcing their separation in August 2019 following photos of Miley kissing The Hills: New Beginnings star Kaitlynn Carter.

“Liam was very hurt when they initially broke up, but he has moved on now and is happy with Gabriella,” a source told ET at the time. “He’s very traditional and Gabriella shares the same values as him and gets along with his family. Their relationship is easygoing and they have similar upbringings and backgrounds.”