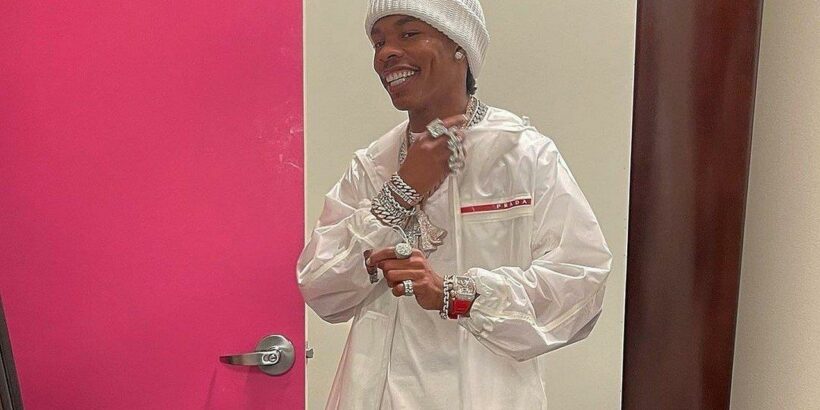 The ‘Bigger Picture’ rapper is furious at New York City jewellery company after finding out the expensive watch he just bought was a counterfeit product.

A representative for the company quickly issued an apology via the company’s Instagram account and confirmed staffmembers had unknowingly sold Lil Baby a counterfeit product.

In a message posted on Rafaello and Co.’s Instagram Story on Saturday, the rep took “full responsibility” for the mix-up and not only refunded the rapper’s money but also gifted him four diamond-encrusted rings to make up for the drama.

“We do stand on our name just like he does that’s why today he got those four rings for free and his money back because we didn’t do our homework on the watch and we take full responsibility for that,” the post read.

The fake watch was flagged by an eagle-eyed employee at a jewellery verification company, who pointed out the fraud on social media.

The “Drip Too Hard” rapper later showed off a video clip of his sparkling watch and the four rings – which spell out the word “four” – but was still raging about the incident.

He wrote on Instagram, “Now @rafaelloandco y’all Kno (sic) better then to sell ME of all people a FAKE Or anything that could be called a FAKE. I stand on my name the same way y’all should ! Ain’t no such thing as a mistake when that money involved !! Don’t F**cin’ Play Wit (sic) me Cause when I’m on that I’m on that (sic).”

He also tagged the account for the Swiss luxury watchmaker on Instagram, writing, “@patekphillipe see this why I need to be on the list!!! After market jewelers going to make me do something I shouldn’t be doing (sic).”