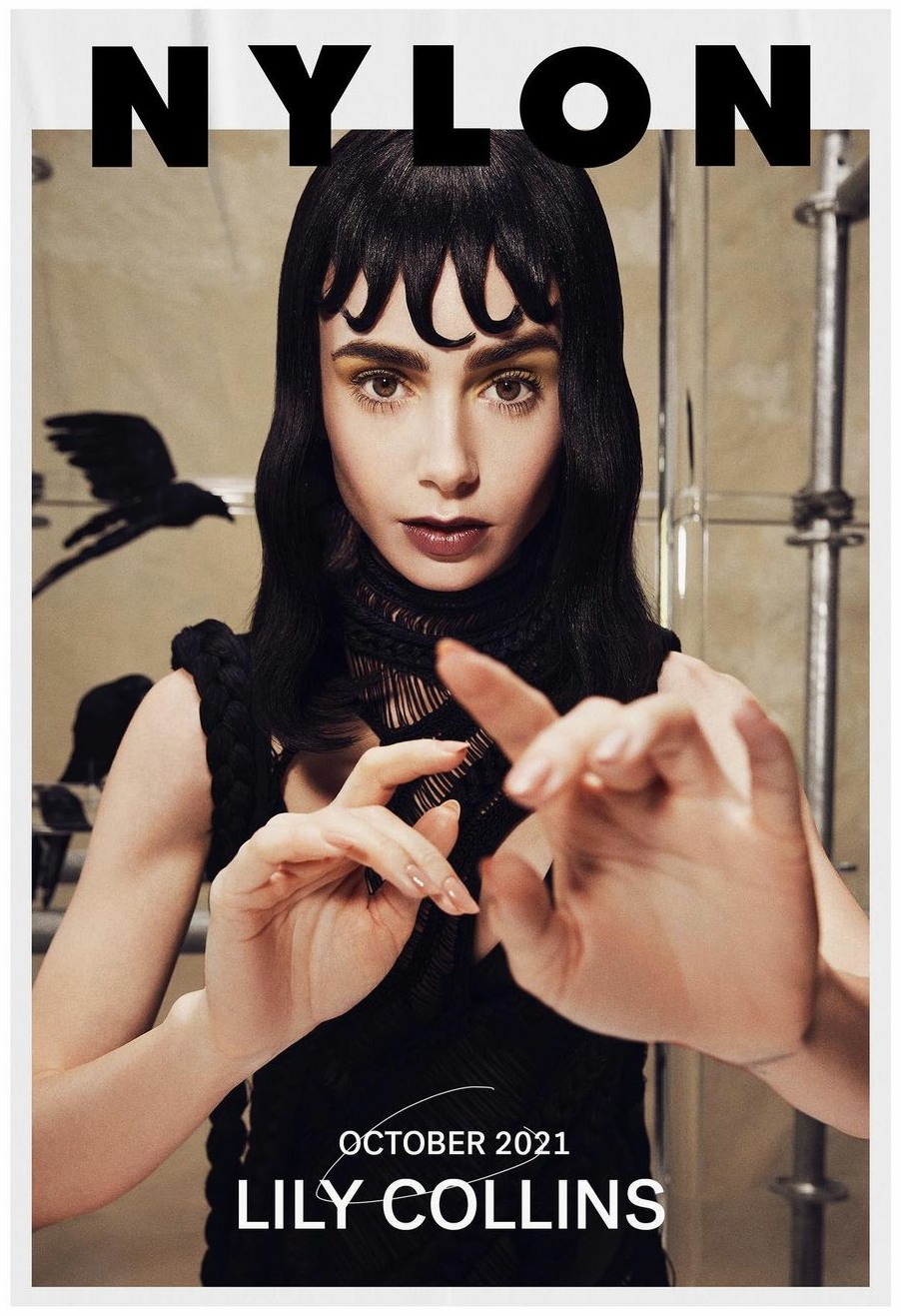 Lily Collins covers the latest issue of Nylon, mostly to promote the new season of Emily in Paris. She’s not just the star of the show, she’s also a producer, and the Nylon piece is full of unexpected flexes about how she brought in more diversity in front of and behind the camera. Her coworkers adore her, because she uses her enormous privilege for good (and she actually admits that she grew up a bicontinental rich girl). Lily also chats a lot about her recent, rustic, Colorado wedding to Charlie McDowell, which she planned while she was working in Paris. Some highlights from Nylon:

Her Colorado wedding: “I was in the midst of planning it while shooting the show, nine hours ahead. Finishing filming and then Zooming with people and answering emails… [It] was very exciting and great; it was just all happening at once.”

Emily in Paris isn’t Sex and the City, but there is a similar-ish vibe: “She’s in no way mimicking Carrie’s life,” Collins says of the comparison, though she concedes, “Emily probably grew up having Carrie Bradshaw posters on her wall.”

Emily is not two-dimensional: “A lot of the qualities that Emily has, if you put them on paper, would seem so annoying. To have someone be optimistic, bright, and bubbly — it’s sad to think that people would look and go, ‘That’s a lot.’ They’re such beautiful qualities, and the fact that she can partner that with being vulnerable and asking for help and making mistakes — she’s not infallible.”

Lily to the haters: “I think that this is a heightened reality for Emily, to be moving to Paris, and what she experiences and what she sees,” says Collins, who studied broadcast journalism at USC and still forms her consonants like she’s practicing for the anchor seat. For what it’s worth, some of the classically Parisian pratfalls that American audiences have called out as evidence of the show’s let-them-eat-cake obliviousness happened to Collins while she was living there, from stepping in dog shit to going a week without hot water in her apartment. “It’s just that when you put them all together in a TV show that also aesthetically looks the way it does, it’s a little less believable.”

She & Charlie went to Copenhagen on their honeymoon: “It was very much an adventure, foodie trip that is atypical of a honeymoon. It was really experience-driven,” she says of their Scandinavian tour, which included “these incredible places that are very eco-friendly and about sustainability, embracing nature, and what is indigenous to the area.”

She loved her outdoor wedding because it reminded her of the UK: “It was very reminiscent of the rolling hills and forests in England. We’re both dual citizens, so it was something that we wanted to lean into.”

Now she’s someone’s wife: “It’s so nice to be able to finally say that I’m a wife, [but] sometimes it makes me feel very old.”

It didn’t even occur to me before now that they’re both dual citizens, they’re both British-Americans with a foot in both countries. That’s kind of cool. I bet their parents are completely thrilled, don’t you? As for the Emily in Paris stuff… I feel the same way about it that I felt about all of the negative energy towards Girls back in the day: there are legitimate criticisms to be had, but at the end of the day, just choose not to watch shows which annoy you. People feel the need to “hate-watch” sh-t just so they can complain about how awful it is, when they could just… not watch it. We’re living in a golden age of programming and streaming options. Just click on something else. 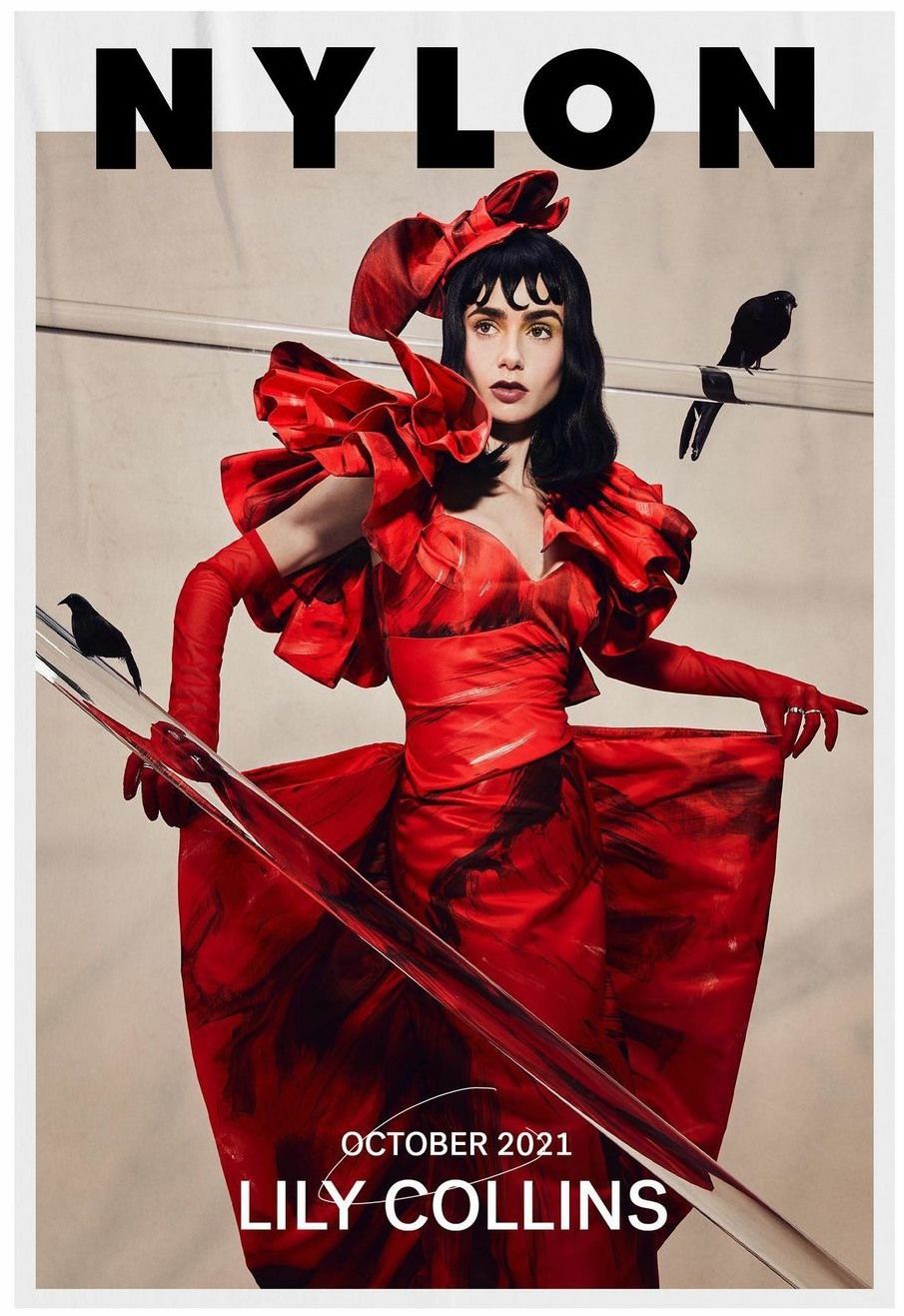