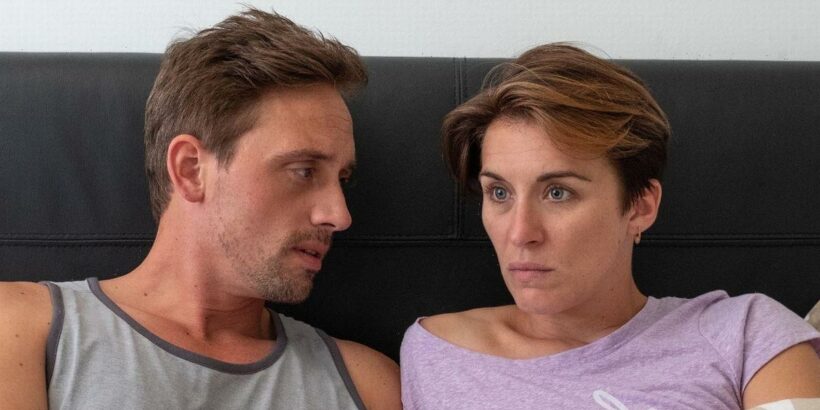 If you’ve been wondering where you’ve seen Line of Duty’s DS Chris Lomax before, it might well be from his other starring roles with Vicky McClure – including playing her lover.

But many fans of the show have been feeling that Perry looks a little familiar, and now they’ve realised that he played Vicky’s coercively controlling boyfriend in I Am Nicola.

That wasn’t the only time they’d worked together either, as Perry also played Flip in This Is England where Vicky starred as Lol.

And in fact the two have been friends since they were 11, with Vicky writing on Instagram: "We’ve been mates since we joined @thetelevisionworkshop aged 11!"

Clocking the reasons that the pair look so comfortable together on screen, one viewer tweeted: “Very late to the party but ive just realised chris lomax was flip in this is england.”

Another person tweeted: “Lomax in #LineofDuty played this legend in This Is England… a fine actor is Perry Fitzpatrick.”

Perry has previously said that he and Vicky are not just co-stars – although he says it will never go further than a friendship.

The actors have been close friends for 20 years and Perry told The Sun: “Me and Vicky, we've been best mates for 20-odd years and, no, we've never gone out with each other.

“We're so close, we're more like brother and sister and our families know each other, so I think it would be weird if we did.

“We know each other so well, we've been friends since we were 11 and we trust each other so much. And her partner, Jonny Owen is great, we’re good friends too.”

Perry’s character in Line of Duty is under a fair bit of scrutiny too, as viewers have begun to wonder whether he could have links to the organised crime group they are investigating.

Ears pricked up when he mentioned that he was heading to the notorious Red Lion pub, which is a favourite of OCG members.

Ryan was an OCG plant in the police being used to intimidate officers and Kate covered up her crime with the help of her boss Jo Davidson (Kelly Macdonald) who is being investigated by AC-12 when it emerged the OCG were blackmailing her over her links to late crime boss Tommy Hunter.

The finale of series six of Line of Duty airs on BBC One on Sunday at 9pm.