The 46-year-old told Desert Island Discs he made the suicide attempt after moving to London from Liverpool in his 20s and struggling to cope with drama school. He said he was also still suffering from grief from when, as a teenager, his grandmother died and his mother had a still birth. He told the Radio 4 show: “I just had a breakdown. I’ll never forget the moment when I was in my mum and dad’s living room and they were trying to see what was happening with me and trying to understand it and I couldn’t really talk.

“I’ll never forget the tears coming down both their faces, saying ‘What can we do. It’ll be OK’. And then the next day I tried to hang myself. It was very calculated and I heard my nana’s voice. “I know it sounds strange and weird… but it’s my truth. I heard my nana’s voice and she shouted ‘Stephen’ and I thought I had gone.

“I just came to, opened my eyes and the rope had snapped, thankfully.”

His own background is mixed race – his grandfather was Jamaican and his grandmother Swedish. And his stepfather, also mixed race, taught him to be proud of his culture.

“There [were] times where, growing up, I was slightly unsure of where I fitted in. Sometimes I would be accepted by my white cousins… and my black cousins wouldn’t really… do you know what I mean? “[My stepfather] just helped me see that who I am and what I am is good enough.” 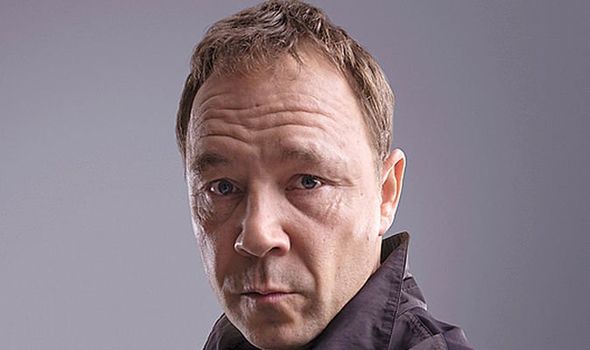 Despite having worked with Scorsese when playing Al Capone in Boardwalk Empire, Stephen had to audition in front of De Niro – who was Capone in The Untouchables.

He said: “I was really nervous. We chatted, it was lovely.

“And then Marty [Scorsese] went ‘Oh yeah, you know. You both have something in common because you’ve both played Al Capone.

Stephen’s discs include Kasabian’s Fire and Ain’t Nobody by Chaka Khan. His book is Jonathan Livingston Seagull by Richard Bach and his luxury is a pillow.