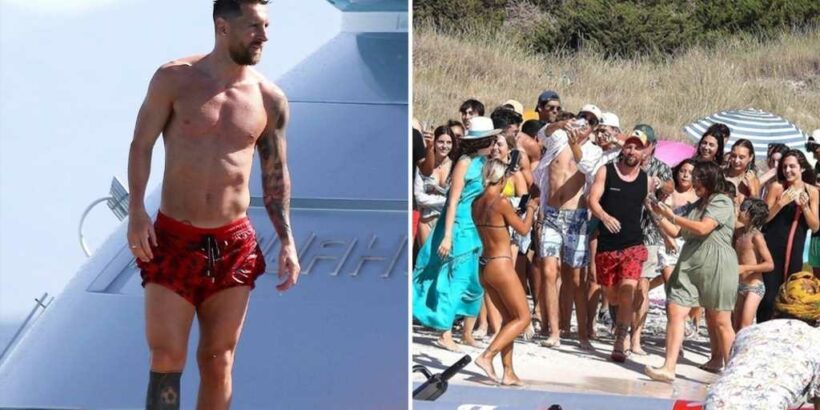 Sometimes being the world’s highest-paid athlete ain’t always easy … ’cause Lionel Messi had to deal with a SWARM of fans while he was trying to get a little R&R in on a vacation this week.

Messi, fellow soccer stars Luis Suarez and Cesc Fabregas, as well as their wives chartered a yacht in Formentera — and when they stepped off of it to grab a bite to eat … a crush of fans mobbed Messi on the sand. 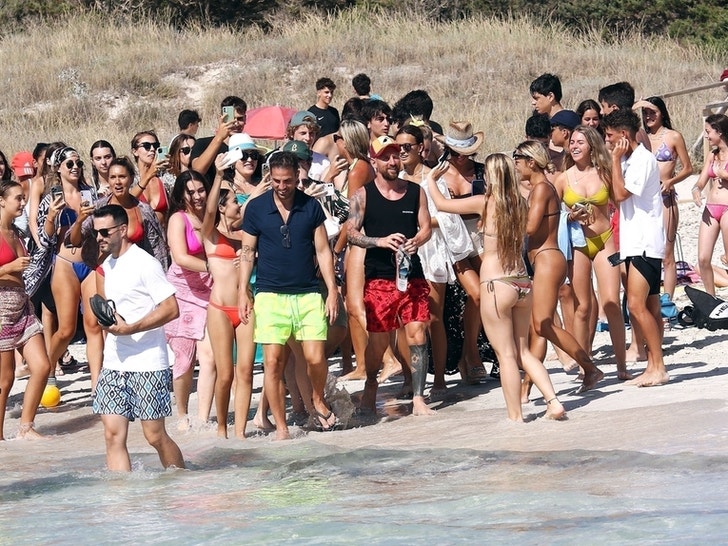 Photos show as the dude was trying to make his way back to the boat following the meal — people did everything they could to get a close-up of the soccer star.

Some fans snapped pictures, while others reached in for handshakes and hugs.

To his credit, Lionel didn’t look to be annoyed … strolling through the sea of bodies with his head held high. 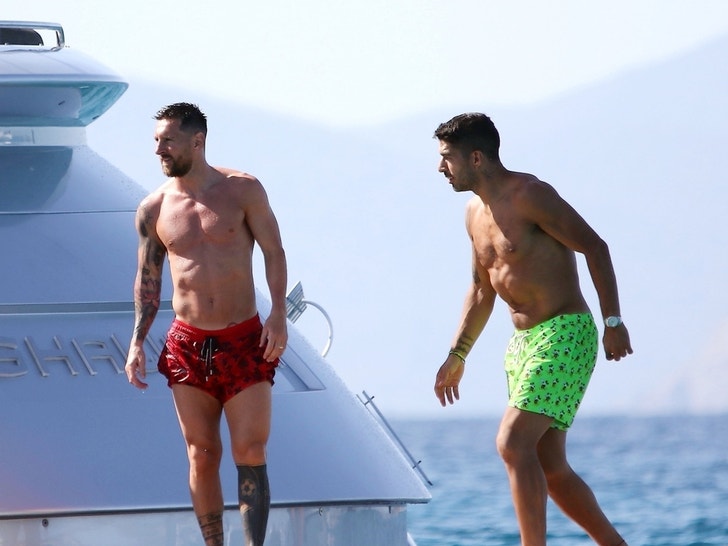 Eventually, Messi and the soccer stars made it back to the boat — where they stripped off their tops and got in some sun and swimming.

The 35-year-old Argentinian icon showed off his ripped bod and flashed a big smile … proving that despite the minor inconveniences of being recognized by throngs of people — it’s still great to be the globe’s best footballer.