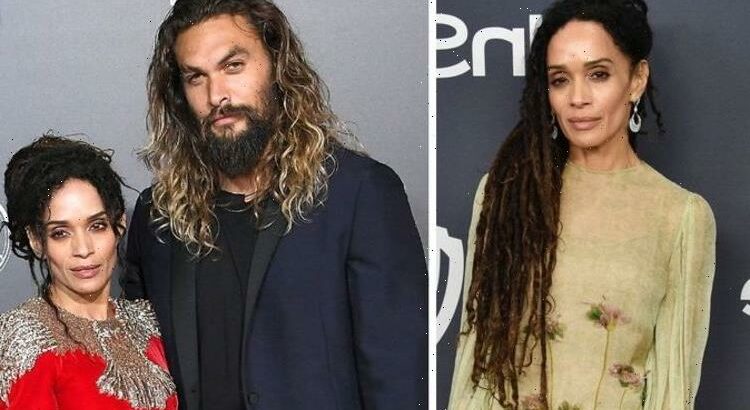 In a joint statement shared by Lisa Bonet and Jason Momoa on the latter’s official Instagram page on Wednesday, the pair said they were freeing each other “to be who we are learning to become”. But during a chat with Marisa Tomei for Interview magazine in December, the mother-of-three appeared to have indicated she was undergoing a drastic change in her life.

We’ve eliminated all this extra noise, and now it’s time to grow our roots

The actress said she is “learning how to be authentically herself” and “stepping into a river of uncertainty”.

When quizzed by the Academy Award winner “what’s calling” her, Lisa replied: “Definitely learning how to be authentically me.

“Learning to be new, and following this invitation from the universe to step into this river of uncertainty.

“We’ve eliminated all this extra noise, and now it’s time to grow our roots deeper into our own values.”

The Aquaman star first met Lisa in 2004 through a mutual friend at a jazz club.

The Hollywood duo began dating shortly after, and by 2007, they went on to welcome their first child, daughter Lola.

Their second child, son Nakoa-Wolf, was born in December 2008.

It was previously believed that Jason and Lisa married in 2007, but it later emerged that they actually exchanged their vows in 2017.

Further in the interview, Lisa insisted that a new revolution was taking place and “we’re all feeling the squeeze”.

“Everything is crumbling out there. The revolution is on the inside, and learning to be new in this new world.”

In their joint statement earlier this week, Jason and Lisa explained that their decision to announce their separation via social media was not “because we think it’s newsworthy”.

They shared that if anything, it was “so that as we go about our lives we may do so with dignity and honesty”.

Lisa is also the mother to actress Zoe Kravitz, 33, who she shares with her ex-husband Lenny Kravitz.

Her marriage with the Fly Away rockstar lasted five years, after eloping in 1987 before calling it quits in 1993.

News of Lisa and Jason’s split will undoubtedly have shocked fans, considering how highly the pair have spoken of each other in previous interviews.

Back in 2016, the Justice League movie star heaped praise on his wife, who he had described as his “dream woman” during a conversation with Huffington Post.

“She’s my dream woman,” Jason expressed. “She’s so amazing because I’m such a dips**t. She’s an angel.”

He added: “God bless her. She’s seeing this one through. I’ve done a lot of dumb things in my life.”