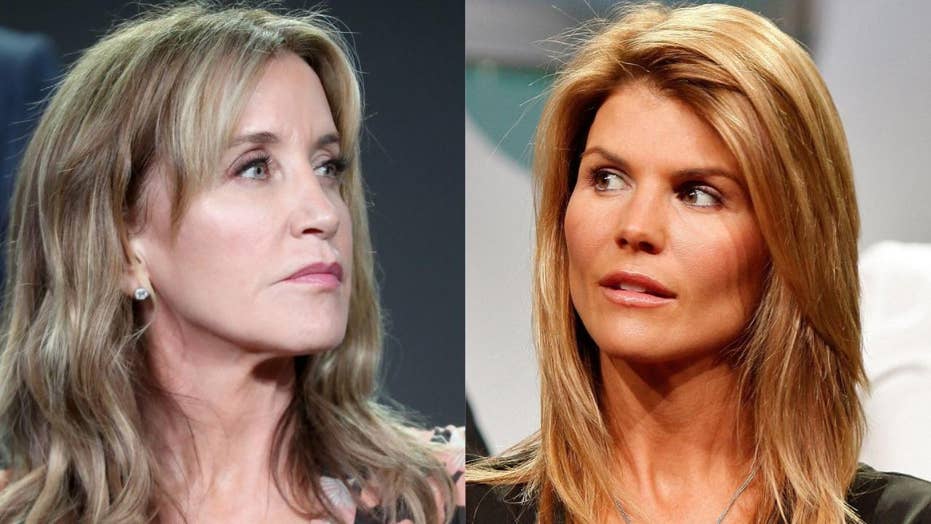 Felicity Huffman and Lori Loughlin are reportedly among the high-profile names charged in an alleged college admissions bribery scam against the coaches at schools including Wake Forest University, Georgetown and the University of Southern California.

"Fuller House" star Lori Loughlin was among nearly 50 charged in a nationwide college admissions scam on Tuesday, and it appears life really does imitate art.

Loughlin, 54, and her husband, fashion designer Mossimo Giannulli, allegedly paid $500,000 for their daughters Isabella, 20, and YouTube star Olivia Jade, 19, to attend University of Southern California as crew team recruits — though the girls allegedly never even were rowers.

Some 25 years earlier, Loughlin's "Full House" character, Aunt Becky, lectured husband Uncle Jesse (played by John Stamos) when he tried to scam their twin sons' way into an elite preschool. In the episode, Jesse claims to be a diplomat and alleges that sons Nicky and Alex have skills including speaking multiple languages and playing musical instruments — despite their being just toddlers.

Becky rejects Jesse's attempts to "lie for" their kids, telling him, " know you want what’s best for them, but you know what? Maybe the fast track isn’t it. I mean, Nicky and Alex are normal and healthy kids, and whatever track they’re on, they seem to be doing okay."

If only Loughlin and her offscreen husband followed her onscreen persona's advice herself.

On Tuesday, a judge ruled Giannulli will be released on a $1 million dollar bond. Giannulli's attorney said part of the reason they came to this agreement was with the hopes that Loughlin, also indicted in the case, would receive the same bond deal as well as be allowed to travel to Vancouver. The judge also ordered that Giannulli restrict his travel to the continental United States.

Loughlin did not appear in court on Tuesday, as she has reportedly been filming a movie in Vancouver. A warrant is out for her arrest, and she is expected to surrender Wednesday.

She and Giannulli are required to appear for arraignment in a Boston courthouse on March. 29.

A rep for Loughlin did not respond to Fox News' request for comment.