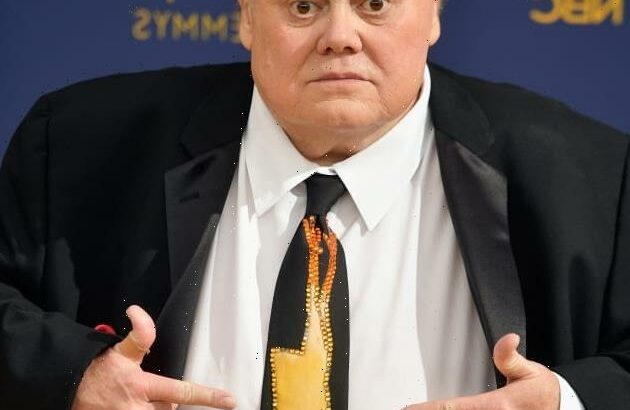 Louie Anderson, a long-time stand-up comedian and actor, died on Friday at a hospital in Las Vegas.

The veteran star had been under the care of doctors because he was undergoing treatments for B-cell lymphoma, the most common type of non-Hodgkin lymphoma.

Just last week, Anderson’s rep confirmed Anderson’s medical status and issued an update on how Anderson was holding up.

“Iconic comedian Louie Anderson is currently in a Las Vegas hospital being treated for diffuse large B cell lymphoma, a form of cancer,” Glenn Schwartz, a rep for Anderson told Rolling Stone in an article published January 18.

“He is resting comfortably.”

Pauly Shore, meanwhile, made note of this same situation himself on Thursday, January 20 via social media.

“Attention comedians and @TheComedyStore alumni’s I say this with a heavy heart just left the hospital in Las Vegas where Louie Anderson his sisters and close friend were kind enough to let me say my goodbyes he’s still with us but keep him in your prayers.”

Anderson won the outstanding supporting actor Emmy Award for his role in Baskets in 2016, after having been nominated for three consecutive years.

He also won two Daytime Emmys for his animated series Life with Louie in 1997 and 1998.

Anderson also hosted Family Feud for several seasons and was previously named “One of 100 Greatest Stand-Up Comedians of All Time” by Comedy Central.

In 2021, Anderson made headlines when he opened up about his recent weight loss journey, revealing he had lost 40 pounds amid the coronavirus pandemic from intermittent fasting.

“I started the pandemic at about 370 or 380 pounds depending on what I was leaning on,” Anderson quipped to host Conan O’Brien during an appearance on his talk show last year.

During this same sit-down, Anderson said he hoping to drop all the way down to 275 pounds.

Yes, I’m going to retire my fat jokes,” he said at the time. “I think I’ll always be funny.

In addition to his resume of making jokes on stage and acting on the small screen, Anderson was a successful author.

He wrote a total of four books, including Hey Mom: Stories for My Mother, But You Can Read Them Too, which was published in 2018.

In 2016, Anderson dedicated his Critics’ Choice Award to his mother and 10 siblings.

“I’m very grateful for this award.

“To my mom, who raised 11 children, and my dad was mean to her,” he said back then. “And no matter how tough it got for Laura Stella Anderson, she never lost her humanity.

“She had so much of it that it dribbled onto me — I didn’t want it, but I found it, and this part has helped me find it.”

Anderson is survived by his sisters, Lisa Anderson and Shanna Anderson.

We send our condolences to the friends, family members and loved ones of Louie Anderson.

May he rest in peace.

Celebrities Who Died In 2022: In MemoriamStart Gallery