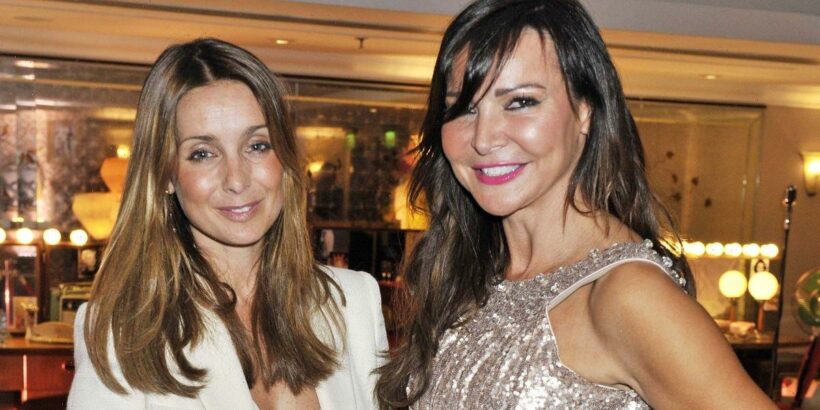 Lizzie Cundy has claimed her friend Louise Redknapp's "heart will be hurting" after it was revealed that her ex-husband Jamie is expecting a baby with his girlfriend Frida Andersson-Lourie.

Louise and Jamie share sons Charley, 16, and Beau, 12, meaning that Jamie's baby with Frida will be his third – much like Lizzie's ex-husband Jason Cundy, who went on to have a third child with a new flame following their divorce.

Former WAG Lizzie, who is often seen at celeb bashes with her friend Louise, has now opened up on how the Arms Around The World singer may be feeling.

She told Closer magazine: "Louise will feel shocked and her heart will be hurting.

"I burst into tears when Jason told me he was going to be a dad again.

"You know it’s over, but you've got your family together and you just don't expect them to start another family elsewhere."

She added: "Louise will always be in love with Jamie. It's difficult when you’ve had almost 20 years together but, as time goes on, she will find someone else.

"It's just going to be tough at the minute as everyone is talking about it. And if she found out via other people, that is bound to hurt, too."

A source told OK! last month how Louise was "knocked sideways" when she found out the news by family members.

Our insider said: "Louise was knocked sideways by the news. Jamie didn't tell her directly, she found out through family.

"She's happy for them both and says life goes on but at the same time, she's shocked by how quickly he's moved on and that he'll be a new dad again at nearly 50.

"A new baby is always a joy but she is concerned at how it will impact their family dynamic."

After pregnancy rumours began swirling, Frida appeared to confirm the baby news on her Instagram when she replied "thank you" to comments from fans.

During a TalkRADIO interview, he replied to a question about the news with: "Yeah I'm really pleased, it's good news. So looking forward to that and it's exciting times.”

OK! online has contacted a representative for Louise for comment on this story.