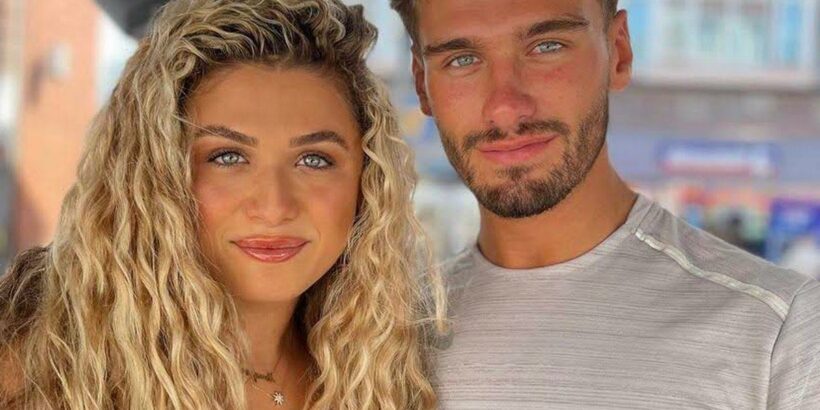 Love Island fans are begging former islanders Jacques O'Neill and Antigoni Buxton to couple up after the pair met up outside the villa.

While Jacques quit the villa two weeks ago after feeling like he wasn't being himself, Antigoni was eliminated just before Casa Amor as the guys chose to save Danica over her.

Taking to Instagram with a joint post, the pair revealed that they took their mothers Janet and Tonia out for brunch in London.

Antigoni and Jacques were all smiles as they posed together and with their mothers.

Their caption read: "Made a real one for life. Took our mamas for brunch. Also why do we look like siblings here?"

In the comment section, Jacques wrote: "My bestie," to which Antigoni replied: "Ily" – which stands for I love you.

While the two were coupled up with other Islanders in the villa, many of their combined 1.2 million followers expressed that the former islanders would make a great couple.

One person wrote: "Please get together."

A second said: "Why don't you 2 get together you would make a great couple lol."

"You two look perfect together, you would make a lovely couple," another commented.

A fourth wrote: "Think you should get together. Paige has shown she doesn't care and has moved on quick enough. Do you and be happy."

Others commented: "You guys actually look quite cute together," "Y'all need to get together" and "Omg be together already!"

During his time on the show, Jacques developed strong connection with Paige Thorne.

However after his antics with Cheyanne were revealed in Casa Amor, Jacques and Paige's coupling became strained.

Things continued to tumble when 2018 islander Adam Collard returned to the villa and took an interest in Paige.

Things then became heated and the morning after, Jacques announced his decision to leave the show.

Speaking to The Sun about why he quit, the rugby player said: "I thought if I don’t get myself out things could go horribly wrong and I could get physical.

"Doing Love Island was the worst decision of my life. I was ready to break down."

Despite taking a liking to Jay, Antigoni wasn't very lucky in the villa as she didn't form a deep connection with anyone before she left.