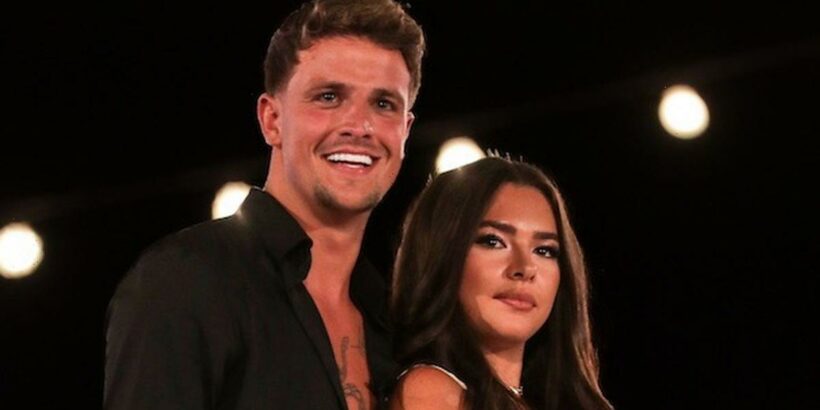 Love Island fans have speculated that Gemma Owen and Luca Bish may have already split after spotting some telling signs on social media.

The couple finished as runners-up on the ITV2 dating show after Ekin-Su Cülcüloğlu and Davide Sanclimenti, who were crowned the 2022 winners.

But during the final on Monday 1 August, viewers took to Twitter as they questioned the status of Gemma and Luca’s relationship.

“Does anyone else think Gemma and Luca have secretly split but are keeping a front just incase they win? The face on him! #LoveIsland,” one wrote, while another added: “Have Gemma and Luca split up yet? Doubt they make it back to the UK still together.”

Another questioned: “Do gemma and luca even like each other anymore why’s this awkward,” while a fourth said: “Everything about Luca and Gemma is just awkward and uncomfortable.”

Other fans spotted that Gemma’s Instagram account had failed to mention Luca in posts about the final, while Luca’s acount posted pictures of them both.

“The difference in luca’s and gemma’s recent insta posts ohhh they’re already over,” one speculatively claimed. “Gemma’s team already distancing her from Luca… where’s their runners up pic hey?” questioned a second.

“Whoever runs gemma’s insta avoids posting luca so bad,” another wrote, while someone else said: “Her family is posting about just Gemma and not Gemma and Luca on insta.”

Another comment on Instagram read: "the fact they posted without luca." Another said: "Why have you not posted about both Luca and Gemma?"

However, many others have defended their relationship.

"Not sure why Luca and Gemma are getting all this hate. He's a guy who's clearly in love and she's in love too. Just because she's not over the top and in your face about it like others. I truly believe it's genuine," one wrote.

"Luca and Gemma deserved their place and I hope they go on to do big things," another said, while someone else added: "I think luca and gemma are genuinely into each other."

It comes after fans noticed Luca looking "fuming" as he came second in the show's finale.

Pointing out his reaction, one viewer quipped: "Luca is going to ask everyone in the country who they voted for. He’s fuming."

Another wrote: "The mask slipped from Luca for a split second, it was little but I caught it. He is fuming!!!"

Several fans claimed Luca had looked confident he and Gemma would win the show.

"Just feel that Luca will be sat there fuming like ‘so who didn’t vote for us?’" joked another fan.

Luca and Gemma have been coupled up for the majority of Love Island. Gemma started her journey with Liam Llewellyn, who quit the show after just a few days.

She later coupled up with Davide, sparking viewers to complain about the eight-year age gap between the couple.

Meanwhile, Luca was paired with Paige Thorne, but eventually made his move on Gemma.