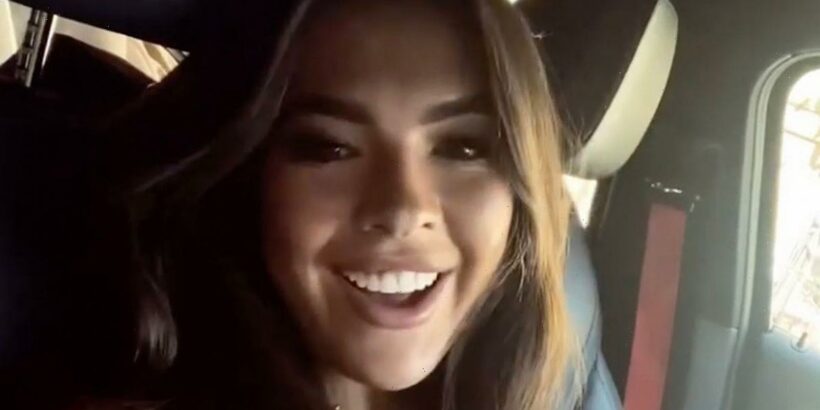 Love Island runner-up Gemma Owen has teased exciting new brand deals in the pipeline for her to fans this week.

While Gemma, 19, missed out on the show’s £50,000 winners’ cash prize with partner Luca Bish, losing out to couple Ekin-Su Cülcüloğlu and Davide Sanclimenti, it seems the horse rider is about to be rolling in the money.

Gemma took to Instagram Stories to let her 1.8 million followers know what’s to come as she filmed herself sat in a car waiting for Luca, 23, who was “in a meeting”.

The dressage champion looked happy with herself, as she said: "So Luca's just in a meeting, I'm waiting in the car all by myself being a supportive girl.

“I've had an amazing couple of days, yesterday was so exciting, so many opportunities, can't wait.”

Gemma smiled as she spoke about her venture with her swimwear brand OG Beachwear, adding: "Flying out for a little trip, catching up with family and family friends to shoot some content for OG [Beachwear].”

The star then grew shy as Luca returned inside the car and coyly finished her update, leaving fans eager to know more.

Gemma’s news comes as it was reported this week that the star has landed a “six figure” major fashion deal with clothing company Boohoo.

While this has not yet been confirmed, a source backed up the former contestant’s point of having had many great opportunities since the villa, as they told The Sun: “[Gemma] had lots of brands keen to sign her."

This comes after the MailOnline reported last month that Gemma had been “bombarded” with brands wishing to work with her following her time on Love Island, as interest in her swimwear brand orders had also “skyrocketed”.

Despite losing the ITV2 dating competition, the ex islander is now predicted to win big with her upcoming fashion deals.

An insider told MailOnline: “Win or lose, Gemma will make a fortune from Love Island through her fashion label. Since going on the programme orders have skyrocketed.

“And there's also been increasing interest from high street chains and online retailers who would like to discuss working with Gemma. She could make hundreds of thousands.”