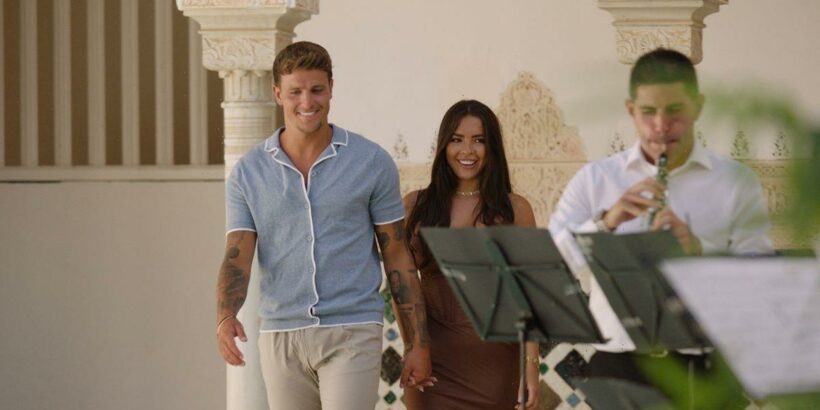 An expert has revealed that Gemma Owen's dad Michael Owen may not be too fond of Luca Bish.

While Louise did state that Gemma had done nothing wrong during the arguments that her and Luca have had, she did express that she voted for Gemma and Luca to couple up from the beginning.

However, body language expert Inbaal Hongiman has insisted to Daily Star that Luca's "immature" and "explosive" behaviour when frustrated is not having a good effect on Gemma's parents.

She SAID: "Whether consciously or subconsciously, everyone can pick up on body language cues. Smiles, huffs, claps and crossed arms are all universal signs that exhibit how people feel. Non-verbal communication accounts for 60-70 percent of human communication.

"Gemma's parents, watching their beloved teenage daughter from home, must be analysing every tiny gesture on their TV screen, and they can't possibly be forming a favourable opinion on Luca based on what they're seeing."

While it is unknown what Michael thinks about Luca, he did previously reveal that he lets his wife fill him in on the activities of the island due to finding it difficult to watch.

"There’s things a dad doesn’t need to witness. He’s seen a few of the episodes and from what he’s [seen], he thinks Luca and the other guys on the island seem like pretty decent fellas.“

They added: "If Luca ends up officially going out with Gemma, [Michael] will definitely want to meet him and make up his own mind on the guy. Any father would.”

Despite the reports, Louise revealed to Gemma that her dad was very proud of her.

Gemma and Luca were saved by the public in last night's episode, Sunday 31 July, after being nominated as the 'least compatible' couple.

Although they were happy to be saved, Luca wasn't too impressed that three of the other couples had nominated him.

Confronting Dami and Indiyah about why they nominated him, they revealed that it was due to their arguments and Luca's protectiveness.