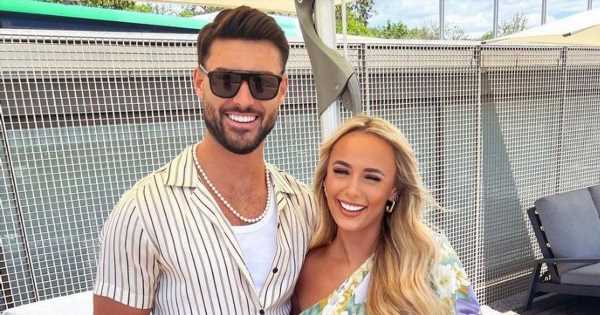 Love Island 2021 winner Liam Reardon has spoken out about the difficult time he has had since his shock split from girlfriend Millie Court.

The 23 year old Welshman, who had become a fan favourite along with his partner Millie during ITV2's show last summer, moved out of their home a few weeks ago and has opened up about the tough adjustment to single life.

Since the split, Millie has been living it up on holidays with her friends whilst Liam has kept a lower profile on social media.

But the reality TV star decided to address the situation during an impromptu Instagram Q&A where he admitted that things have been "difficult" since his split with Millie.

He told fans: "A lot of you asked how I've been coping.

"I'm doing good thank you to all that asked. It's been a difficult few months, with moving from my home in Essex to moving back to Wales and now back living back in Essex on my own."

Liam continued: "Break-ups can be very hard and being in the public eye just make it that extra bit more difficult to deal with especially when you have rumours etc coming out and people judging your character off something which isn't true.

"But I've been down and when you're down you can either stay down or do what you can to pick yourself up, dust yourself off and move forward. And that's what I'm doing."

The Welsh star added: "Just want to say love to all you guys who follow and support me, especially over these past few months it means the world."

Millie and Liam moved in together just a few months after winning Love Island last year.

However, in July the pair decided their future together was not meant to last.

Liam's message to fans thanking them for support has come after reports that he has agreed to be on the next series of E4's Celebs Go Dating, just six weeks after confirming the break-up with Millie.

The couple had been together for just over a year and Millie recently said that for her "It's not the best thing in the world [at the moment],” during her own Q&A.