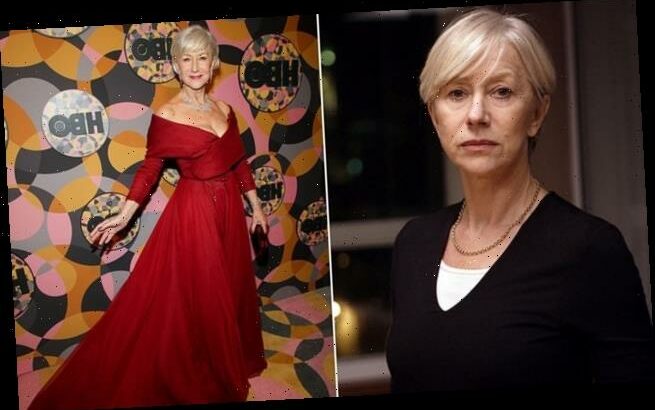 SEBASTIAN SHAKESPEARE: Lynda La Plate is on the trail of her Prime Suspect as she eyes revival of hit show

Now, she could be persuaded to return to her greatest role after a gap of 15 years.

The creator of Prime Suspect, Lynda La Plante, wants to haul DCI Tennison out of retirement to investigate a cold case — and have Mirren back playing her. 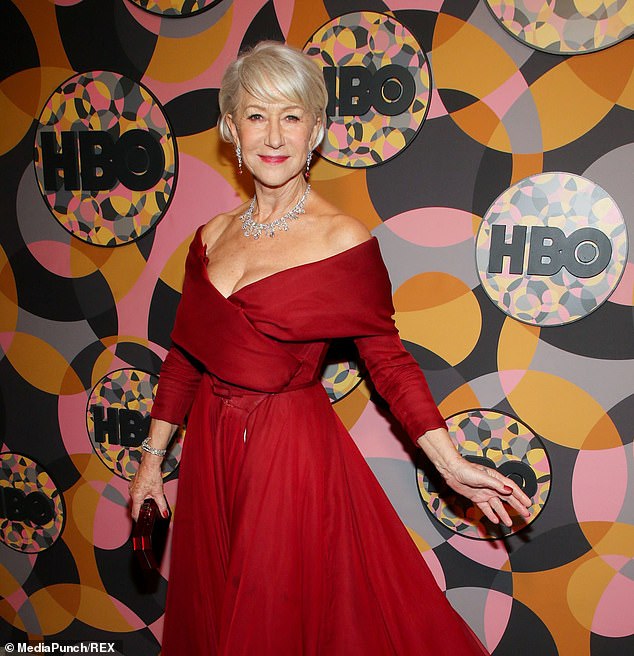 Since Mirren gave up in 2006 after starring in the role for 15 years, she has won an Oscar playing Her Majesty in The Queen, and La Plante concedes she could be hard to persuade to return.

‘She’s so hugely successful, and such a big movie star now. I keep in touch with her, but mostly on a ‘congratulatory’ basis,’ she says.

She had Helen in mind for the part from the beginning. ‘It was quite a fight,’ she recalls. ‘They were very much bringing up names who were completely wrong for her. I kept saying no.

La Plante brought back the detective in 2015 in the first of a series of prequel novels featuring a young Tennison, rewinding to the 1970s as the 22-year-old WPC is drawn into her first murder case.

But the writer fell out with ITV executives over creative differences concerning the 2017 TV adaptation, Prime Suspect 1973, starring Stefanie Martini, which was axed after one series.

The Countess of Carnarvon of Highclere Castle, where Downton Abbey was filmed, admits she struggles with Zoom calls and would much prefer to communicate in the style of Downton’s Countess of Grantham, played by Dame Maggie Smith.

‘I am mildly unprepared for a Zoom call, at least certainly in terms of appearance,’ says Lady Carnarvon.

‘On both sides of the call, gone is the previous formality of dress and make-up, and even when the top half of the caller looks smart, there is always the sneaking question of whether they are still wearing their pyjamas on the bottom half.

An old-fashioned phone call is a more prudent option, and the apparatus which was so new to the Countess of Grantham in Downton Abbey is increasingly rather reassuring today and often the ‘safer’ option.’

Being a star mum is not a Tatanic struggle for Kate

She is worth £50 million. So it’s little wonder that Kate Winslet has been able to juggle the demands of a high-flying career with motherhood.

Now the Oscar-winning actress, who has three children by three different husbands, is urging ordinary working mothers that they, too, can do the same.

‘I think that’s a really important thing for young girls to understand,’ says Winslet. ‘Sure it takes a bit of juggling and determination, but you can absolutely follow your dreams, you really can raise a family at the same time.

‘And you aren’t often giving your children less attention just by pursuing your passion — often it will open their eyes to seeing you work and loving the job that you do and following your dream ultimately makes you a happier individual and a happier parent.

So I think there’s a common misconception around motherhood and work.’

A fruity birthday bash for Kirsty B

The fourth richest woman in Britain with a £9.2 billion fortune, songwriter Kirsty Bertarelli celebrated her 50th birthday this week.

The former Miss UK, who is married to Italian-born Swiss businessman Ernesto Bertarelli, hosted a bash for ten pals in Gstaad, where she has an £8 million chalet.

Receiving remote birthday wishes from friends including royal fashion designer Alice Temperley and former ‘It girl’ Tamara Beckwith, the mother-of-three was also treated to a video online involving those who couldn’t attend.

‘It was something I will never forget in a million years,’ says Kirsty, who was presented with this fruit meringue cake by her daughter, Chiara, on the night.

‘The love and celebration of me just being me with no judgment has made life worth living. It’s a new chapter that I can only learn and grow stronger from — knowing there’s an army of support, love and protection around me.’ 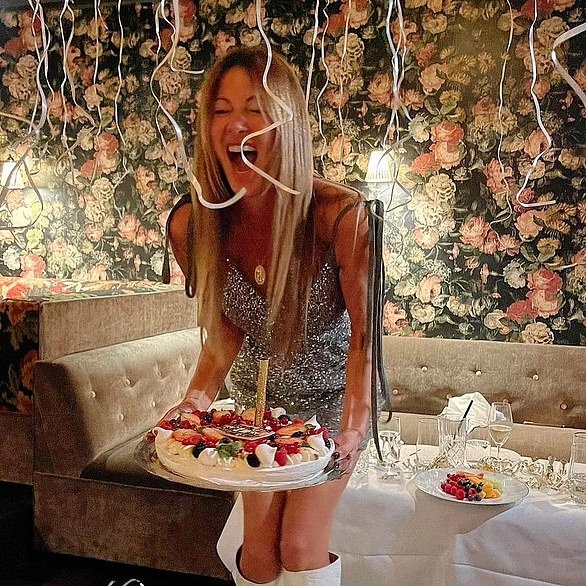 The fourth richest woman in Britain with a £9.2 billion fortune, songwriter Kirsty Bertarelli celebrated her 50th birthday this week (pictured)

Humble joys suit to a tea

TV wildlife broadcaster Kate Humble sings the praises of the occasional solitary walk and advises people to exercise outside even in bad weather.

‘If I don’t go outside, I feel miserable,’ says Humble, who lives on a farm in the Wye Valley with her husband, Ludo Graham.

‘I think there’s truth in the saying ‘there’s no such thing as bad weather, just the wrong clothes’.

‘Even if it’s freezing cold and raining, and doesn’t look like much fun, just bundle up and you will always feel better for it. T

Shock rock godfather Alice Cooper, whose gruesome on stage antics incorporated blood, snakes and guillotines, reveals that he has used lockdown to master the more genteel art of tap dancing.

She portrayed Princess Margaret in The Crown as enjoying a morning routine of breakfast in bed at 9am followed by two hours under the covers reading papers and chain-smoking, but actress Vanessa Kirby, admits she has some bedroom secrets of her own.

‘Forced to be in one place, I now have massive gratitude for tiny things,’ says Kirby, 32. ‘Like I have these really cosy teddy bear sheets — it’s quite embarrassing actually — but I wake up every morning and I’m like: ‘Oh my god, these are so nice. I’m so lucky to have a nice bed and live with my sister and I appreciate everything about her.” 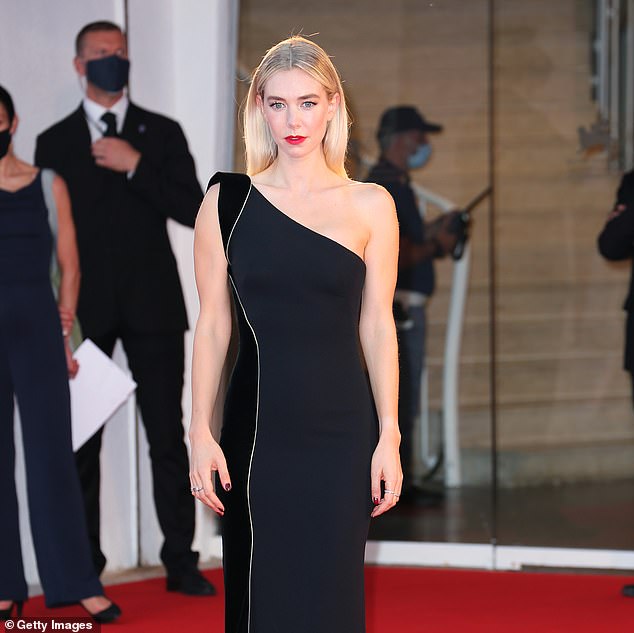 Vanessa Kirby, pictured on the red carpet at the 77th Venice Film Festival in 2020, portrayed Princess Margaret in The Crown as enjoying a morning routine of breakfast in bed at 9am followed by two hours under the covers reading papers and chain-smoking

Vince Cable has revealed that he could have ended up as a pilot. ‘I got my pilot’s licence as a young man in Kenya so could in theory have made a career out of flying,’ says the former Lib Dem leader who has just published a new book, Money And Power. ‘But the truth is I’ve always preferred trains to planes.’

‘This is my sister,’ said the 52-year-old Dane, sharing a picture of them together. ‘She’s 23. No wait, she’s not 23, but she looks it. Damn Anita, how do you do it? It’s probably because you’re always so happy and full of joy.

‘You’re like a wondrous child, always singing and laughing. I love you so, so much and can’t wait to hug and kiss you.’ 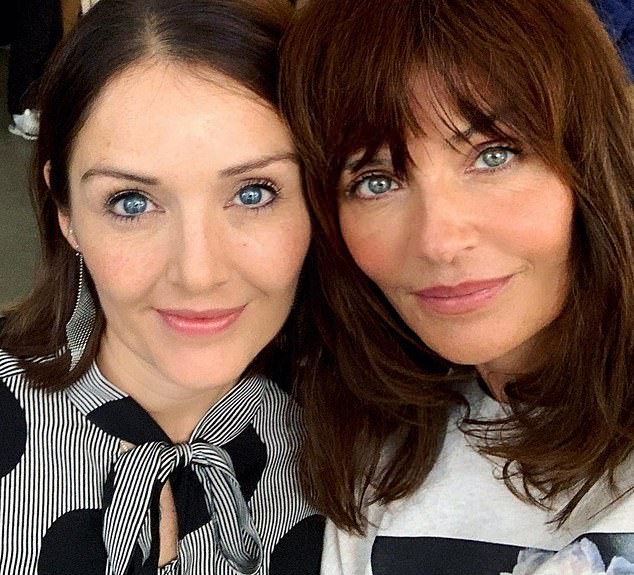