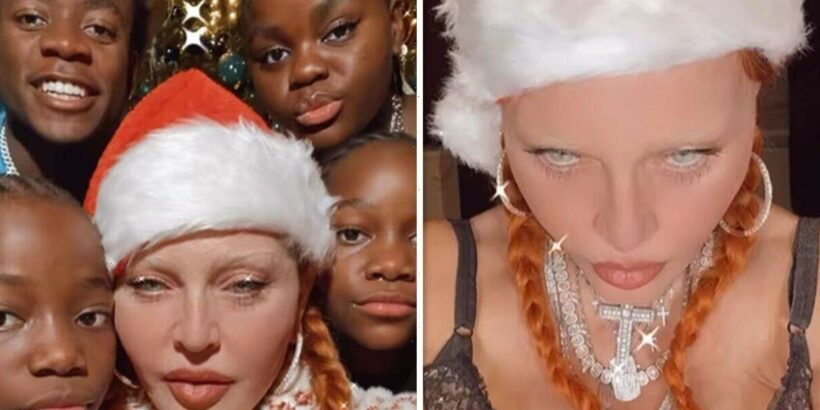 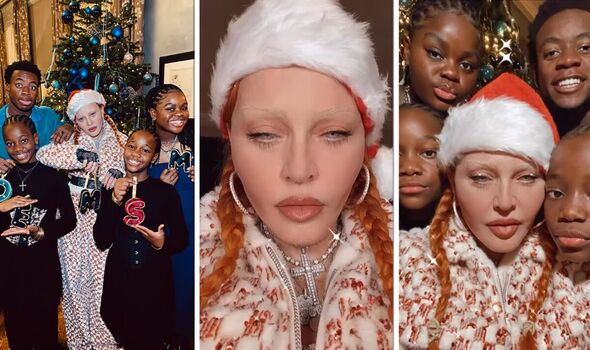 Madonna, 64, dresses up 10-year-old twin daughters in corsets and high heels for Christmas

Madonna, 64, appeared alongside four of her children, David,17, Mercy, 16, and 10-year-old twins Estere and Stella.

Madonna, 64, appeared alongside four of her children, David,17, Mercy, 16, and 10-year-old twins Estere and Stella.

Both David and Mercy stuck to the colour palette with the former donning a chic blue shirt, while his sister looked elegant in a flowing blue dress.

But the twins were dressed differently from their siblings, with plain black outfits featuring statement corset belts and sparkling black high heels.

Madonna herself was pictured in a fluffy patterned onesie with lacy black gloves and a festive santa hat.

Each family member held a Christmas tree ornament featuring their own initials in shades of blue and red.

The twins’ outfits garnered some backlash, as a few followers deemed the duo dressing up in corsets and heels to be “inappropriate” for their age.

Not one to shy away from controversy, Madonna later teased what she was wearing under her onesie in a quick Instagram video.

The girls’ high heels and cinched corsets were deemed “inappropriate” by some followers in the comments section.

Madonna shared a few clips on her Instagram story as her son showed off his dance moves.

The singer showed a close-up of her festive makeup, fluffy onesie and sparkling chains.

In a quick transition, the songstress also showed off what was underneath her onesie

She posed in her lacy bustier to the tune of Eartha Kitt’s Santa Baby.

All five family members managed to fit in frame for the festive selfie.

The family’s London photoshoot was only missing two members

Madonna’s two eldest children, 26-year-old Lourdes and 22-year-old Rocco, were nowhere to be seen in this year’s family portrait.