Madonna‘s concert series in New York City should be a great time for fans of the “Material Girl,” but anyone trying to sell rip-off materials — hats, t-shirts, posters, etc. — better think twice.

According to the docs … Live Nation wants folks attempting to sell unauthorized concert gear to be banned at all 17 shows scheduled in September and October. This includes apparel, buttons, tour books and anything else that jacks Madonna’s trademarks without permission. 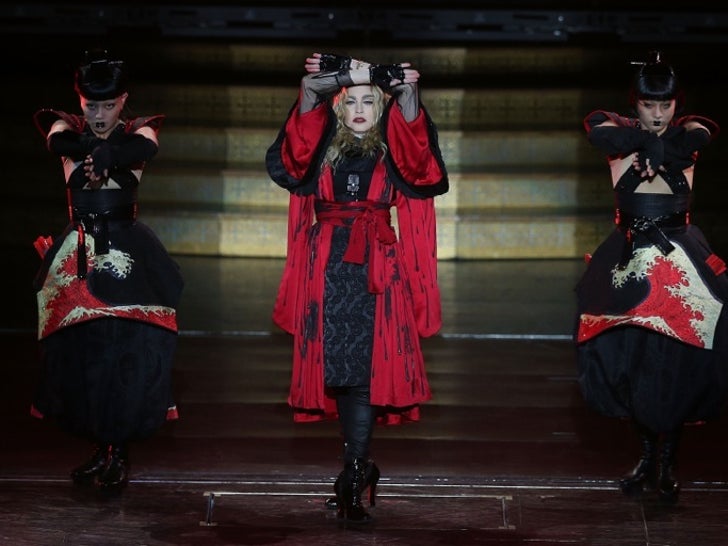 Live Nation claims bootleggers cause huge financial losses, and it’s asking the court to order them to turn over any rip-off merch for destruction … and give cops the power to seize unauthorized items found in the area.

BTW — Madonna’s not getting special treatment here. Live Nation’s done this in the past for other performers … like Coldplay and John Mayer.