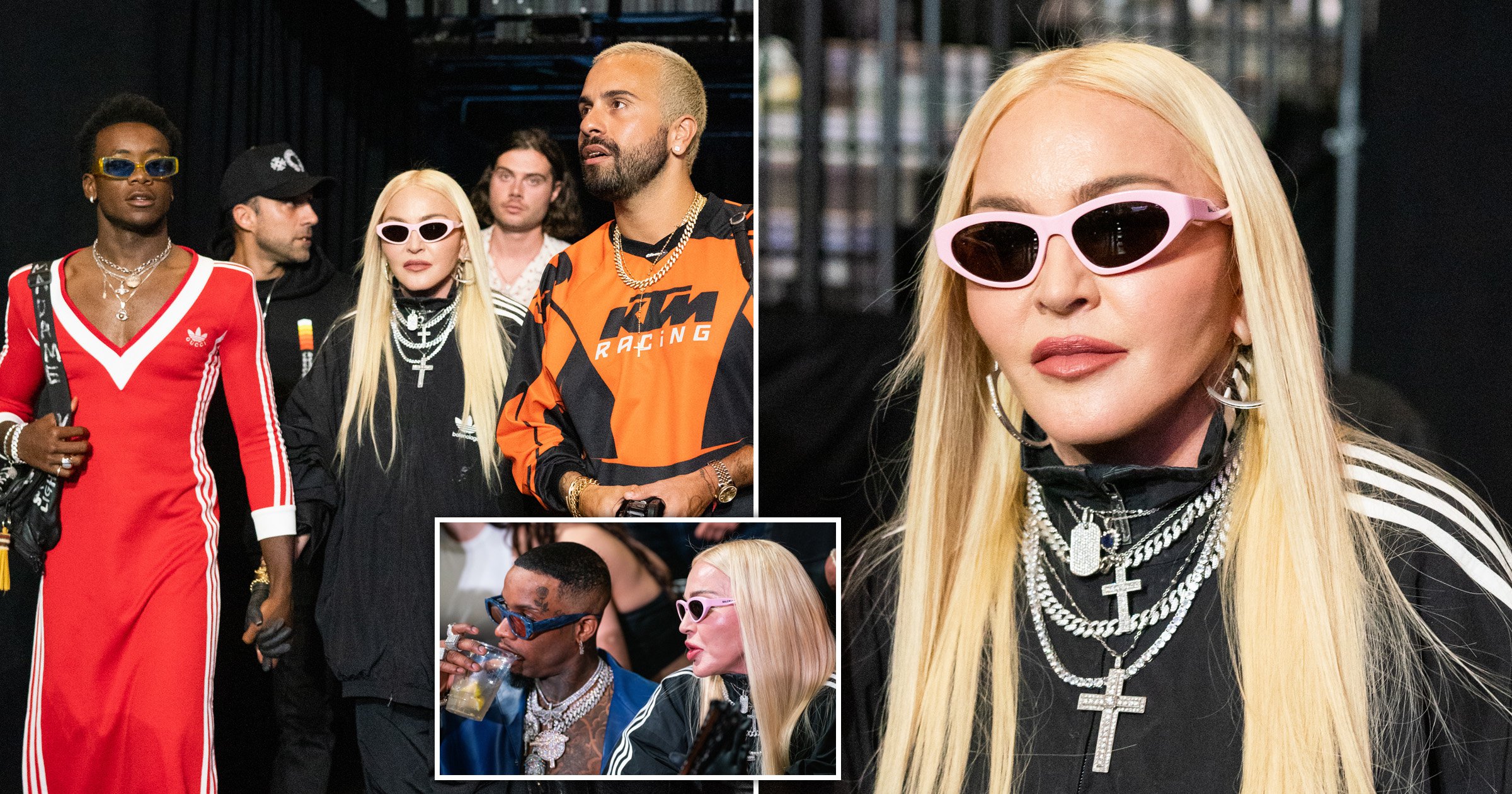 We were treated to a trip down high fashion’s memory lane this week by Madonna’s son David Banda.

The 16-year-old was spotted alongside his superstar mum at the WBA World Lightweight Championship in New York City, and fans instantly recognised his familiar get-up.

That’s because it appeared to be a direct tribute to the red and white Adidas dress the legendary pop singer wore to the premiere of Oscar-nominated movie Sleepless in Seattle, in 1993.

At the premiere, Madonna, who attended alongside Rosie O’Donnell, wore a burgundy dress with the telltale three, white stripes, as well as matching trainers, which influenced David’s outfit – a collaboration between Adidas and Gucci.

‘The archival original was part of an official collaboration between the sportswear brand and Laura Whitcomb of Label NYC and re-envisioned by Alessandro Michele within his Exquisite Gucci collection.’

David’s look turned several heads at the Barclays Centre as they strutted together, but the star’s child wasn’t the only person whose get-up was a gift for the cameras – because of course the Queen of Pop, 63, was never going to be upstaged.

The Vogue singer donned an Adidas garb of her own, opting for a lengthy jet-black tracksuit, accented by silver crucifix chains.

The pair both wore sunglasses and held hands as they entered the arena.

David first made big headlines in October 2006 when Madge and her then-husband Guy Ritchie, 53, travelled to Malawi to adopt him.

He was welcomed into Madonna’s growing family in the mid-2000s, with the Like a Prayer hitmaker having already given birth to Lourdes Leon, 25, and Rocco Ritchie, 21.

Madonna then returned to Malawi in 2009 to adopt Mercy, 16, and then again to adopt twins Esther and Stella Mwale, both currently aged nine.

‘I would just close my eyes and think “Why isn’t my kitchen filled with dancing children?”’ she said to People magazine in 2017.

She continued: ‘[Adoption] is inexplicable… You look into the eyes of somebody, you feel their soul, you feel touched by them – that’s it.’

And with David paying a memorable tribute to his mother’s iconic look from the 90s, Madonna’s dream has definitely come to life before our eyes.

The pair seemed to greatly enjoy the fight alongside friends and appeared to have a great time as Gervonta Davis triumphed over Rolando Romero in the night’s big match.