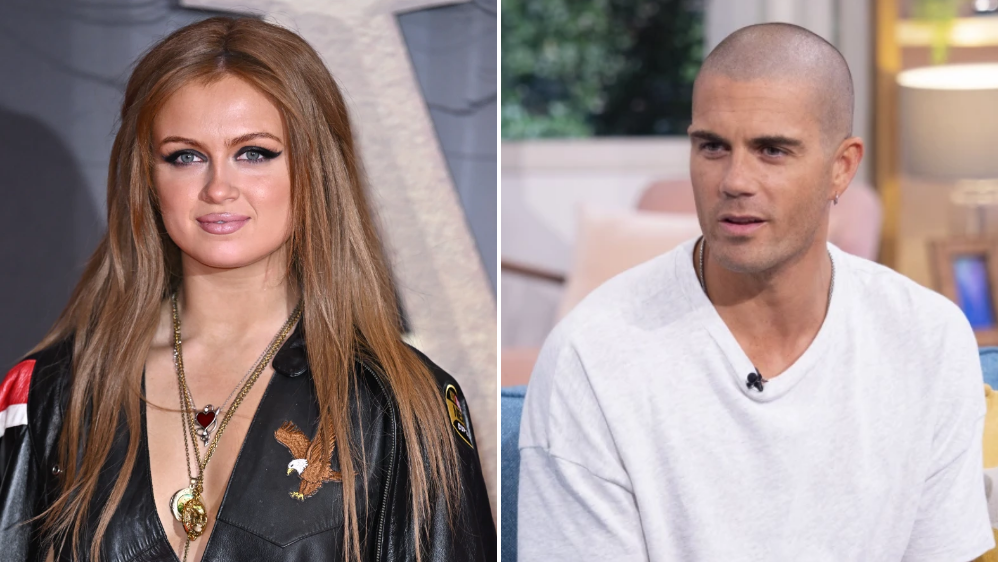 Strictly Come Dancing co-stars Maisie Smith and Max George are said to be dating after recently being spotted kissing on a busy flight.

Their romance was exposed after the 21-year-old EastEnders actress and the 33-year-old Wanted singer were photographed on a Jet2 plane taking them on holiday to Crete.

Reports of their blossoming relationship come just days after it was claimed Max had split from Ryan Giggs’s ex-wife Stacey Giggs for a second time.

Onlookers alleged that Maise and Max were ‘all over each other for the entire four-hour flight’ and were snogging.

A source added to The Sun: ‘They are definitely an item. My wife said it was a bit over the top at one stage.

‘They were smooching, holding hands and kissing.’

The pair were also pictured trying to keep a low profile on the flight, with Max wearing a red bucket hat and Maisie sporting a pair of oversized sunglasses.

Maisie and Max both competed in the 18th series of Strictly in 2020, with Maisie coming second with partner Gorka Marquez behind winners Bill Bailey and Oti Mabuse.

News of the couple’s supposed romance follows reports of Max’s split from Stacey.

The singer first started dating Stacey at the beginning of 2018, with the pair confirming their romance on Instagram in May of that year.

Despite a brief split, they had seemed loved-up ever since. Stacey, 42, was by Max’s side at the funeral of his bandmate, Tom Parker, in April, but they have reportedly now gone their separate ways once again.

Max hit the headlines earlier this month when he unveiled a tattoo tribute to Parker, following his death in March, at the age of 33, after battling a stage four glioblastoma brain tumour.

Sharing a series of images of himself at the studio, as the tattoo artist got to work on his chest, Max revealed the ink which bore Parker’s date of birth: 04.08.1988.

Alongside a heart emoji, Max, who was seen gazing down at his latest ink, added in the caption: ‘Happy Birthday brother… You’re always with me.’

Metro.co.uk has contacted Maisie and Max’s reps for comment.