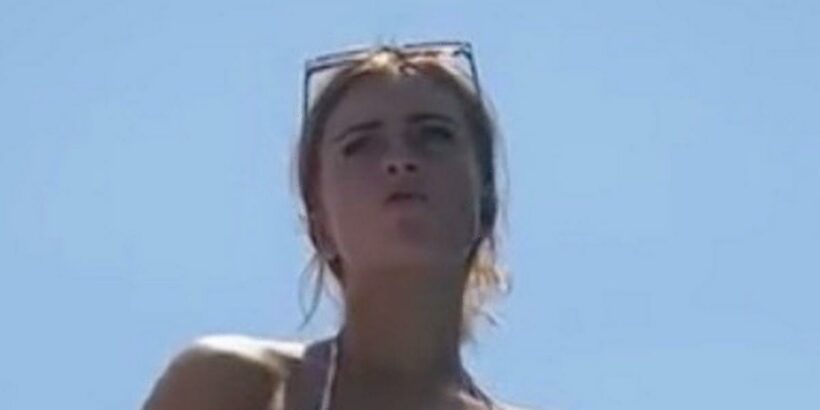 Maisie Smith has been praised for sharing a body positive video on TikTok, where she proudly showed off her "thunder thighs".

The former EastEnders actress, 21, who portrayed Tiffany Butcher in the hit BBC One soap, could be seen walking along the edge of a swimming pool while wearing a silver bikini.

She wore her hair back in a loose bun with a pair of sunglasses balanced on her head as she danced to the hit song Victoria's Secret by Jax.

The lyrics to the song: "I wish somebody would've told me that thighs of thunder meant normal human thighs", then appeared across Maisie's video.

The stunning star made her way towards the camera before concluding her video by striking a fun pose. She simply captioned the TikTok post: "Feel like this sound was made for me".

Maisie's positive video sparked a huge reaction from fans and amassed over 281,000 likes in just a couple of days along with nearly 400 comments.

Her fans were quick to praise her and compliment her incredible figure, with one person writing: "You have forever looked absolutely stunning!!!"

Another added: "You beautiful don’t change for anyone but your self".

Some TikTok users even told how Maisie, who has been open about her battles with body image, has helped them to love their own bodies.

"the girl who made me feel confident about my thighs," one fan said, as another agreed, saying: "u literally made me look at my legs in a completely different way bc you look SO GOOD i love u for that".

Maisie's recent social media post comes after it was reported that the soap star has grown close to her Strictly Come Dancing co-star Max George.

The Wanted star Max, 33, is believed to be secretly dating 21 year old Maisie, with the pair reportedly seen kissing on a recent flight to Crete.

In pictures obtained by The Sun, the stars are seen sitting next to each other on the way to Crete, with fellow passengers reportedly seeing the pair sharing a kiss.

A source told the publication: "They were all over each other. This isn't a flash in the pan. Max has told people that he is falling in love with Maisie."

A passenger said: "They looked like a very loved-up couple – they were all over each other for the entire four-hour flight. Snogging and giggling like any new couple."

OK! has contacted representatives for Max and Maisie for comment.