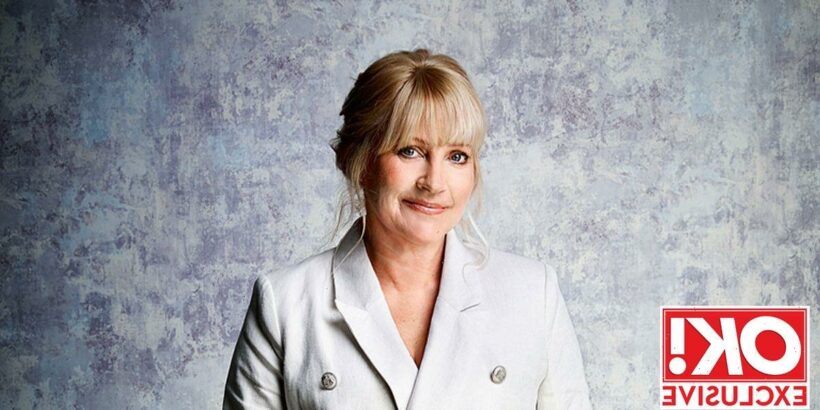 Former Emmerdale actress Malandra Burrows has told of her agony as doctors mistakenly told her her breast cancer was a cyst.

Speaking exclusively to OK! as she revealed her diagnosis, the 56 year old explained how one of the first consultants she saw told her her cancer was a cyst and he “wouldn’t be seeing her again”.

But her relief turned to shock when the third doctor she saw carried out an ultrasound and mammogram and the room fell silent.

Malandra, who played Kathy Glover on the ITV soap for 16 years, said of her journey: “I just happened to catch myself [while exercising] and thought: ‘Good grief, what’s that?’

“I thought it must be a gland, but a few days later it was still there, so I rang my GP and they asked if I could come in the next hour,” she explains.

“A week later I was at the hospital and the first consultant told me it was a cyst. He said: ‘I won’t be seeing you again.’ The relief I felt!”

The follow-up scan and ultrasound showed something that was a lot more sinister. Malandra continued: “The consultant said they needed to see me as soon as possible and added, ‘Could you bring someone with you?

“But I thought I’ve got to take this on my own. I’m single, and I felt I couldn’t do that to a friend.”

And in the end, she wasn’t alone. “When I went in, I found myself greeted by a Macmillan nurse and I just knew.

“She nearly broke down telling me, but I just went, ‘Don’t be daft! We’ll get through it and I’m going to ring that bell [to celebrate the end of treatment].’”

The star is remaining extremely positive in the face of her diagnosis and says she is taking everything “day by day” and being pragmatic about her future.

Malandra was diagnosed with the disease in February, with her consultant telling her she has stage three breast cancer in her left breast.

The former I'm A Celebrity contestant says: “I had to get a new diary this year as everything in my diary from February onwards became empty after my diagnosis,” she says.

“It’s just day by day. I might have a good day, then five bad days, I just have to take them as they come.

“You’ve got to make nice moments, they become so precious. Even though they might be so simple, when you’ve got cancer, they become wonderful, momentous ones.”

For all the latest on your favourite celebrities, sign up to our daily OK! Newsletter.