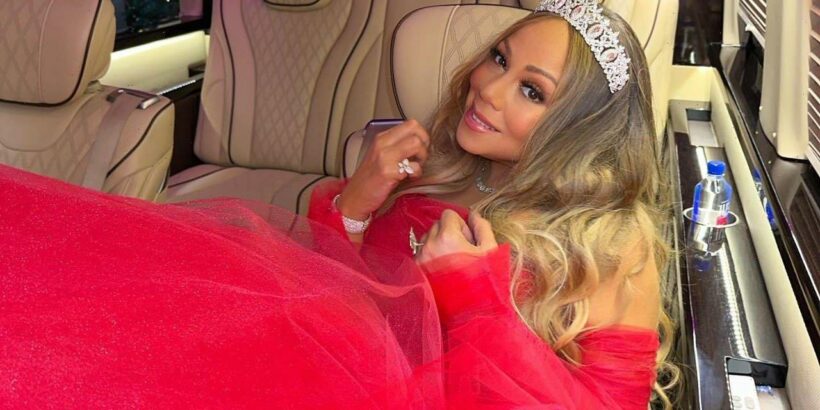 In a new magazine interview, the ‘All I Want for Christnas Is You’ hitmaker explains that her prima donna persona is both an ‘affectation’ and ‘response’ to her upbringing.

AceShowbiz –Mariah Carey “can’t help” acting up to her diva persona. The “All I Want for Christmas Is You” hitmaker made the admission to W Magazine in a phone interview published on Friday, November 25, which she gave while enjoying a bubble bath.

The 52-year-old star said, “There are things people are not aware of because this whole quote-unquote ‘diva’ thing is always what people see first. Yes, I play into it. And yes, part of that is real. I can’t help it. Like, what do you do if you grew up with an opera singer for a mother, who went to Juilliard and made her debut at Lincoln Center?”

Mariah added her prima donna persona is both an “affectation” and “response” to her upbringing. She said she felt “bothered” as a biracial girl growing up in a mainly white neighbourhood in New York, and said her childhood was so “dysfunctional” it is “shocking” she “made it out of that at all.”

Mariah’s mom Patricia Carey, who is white, performed with the New York City Opera, while her black/Hispanic dad Alfred Roy Carey was an aeronautical engineer. The singer told W, “People think I had this princess-style life or whatever, a kind of fairy-tale existence where I just emerged, like, ‘Here I am!’ And that is not what it is. But when you grow up with a messed-up life and then you’re able to have this transformation where you can make your life what you want it to be? That is joy for me. That’s why I want my kids to have everything they can have.”

The mom of two, who has 11-year-old twins Moroccan and Monroe, has published a children’s book about a young girl named Little Mariah called “The Christmas Princess”. But the so-called “Queen of Christmas” said the title it was “not because I think I’m a Christmas princess or any of those things that I’ve never called myself”. She went on saying, “We’re talking about a little girl who rises above her circumstances and ends up helping other people through music.”