Marie Fredriksson – one half of pop duo Roxette – lost her battle with cancer yesterday at the age of 61. Her co-star Per Gessle spoke out about her death on Twitter today in view of his 69,000 followers.

The 60-year-old said “things will never be the same” without the mother-of-two, as he sent his love to her family.

He wrote: “Time goes by so quickly. It’s not that long ago we spent days+nights in my tiny apartment sharing impossible dreams.

“And what a dream we eventually got to share! I’m honoured to have met your talent+generosity.”

Per also added alongside an image of Marie: “All my love goes to you+your family. Things will never be the same.” 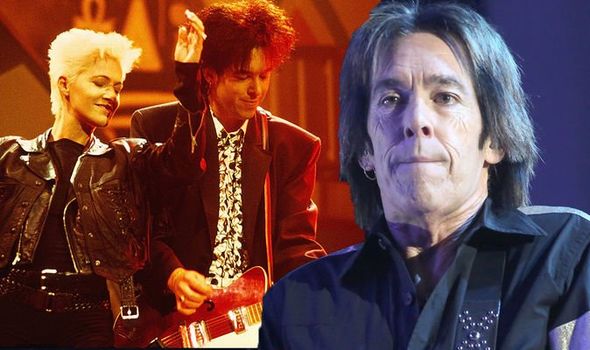 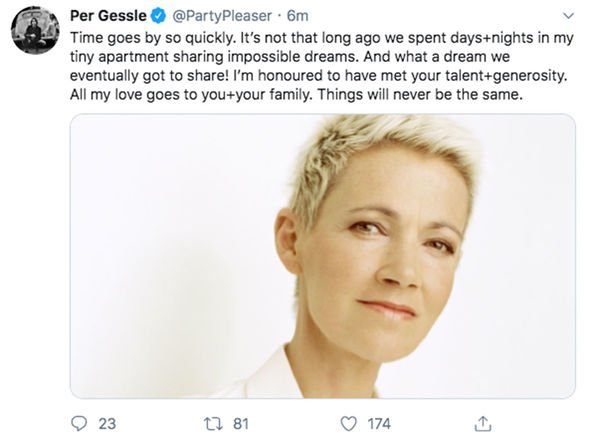 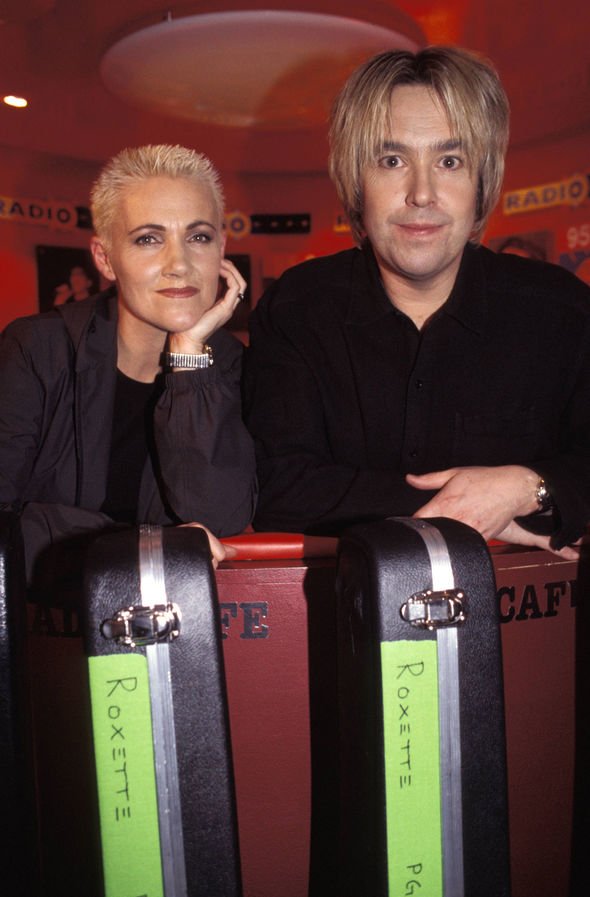 Many fans have also paid tribute, with one writing on Twitter: “RIP Marie Fredriksson, 61.

“Lead singer of ROXETTE who in the late 80s and 90s seemed unstoppable with a string of hits THE LOOK, LISTEN TO YOUR HEART, IT MUST HAVE BEEN LOVE, and JOYRIDE. It was just b****y great music.”

Another said: “This is so sad. A great voice, an amazing person and half of an era-defining duo.

“#rip Marie, thanks for all the tunes, you were a classy lady.#Roxette #MarieFredriksson.” 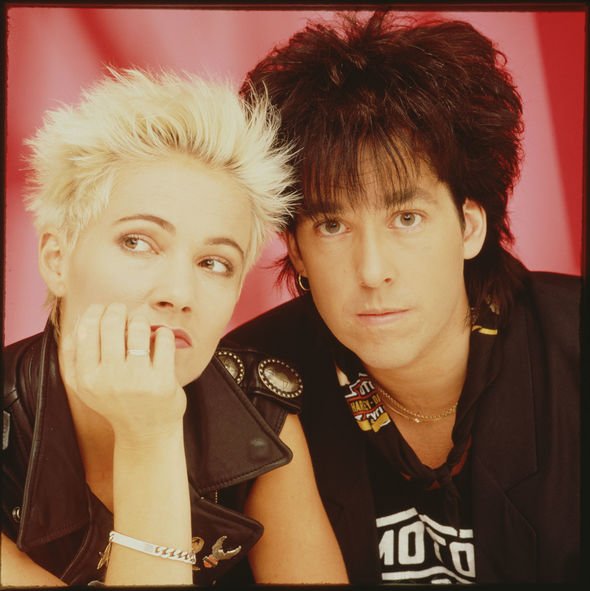 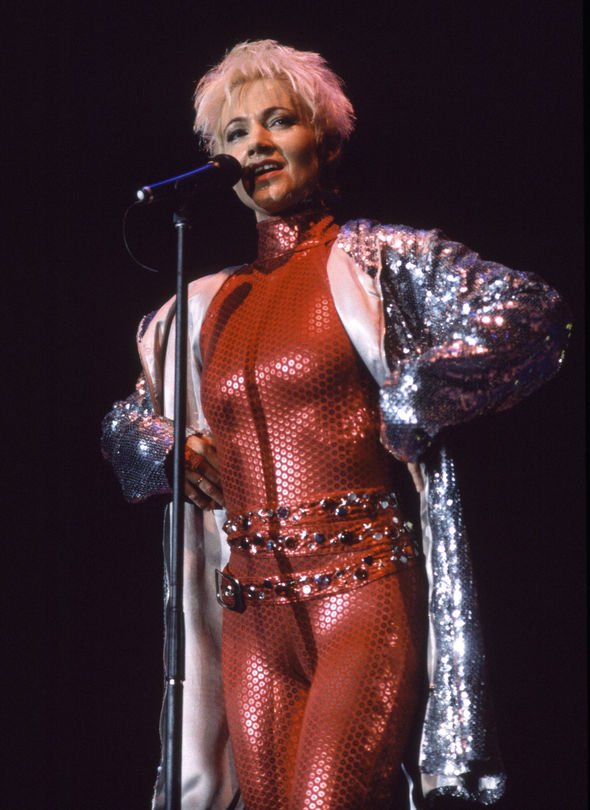 A third wrote: “A pop queen has died. Rest in Peace Marie, thanks for youre sweet angelic voice. The sings with Per are legendary and will be heard for ever and ever. It is a sad day in music land. @realroxette @pergessle #rip #mariefredriksson #pergessle #roxette.”(sic)

A statement from her family obtained by Swedish newspapers read: “Marie Fredriksson is most mourned by her husband Mikael Bolyos and their two children.

“It is with great sadness that we have to announce that one of our biggest and most beloved artists is gone.

“Marie Fredriksson died on the morning of December 9 in the suites of her previous illness.”

The Roxette’s formed in 1986 and they had huge success, including four number-ones, with The Look, Listen To Your Heart, It Must Have Been Love and Joy Ride.

In 2002, Marie was diagnosed with a severe brain tumour and received treatment which was successful.

By 2009, the singer was able to gradually returning to work and began touring again.

Roxette’s tenth studio album was released in 2015 and was due to be promoted with a European tour which would have also been their 30th anniversary.

However, the concerts were cancelled as Marie was advised by doctors to stop touring.

She released a statement at the time saying: “Sadly, now my touring days are over and I want to take this opportunity to thank our wonderful fans that [have] followed us on our long and winding journey.”

A statement released by Roxette’s management company said: “Marie leaves us a grand musical legacy. Her amazing voice – both strong and sensitive – and her magical live performances will be remembered by all of us who was lucky enough to witness them.

“But we also remember a wonderful person with a huge appetite for life, and woman with a very big heart who cared for everybody she met. “

They added her husband Mikael Bolyos and her two children Josefin and Oscar “kindly ask for respect in their grief”.

A funeral is set to take place in “silence” with only Marie’s closest friends and family.