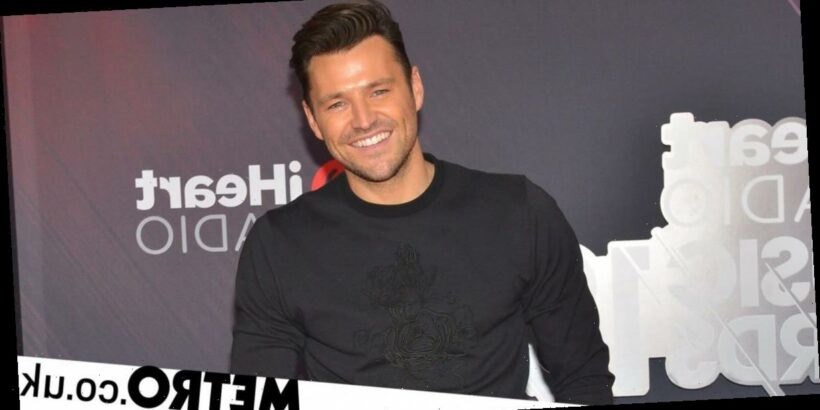 Mark Wright is in for a week of self-isolating, following an outbreak of coronavirus at Crawley Town F.C.

Mark, 34, recently signed with Crawley Town in a bid to revive his footballing career and was seen making his debut for the League Two club against Leeds United.

Reports claim the club has since been exposed to Covid-19 meaning Mark will now have to stay at home for seven days in adherence with government guidelines.

Crawley Town’s upcoming game against Bournemouth has been postponed as a result, with Mark being forced to spend his birthday on Wednesday indoors.

An agent for Mark confirmed he is now isolating, telling The Sun: ‘Mark is of course following all guidelines.’

They explained that Mark will be broadcasting his evening radio show on Heart FM from home while he is in isolation and that the former Towie star has also had to postpone his new BBC Two fitness series, Workout The Wright Way, which was due to kick off on Monday.

It’s unclear whether Mark’s wife Michelle, 33, is isolating alongside Mark.

The Brassic star was seen wishing Mark happy birthday on Instagram with cute pictures of the pair, as he turned a year older.

Michelle posted a rare PDA when it comes to her husband online, as she wrote: ‘Happy birthday to my husband @wrighty. You drive me mental and keep me sane at the same time.’

She continued: ‘So proud of you for everything you do and the person that you are. Can’t wait to celebrate properly with you x.’

Mark will no doubt be taking his isolation period seriously, as he was seen urging others to be responsible amid the pandemic after seeing both his mum and dad fall ill with coronavirus.

Opening up about how Covid-19 had impacted his family, Mark insisted his dad Mark Wright Senior is ‘not the same person he was’ after coming down with it.

‘It’s not until you see it first hand you that realise, “I need to buck up my ideas.” I’ve got friends that are conspiracy theorists saying, “We don’t need to lock down,” I tell them the government, whatever their role, they know more than you. If they are telling you to do this, do it.’

He continued: ‘If you get to my point where you’re looking at potentially losing family members, you will regret doing what you’re doing. So listen to the rules, stay at home.

‘When you see it first hand it is the scariest virus you will ever see. The things it does to the body, like with my dad – he won’t mind me saying this, but mentally something is not right there.

‘He’s not my dad that he was four weeks ago. It can leave long term problems.’

Metro.co.uk has reached out to reps for both Mark and Michelle.