The Olsen twins lit up their cigarettes for a brief smoke break while on the streets of New York City on Sept. 8.

Mary-Kate and Ashley Olsen have notoriously stayed out of the spotlight ever since their days as child stars, rarely ever making public appearances. But on Wednesday, Sept. 8, photographers briefly captured the 35-year-old twin sisters taking a smoke break while outside an office building in New York City. The Full House alums appeared to be fairly relaxed during the outing, and each puffed out some smoke while enjoying a cigarette. 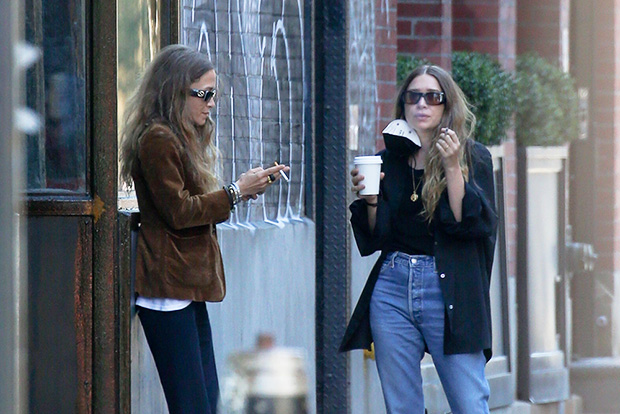 Mary-Kate and Ashley, who are infamously difficult to tell apart, both dressed in semi-casual work attire during their smoke break. While one of the sisters had on a beige jacket and dark jeans, the other sported a light black sweater, black shirt and denim jeans. Both girls also wore sunglasses, likely to try and remain incognito from other Big Apple residents.

The Olsen twins are very, very private, and they even opened up about their decision to live such a low-key life in a rare interview with Vice’s i-D Magazine in June to celebrate the 15th anniversary of The Row, their fashion label. “We were raised to be discreet people,” Mary-Kate explained. Meanwhile, Ashley spoke about the siblings’ decision to leave the world of Hollywood behind, telling the publication, “We had just moved to New York. We were 18 years old and I think what we did know was that we wanted to take that time to take a break from what we were previously doing and to explore things that interested us, and explore what life has to offer.” 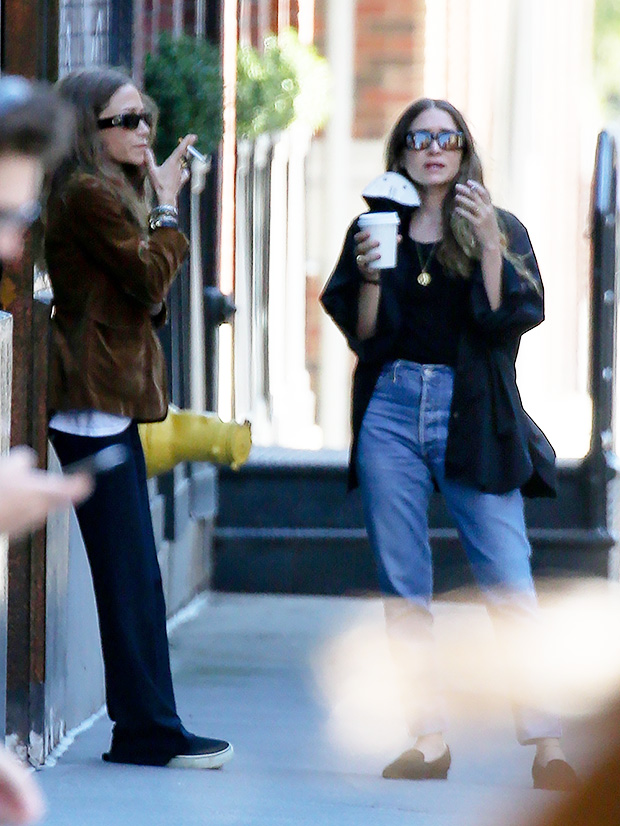 While Mary-Kate and Ashley have put acting behind them, their love lives still manage to keep them in the news. Notably, Mary-Kate finalized her divorce from her husband of six years, Pierre Olivier Sarkozy, earlier this year. The pair’s split became public in the spring of 2020, with Mary-Kate requesting an emergency court order after signing a divorce petition on April 17. At the time, courts were closed due to the COVID-19 pandemic, and so the process was delayed until Jan. 2021, when the divorce was settled via video hearing over Zoom.

Meanwhile, Ashley has been dating artist Louis Eisner for at least three years now. The couple is rarely seen in public together, as fans would expect, but Louis did snap a pic of Ashley out in the woods in mid-July — and the former sitcom star was carrying a machete for the outdoor adventure!