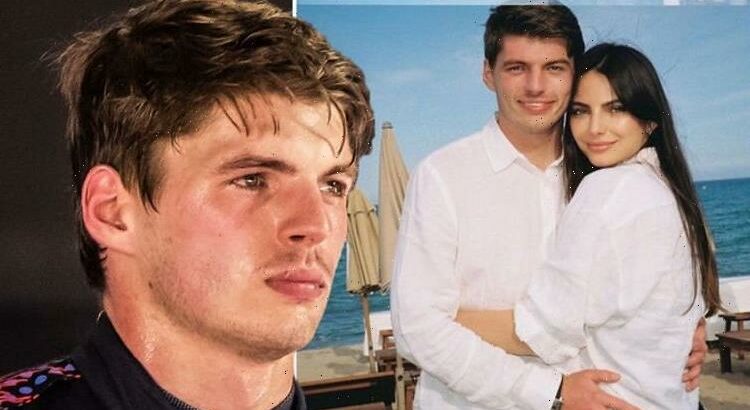 Max Verstappen, 24, has a busy final day ahead of him after last Sunday’s thrilling Saudi Arabian Grand Prix. He, however, flew home to Monaco ahead of today’s finale to see his girlfriend Kelly Piquet on her birthday and welcome a new member to the family.

The Formula One driver jetted back to Europe to see his girlfriend Kelly as she celebrated her 33rd birthday this week.

Kelly is the daughter of Formula One legend Nelson Piquet, with the pair announcing their relationship last year.

Max also made sure whilst home to see his sister Victoria who had given birth the second time while Max was away.

Since his retirement, Nelson, her father, has been ranked among the greatest Formula One drivers in various motorsport polls.

Kelly is the daughter of Nelson and Sylvia Tamsma, a Dutch international model who shares two other children with the racer.

Meanwhile Kelly, who is nine years older than 24-year-old Verstappen, was born in Germany in 1988.

Max will be one to watch today as he starts on level points with Lewis Hamilton in the driver standings into the final round of the season.

The rising star has finished second to seven-time champion Hamilton in each of the last three races.

He is still top of the championship given his superior 9-8 race win tally compared to the Mercedes man.

But all eyes will be on the leader’s tactics this weekend, with some pundits fearing he could pull off an unfair stunt to force an error from Lewis.

This comes from Formula One expert Martin Brudle outed his worries that Max could be labelled as an “unfair driver” due to his controversial tactics.

Max came under fire during a thrilling Saudi Arabia Grand Prix, which rival Lewis won and set up a title decider in Abu Dhabi this weekend.

Lewis narrowly avoided disaster after his opponent braked suddenly when allowing him to retake position.

It saw the pair collide before Lewis managed to overtake a few laps later.

Speaking to Sky Sports, Martin said: “He’s been playing the game given that, with his points advantage, Hamilton simply can’t afford to have an accident with him and lose an opportunity to reduce the points deficit.

“Even now despite being absolutely level on points going into the final round, for the first time in F1 since 1974, that remains the case given that he has a 9-8 race victory tally should there be a count-back.

“Such is Max’s car control and cunning he’s sometimes able to pull off the audacious moves and leave a margin of doubt as to whether it’s hard racing or simply a professional foul outside of the regulations.”

He continued: “And it’s those moments, such as the infamous turn four in Brazil, which are generating the confusion, controversies and inconsistencies.”