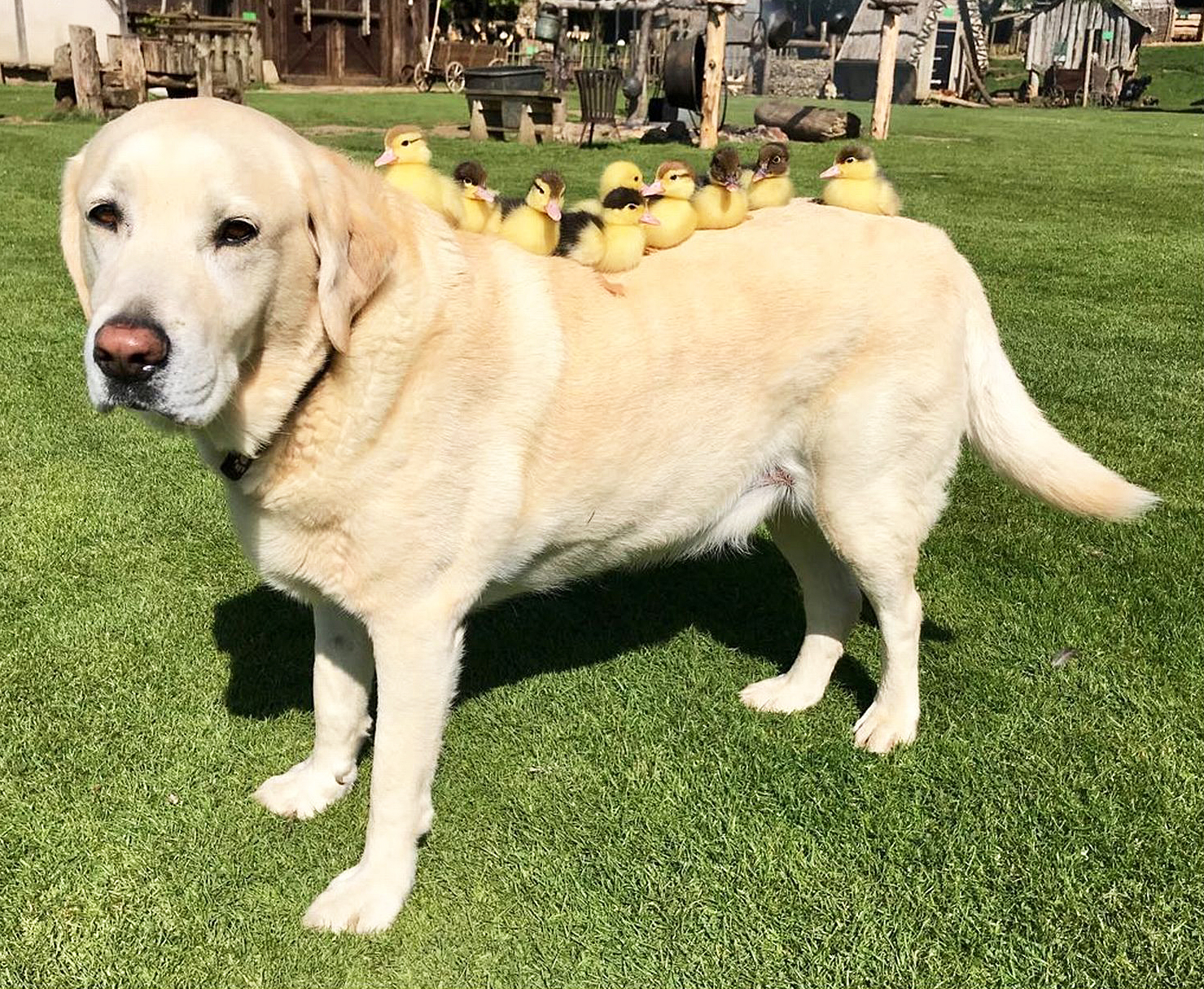 No need for a pupternity test here! A sweet dog named Fred has taken nine orphaned yellow ducklings and is raising them as his own — and the pictures are pawsitively perfect. 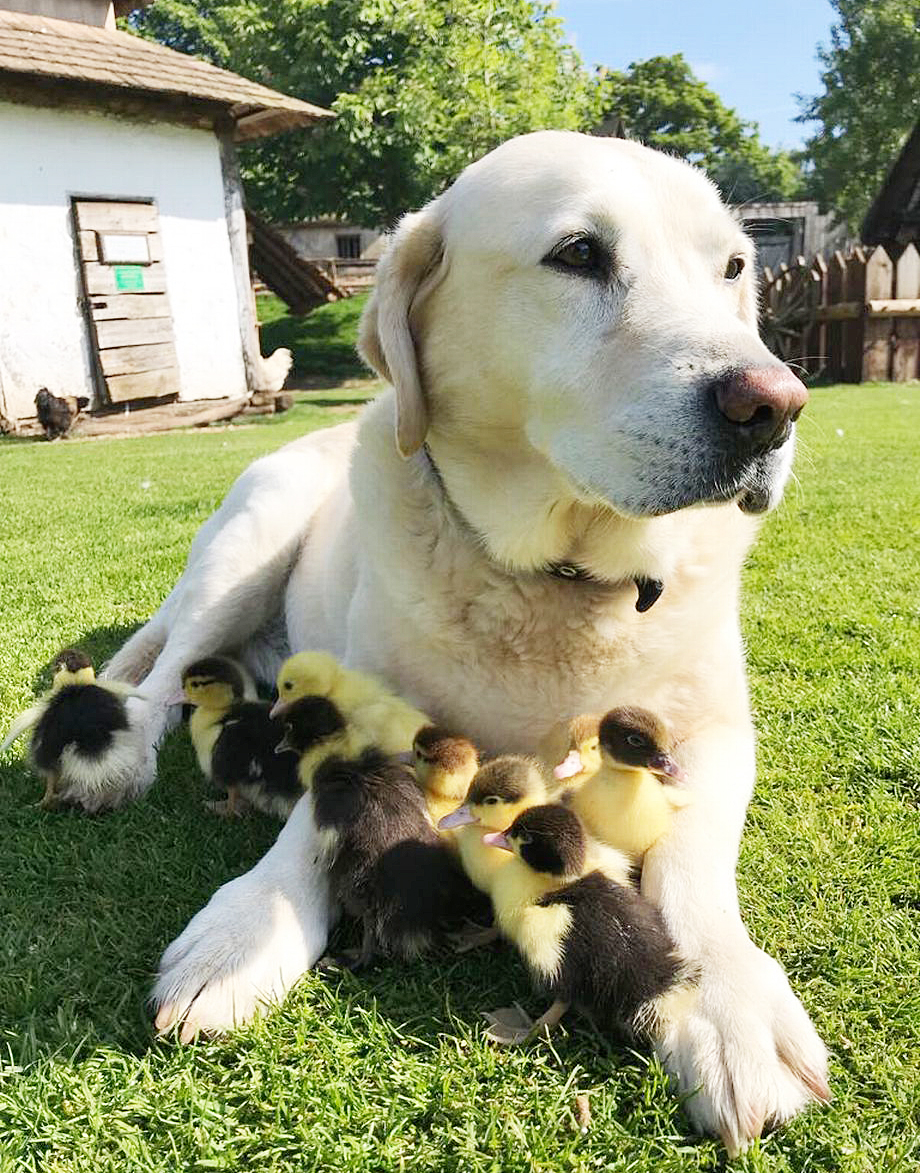 Fred, a 10-year-old yellow Labrador, stepped in as the baby ducks’ guardian after they were found exploring Mountfitchet Castle in Stansted, Essex, United Kingdom. The castle’s official Facebook account shared an adorable video of the family of ten on Monday, May 21, with a caption that read, “Nine lives for nine ducklings. Fred the resident dog at the Castle stepped up to the challenge when nine little ducklings became orphaned last Thursday.”

“The ducklings’ mum had disappeared and a member of staff found them waddling around the castle grounds alone,” the message continued. “The team were very worried about the ducklings but Fred, a 10 year old Labrador, immediately took to them and has been babysitting ever since.” 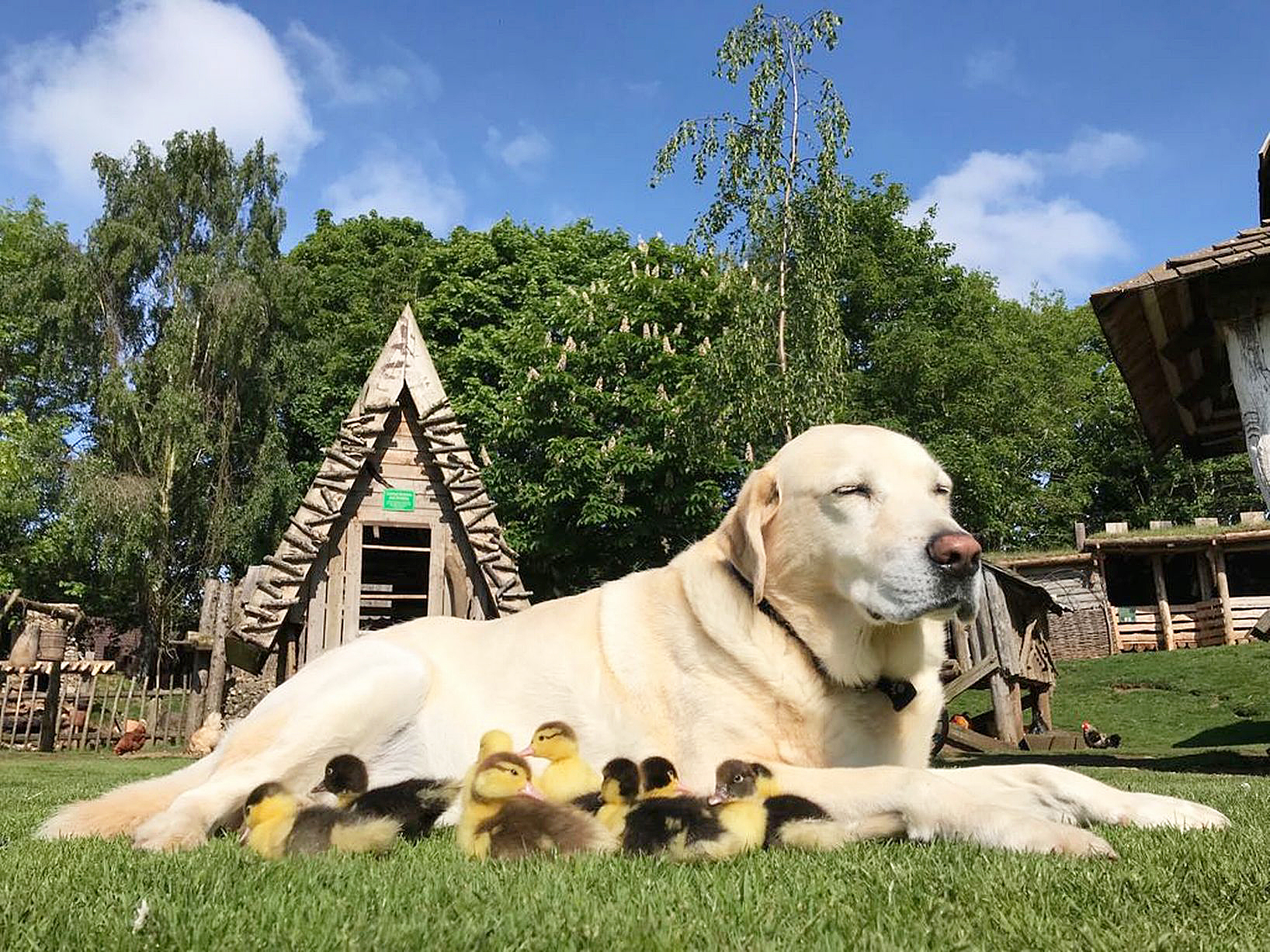 The post has been viewed more than 27,000 times — and many Facebook users raved about the pooch, including one who wrote, “If a dog and ducklings can show love with diversity of their non-human lives then ALL humans should be able to do the same. Fred is proof that it does not take much to show that that love begins with just being there for one another.” 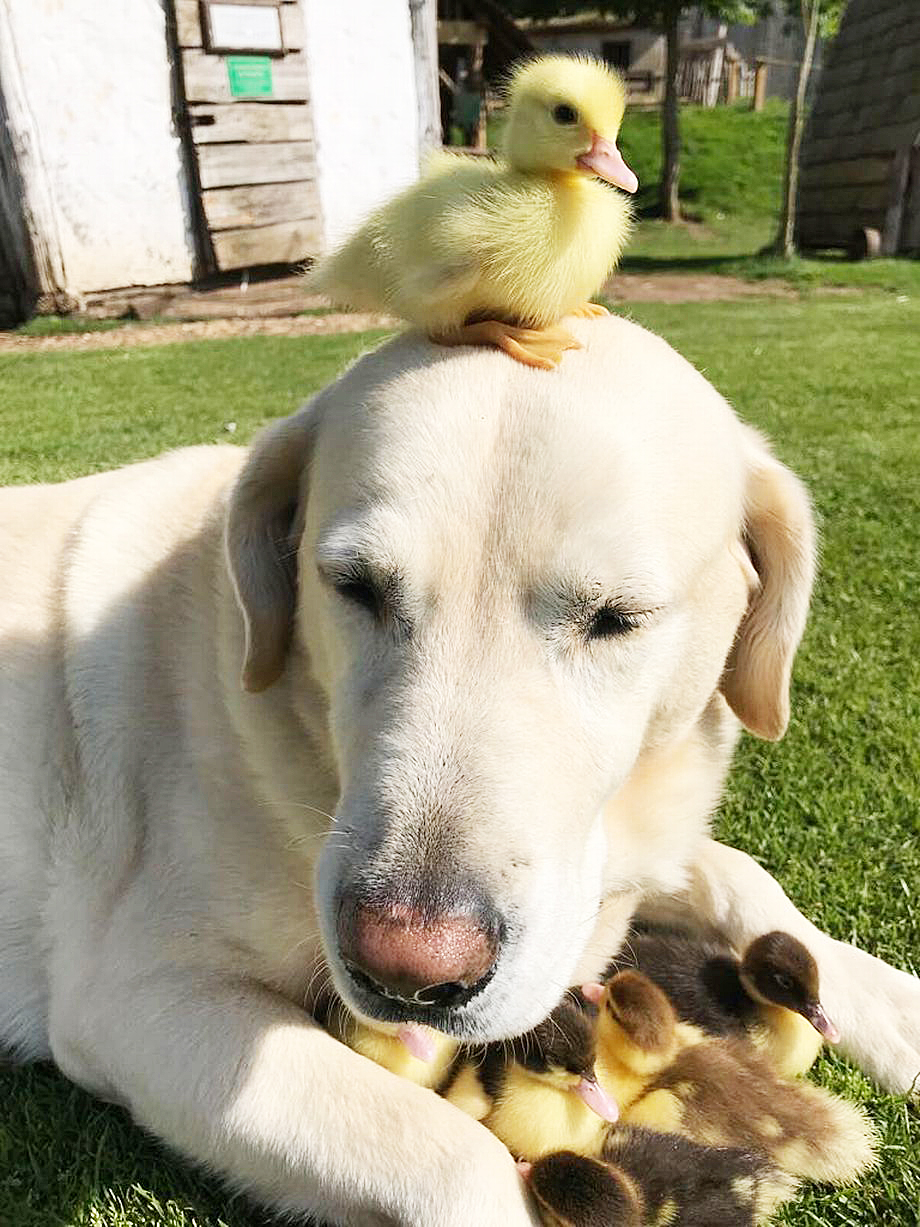 Fred has since gone viral on social media, with many people joking that the ducks will most likely grow up to bark and praising the pup for being a “good boy.”