She’s purr-fect! Smoothie is her name and being “the world’s most photogenic cat” is her game. Deemed Queen of Fluff, this fabulous feline is living her best life alongside her kitty brother, Milkshake, and the two reside with their owners in the Netherlands.

The furry, golden shaded kitty boasts striking emerald green eyes, and thanks to her adorable pictures and videos, Smoothie has more than 1.4 million followers on Instagram. The four-legged friend — who was born on April Fool’s Day 2014 — was even a muse for a mural in Auckland, New Zealand. 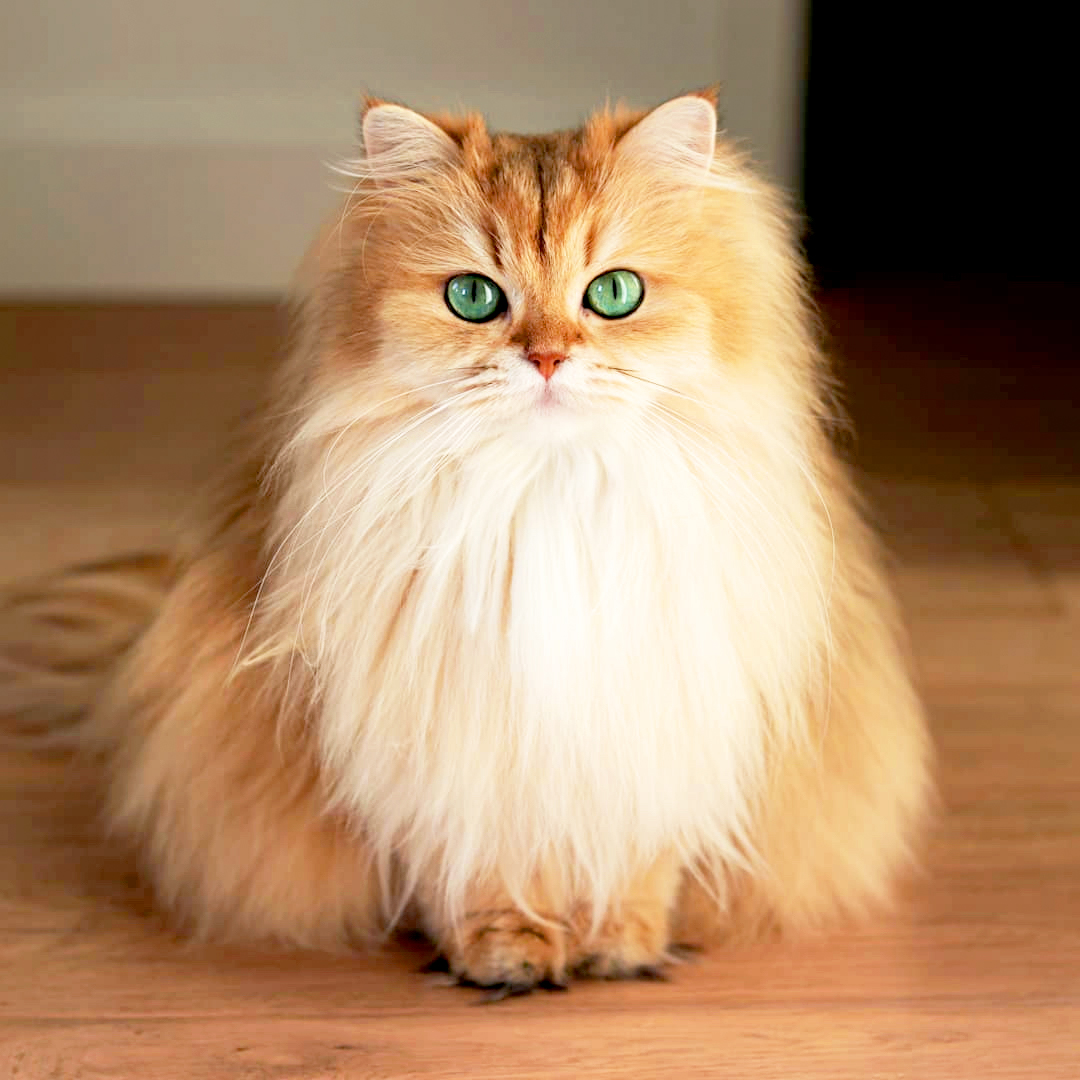 Smoothie is a petite British Longhair weighing only 5 1/2 pounds, and her owner, Arvid van Boekel, revealed the meaning behind her name in an interview with PawCulture.com. “We had a long list of names but I wanted an original, cute name,” van Boekel said. “Smoothies are sweet and she’s quite smooth as well.”

Smoothie initially rose to fame in 2016 after van Boekel decided to share all the nice pictures of the beloved pet with the world on Instagram. Van Boekel told PawCulture: “She got reposted a lot! People seemed to really like her. Also, at some point, one of her pictures became a meme that appeared all over the Internet.”

But don’t let her active social media presence fool you. Smoothie’s life isn’t all work and no play. According to her website — yes she has her own website — she thoroughly enjoys chasing soft sponge balls to get her exercise in. “She’s a queen but a very sweet one — not arrogant,” van Boekel explained of her cat’s personality. “She doesn’t always like to be held but sometimes she asks for cuddles. She doesn’t harm a fly.”

Unlike a lot of cats who prefer a saucer full of tasty fish, Smoothie prefers ice water … in a glass cup! Though the doe-eyed feline appears angelic most of the time, it doesn’t stop her sibling rivalry with Milkshake — often recorded in innocent, hilarious Instagram videos.

In a recent post, Smoothie can be seen playfully pouncing on her white-and-gray sibling. “Watch your back, @milkshake.thecat,” the post is captioned.

But the two are also loyal to one another, and Smoothie’s social media shows their special bond. “Friendship is … taking care of each other,” one picture is captioned, showing the two pals sweetly engaging with one another.

“They fight sometimes, but I think they can get along quite well,” van Boekel told PawCulture of the relationship between Smoothie and Milkshake. “We took the introduction very slowly, so they could get used to one another. That worked out pretty well. Smoothie is more timid; Milkshake is a little rebel.”

For more about Smoothie, watch the video above!