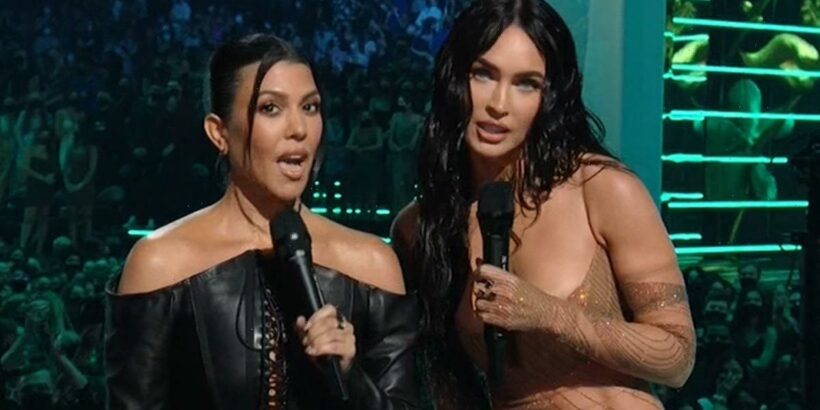 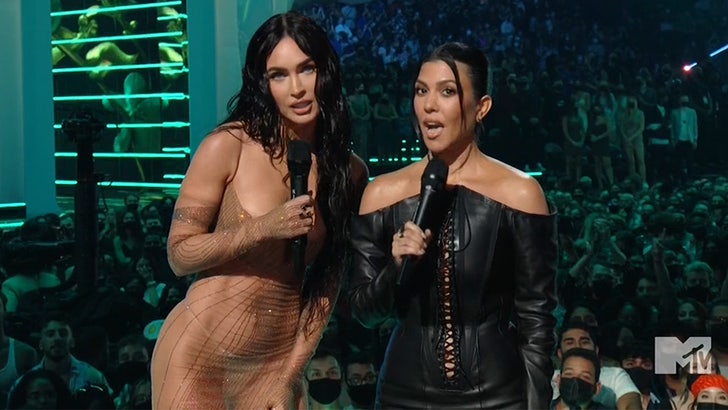 It’s babies on the brain for Megan Fox and Kourtney Kardashian, at least that’s what was signaled at the VMAs when the pair intro’d their significant others Travis Barker and Machine Gun Kelly.

Megan and KK took the stage at Barclays Center Sunday night for the MTV VMAs to introduce the rockers, who Megan called “our future baby daddies” … this after Kourtney called Barker “hot.” 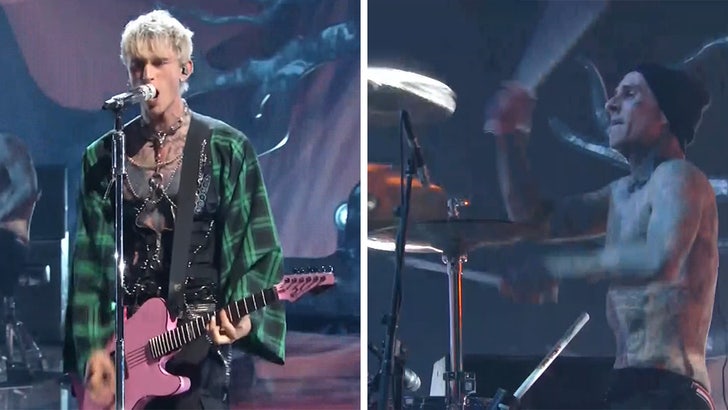 As for the performance, Travis and MGK played their new single “papercuts.”

Megan and Kourtney each have 3 kids, but neither has publicly announced they were pregnant … it seemed that Fox only jokingly made the statement, though.

Of course, the night wasn’t without some drama. MGK and Conor McGregor got into a scuffle on the red carpet before the show started. Sources told us the whole thing started after Conor approached MGK and was allegedly pushed away by security.