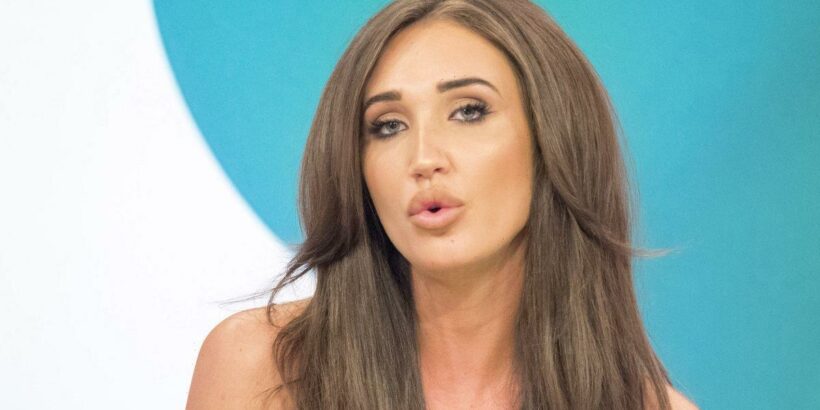 Megan McKenna has appeared almost unrecognisable following her latest transformation as she gears up to release her new album on Friday.

The reality star-turned singer, 29, looked a different woman as she posed with a noticeably smaller pout and bleached blonde hair in a sultry post on Instagram.

Megan smouldered in the shot taken in Los Angeles, California, as she wore a purple cut-out jumpsuit with reflective appliqués.

She wore her platinum blonde hair down and her natural pout could seen in the stunning snap.

The former TOWIE star’s most recent stunning photo comes in promotion of her upcoming album Baby Talk, which is released at the end of the week.

"I design my life and write my own story… you should try doing it. Girls compete… woman empower. BABY TALK is out Friday," Megan captioned the picture.

Her latest appearance had fans reeling in awe and they took to the comments to give the singer praise on her transformation.

“So FIT I can’t even cope," one person commented, as another wrote: “You look unreal”.

“This catsuit!” a third fan said, while someone else added: “You look BEAUTIFUL”. Megan had her lip fillers removed two years ago and since, fans have praised the star's natural look.

Megan dyed her hair platinum blonde at the beginning of the year and said at the time she first changed it: “Sod it, blondes have more fun. It’s a completely different image to what I used to have.

The star first found fame appearing on Ex on the Beach six years ago, before going on to star in other reality shows and had auditioned for several music talent programmes beforehand, including Britain’s Got Talent and The X Factor. Megan spoke about her decision not to have surgery to The Sun as she said: “Back in the day I definitely considered getting my boobs done. Maybe it was the crowd and the TV shows I was on that were making me feel like I needed that.

"But I am so happy I didn’t have that done, because I love my boobs now.”

The star added that she is content with being natural in appearance.

“There are always trends. There’s always times when people want this big and that big and want this sucked out and this and that,” Megan continued.

“But I feel like, the way the world is going, people should embrace their natural looks, and the most compli­­­ments I get is because I’m 100 per cent natural. So I’m so happy that I’ve kept my body the way it is. I would never change.”