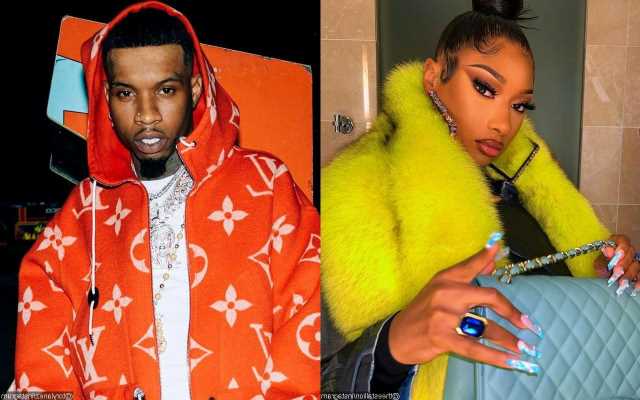 In a new interview, the ‘Savage’ hitmaker claims that she still has ‘bullet fragments’ in her feet ‘right now’ months after the alleged shooting incident happened.

AceShowbiz –Megan Thee Stallion claims that she “still has bullet fragments in her feet” after being allegedly shot by Tory Lanez. In a new interview, the “Savage” raptress opened up more on her recovery.

The 27-year-old rapper was allegedly shot in the foot by her fellow music star, who has denied the allegations, back in July 2020. She told Rolling Stone magazine, “What nobody knows is, I had to get the surgery the same night. I stayed in the hospital in California for maybe four days.”

“Then I was in New York for a while. Both of my legs wrapped up. I could not walk. I still have bullet fragments in my feet right now,” Megan continued. “I was very scared that I was not able to be Megan Thee Stallion no more. And I was f**ked up.”

Megan, who underwent physical therapy in New York before switching to Tampa, Florida and regaining the ability to walk, admitted she feels “shame” over the alleged incident. She claimed, “I feel shame, a little bit, because even after he shot me, I still was thinking about everybody else in the car. I thought everybody in the car was my friend, [and] the whole time, that’s not how they thought of me. That’s what really hurts.”

Tory, 29, is facing two felony charges of assault with a semiautomatic firearm and carrying a loaded, unregistered firearm in a vehicle. He’s also accused of having “personally inflicted great bodily injury.”

However, Tory previously denied the allegations, claiming in the song “Money Over Fallout” that he’d been framed. Meanwhile, Megan has reflected on social media abuse she gets in light of the allegations against Tory.

“I see people saying, ‘Damn, I would’ve shot that b***h too’. In some kind of way I became the villain,” Megan said. “And I don’t know if people don’t take it seriously because I seem strong. I wonder if it’s because of the way I look. Is it because I’m not light enough? Is it that I’m not white enough? Am I not the shape? The height? Because I’m not petite? Do I not seem like I’m worth being treated like a woman?”