Meghan King Edmonds’ estranged husband, Jim Edmonds, spoke to Us Weekly exclusively about their divorce and allegations that he cheated on his wife with the couple’s nanny.

“It’s dangerous, irresponsible and hurtful to all to allow a rumor to be spread to the world because of insecurities,” the former Major League baseball player told Us in an exclusive statement on Saturday, October 26.

Earlier on Saturday, he’d shared a post on his Instagram Stories that appeared to be about his split, writing, “No one can throw a bigger tantrum than a narcissist whose [sic] losing control of someone else’s mind.” He later shared an illustration of a woman angrily pointing a finger at a man with the words False Accusations Allegations at the bottom.

Jim broke his silence shortly after Us exclusively reported that cops had been called to his St. Louis, Missouri, home for the second time in a matter of days.

The Real Housewives of Orange County star’s mom called authorities on Saturday after Jim went to the couple’s house to pick up some clothes while Meghan was at a concert with their three kids, Aspen, 2, and twin sons Hart and Hayes, 16 months. 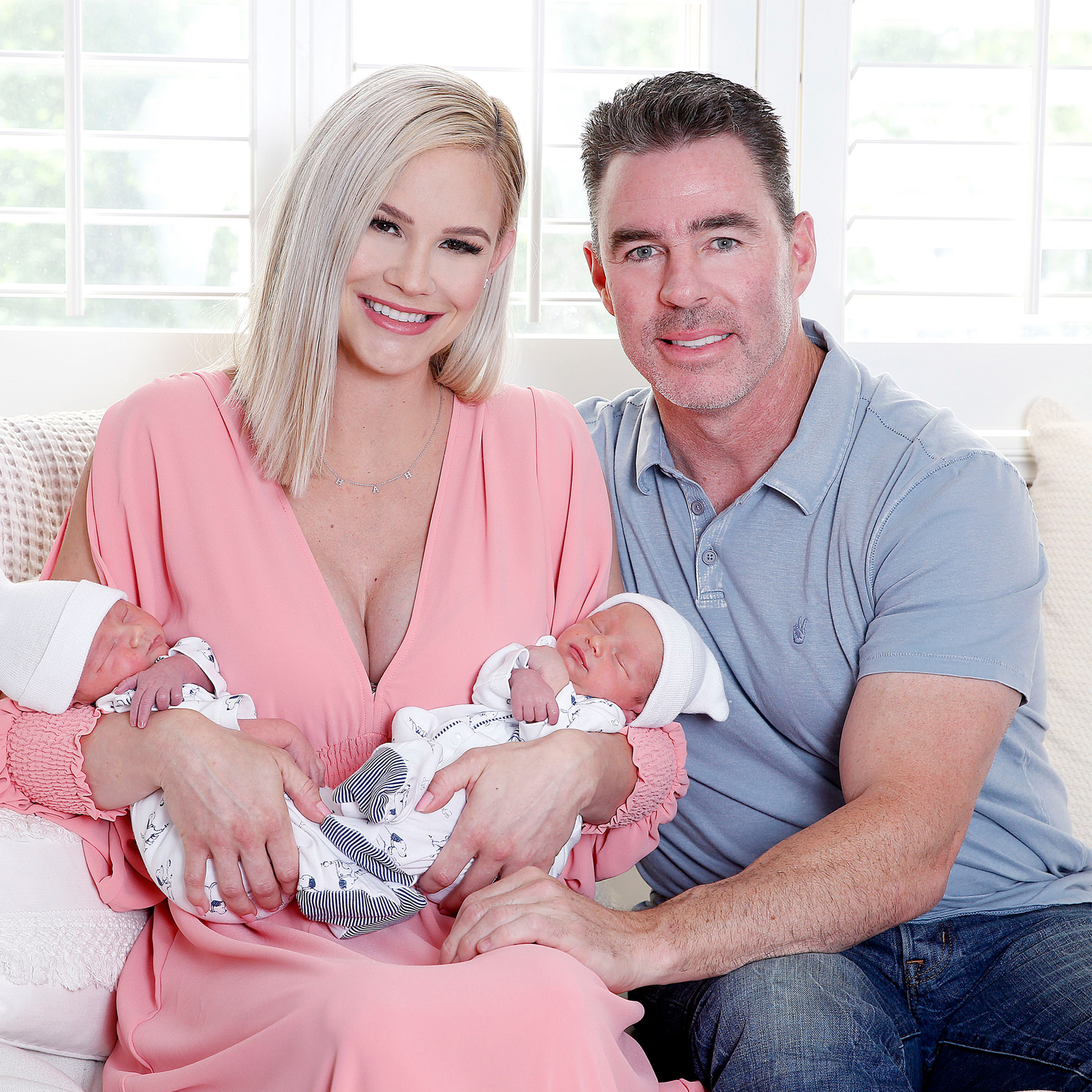 “The cops showed up and asked them what was going on. Jim said it was his house and he was getting his clothes as they told him to, when Meghan wasn’t there,” a source told Us exclusively. “The police made Meghan’s mom leave.”

Jim’s statement came a day after he filed for divorce from Meghan, 35, after five years of marriage.

An insider told Us that the couple have been fighting recently and the latest argument happened after “he went to a recent hockey game and she began interrogating him about who he went with.”

Meghan accused her husband of cheating on her with Carly Wilson, one of their four nannies.

Wilson denied the affair on Instagram on Saturday after a commenter asked her if the rumors were true. “The allegations are completely false,” she insisted.

Jim and Meghan’s split came four months after he was caught sending inappropriate texts to a woman while Meghan was expecting their twins.

Meghan wrote in a blog post that the multiple messages weren’t “one mistake, one lapse in judgment,” adding that each text “represents his decision to throw our marriage in the trash.”

Jim denied cheating on his wife in an exclusive statement to Us on June 13, insisting that he hadn’t had “any type of relationship or physical contact” with the woman and claimed she was “trying to profit from my name.”

With reporting by Brody Brown