Finding her peace. Meghan King Edmonds is spending her holiday weekend leaning into nature, she shared on Instagram on Saturday, May 23.

“I went mountain biking for the first time ever. Actual real mountain biking,” the blogger, 35, said via Instagram Story on Saturday. “It was crazy. It was hard and super-duper scary, but I want to go again.”

She then shared photos from her time biking and added a telling caption on one picture. 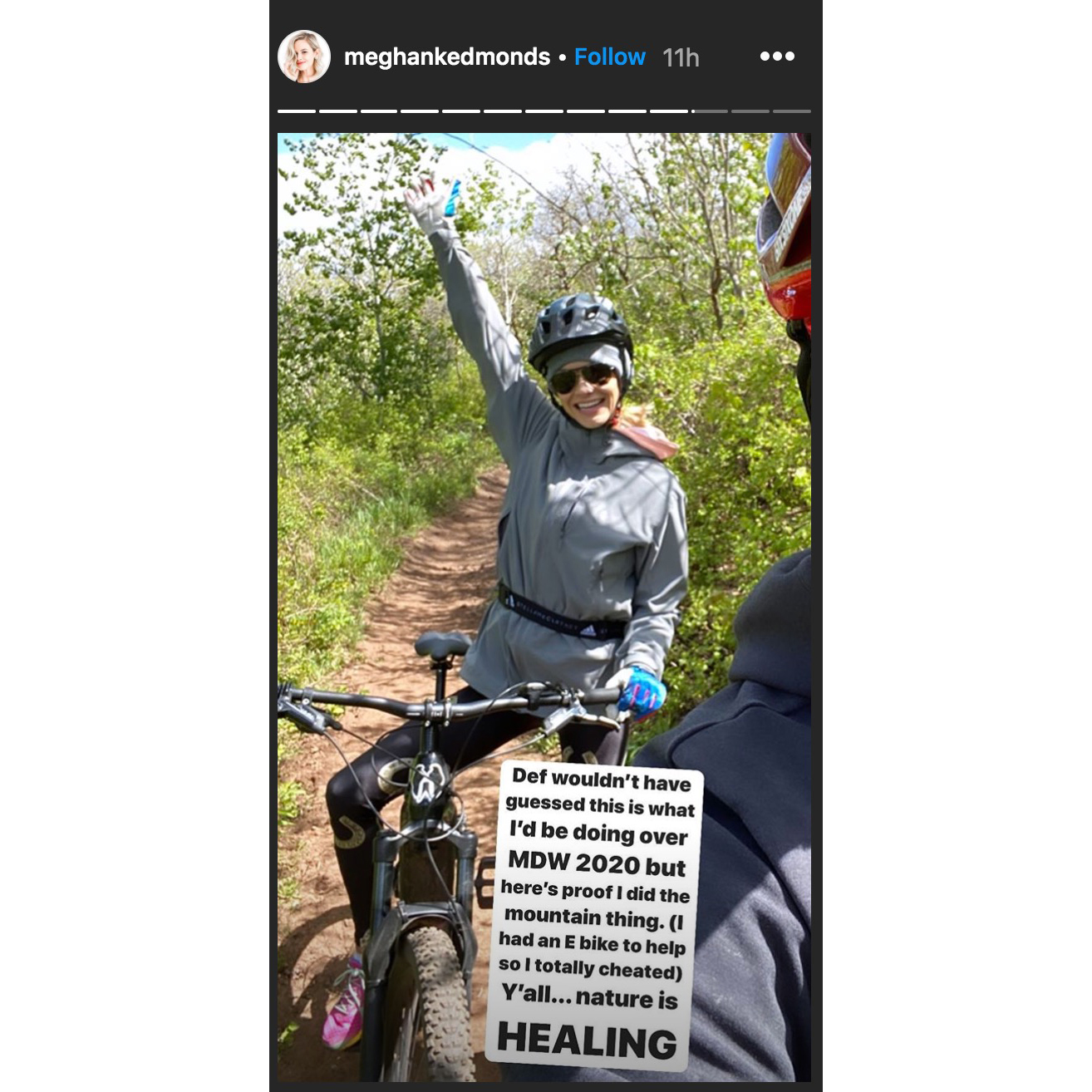 “Def wouldn’t have guessed this is what I’d be doing over MDW 2020 but here’s proof I did the mountain thing,” the former Real Housewives of Orange County star wrote on a photo of her with a big smile on her face while on the bike. “(I had an E bike to help so I totally cheated.) Y’all … nature is HEALING.”

On her Instagram page, she shared her location — Park City, Utah, which is also where new boyfriend Christian Schaufe lives. Us Weekly confirmed that the couple began dating after meeting in March.

Meanwhile, her children, Aspen, 3, and twin boys Hayes and Hart, 23 months, are spending the holiday weekend in St. Louis with their dad, Jim Edmonds, and his girlfriend, Kortnie O’Connor.

“We have a fish in our pool already,” the former MLB star, 49, shared via Instagram Story on Saturday, showing Aspen swimming in a pool. In another still of her, he added, “All ready for the holiday weekend #pooltime.” 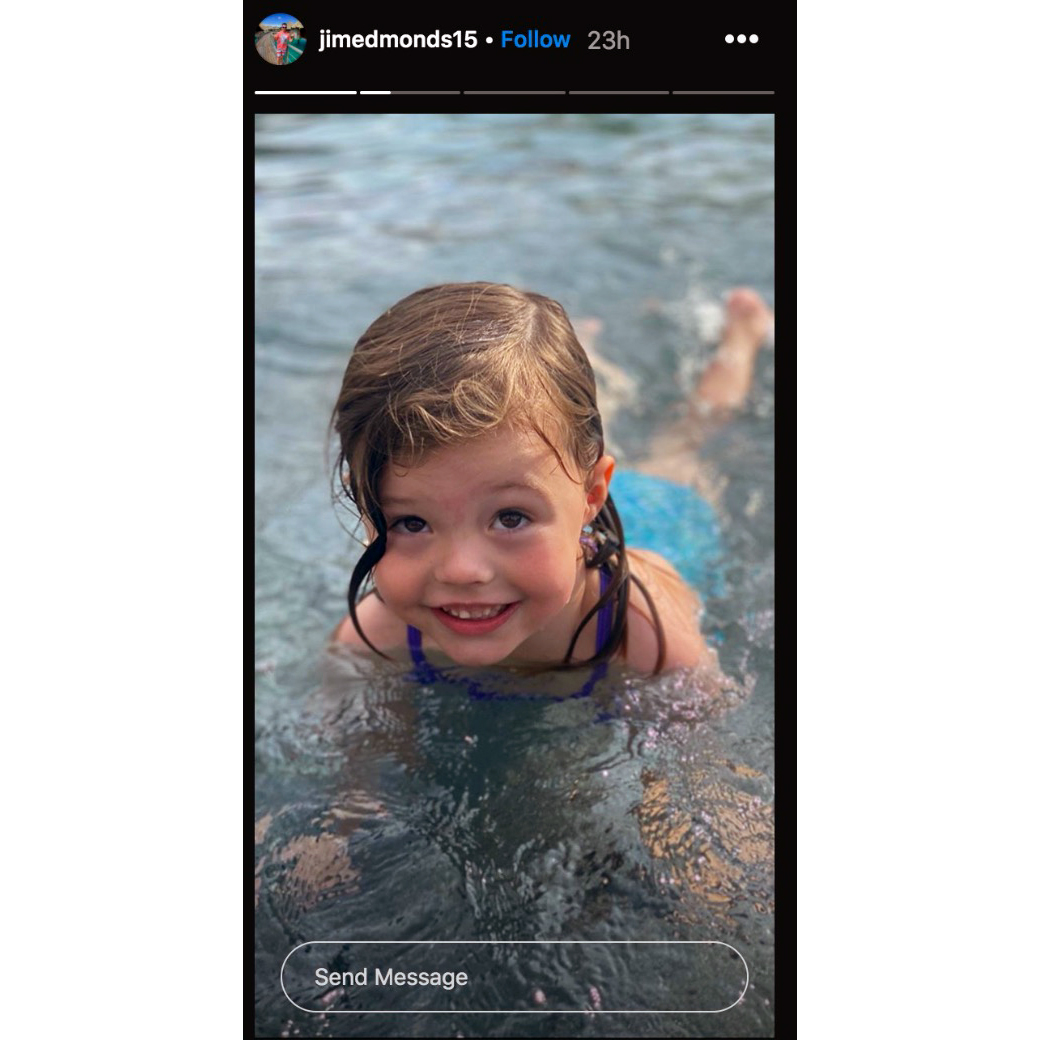 Jim responded to his estranged wife’s comments at the time, via a statement from his rep: “Meghan decided to publicly broadcast what was essentially a 30-minute therapy session about her marriage and she continues to tell stories to anyone who will listen and use this as an opportunity to get attention for herself.”

Jim and O’Connor confirmed their relationship in April.