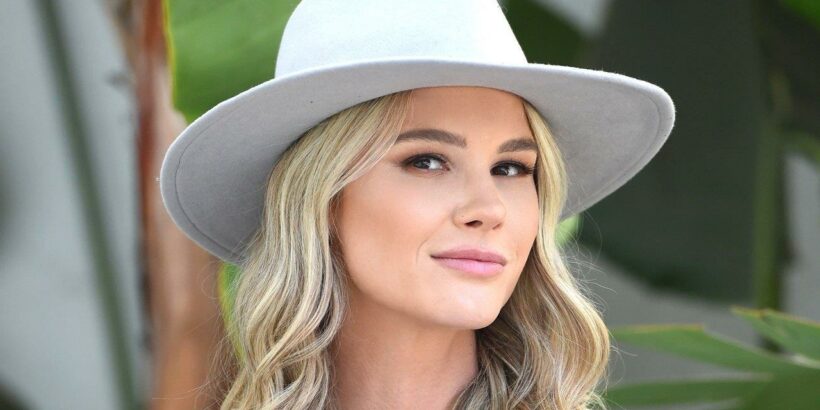 The former star of ‘The Real Housewives of Orange County’ claims she was ‘stunned’ by the swelling after removing the bandage from her nose because it ‘was wider than it was originally.’

AceShowbiz –Meghan King has gotten candid about her experience of getting plastic surgery. The former star of “The Real Housewives of Orange County” took to social media to show off the results of her nose job and reveal that she also got breast implants.

On Friday, September 30, the 38-year-old shared a video of her nose that was partially covered with a bandage seven days post-surgery. “I can see my nose, the tip of it, so I’m so excited,” she exclaimed as she arrived at CosmetiCare, her plastic surgeon’s office.

Dr. Michael Niccole then appeared on Meghan’s Instagram Stories, revealing that she also got her breasts done. “We did breasts,” the doctor declared, before jokingly adding, “We didn’t do anything to her toes, but we did do her nose.”

The doctor then told Meghan to remove her stitches later that day and not touch her nose. Happy with the service, the reality star wrote over the clip, “This is one of the many reasons why I chose Cosmeticare and Dr. Niccole… He was always explaining things really well. It was helpful and awesome to understand the surgery and the results!”

Meghan later treated fans to a video of herself one month after the cosmetic procedure. Claiming that she was “stunned” by the swelling after removing the bandage from her nose, she explained, “When he took off that bandage, my nose was wider than it was originally … I had a vagal basal reaction. If you don’t know what that is, look it up.”

Luckily, the swelling went down “a few hours later.” The TV personality said she’s “still completely blown away in the difference by the swelling in my nose after just a few hours.”

Meghan went on to inform her online devotees, “What they don’t tell you is that it can take a year for the swelling to go down.” She additionally noted that her nose will get “even smaller and narrower” over the next 11 months.