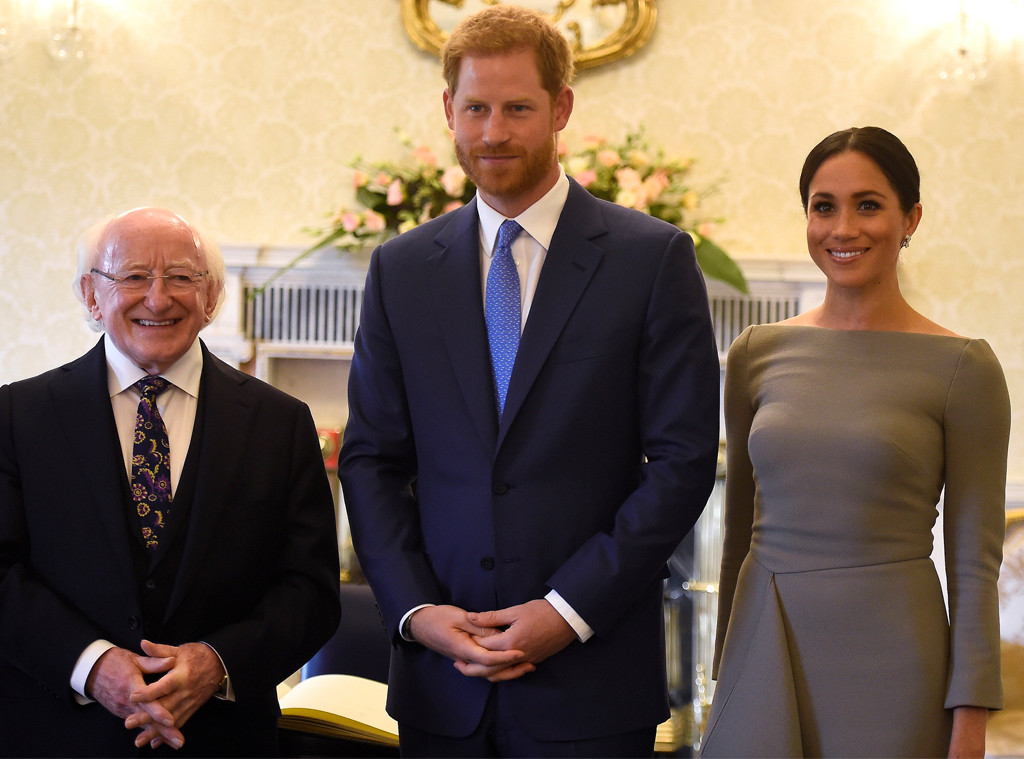 Meghan Markle doesn’t need just one outfit of the day.

The Duchess of Sussex debuted two looks for her second day in Ireland with Prince Harry.

The royal started the day in a gray, boatneck dress by Roland Mouret for the couple’s meeting with President Michael D. Higgins and his wife Sabina Coyne. She also wore the style for the ringing of the Peace Bell Áras an Uachtaráin, which was originally created to mark the 10th anniversary of the Belfast Agreement. 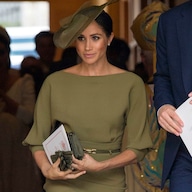 Meghan Markle Can Do No Wrong When It Comes to Fashion: Vote for Her Most Beautiful Look So Far This Week According to Meghan’s Mirror, the duchess accessorized her look with a Fendi bag and Birks earrings—the same pair she wore just before her wedding. She also tucked her hair into a neat little bun. Harry donned a dark suit and tie. 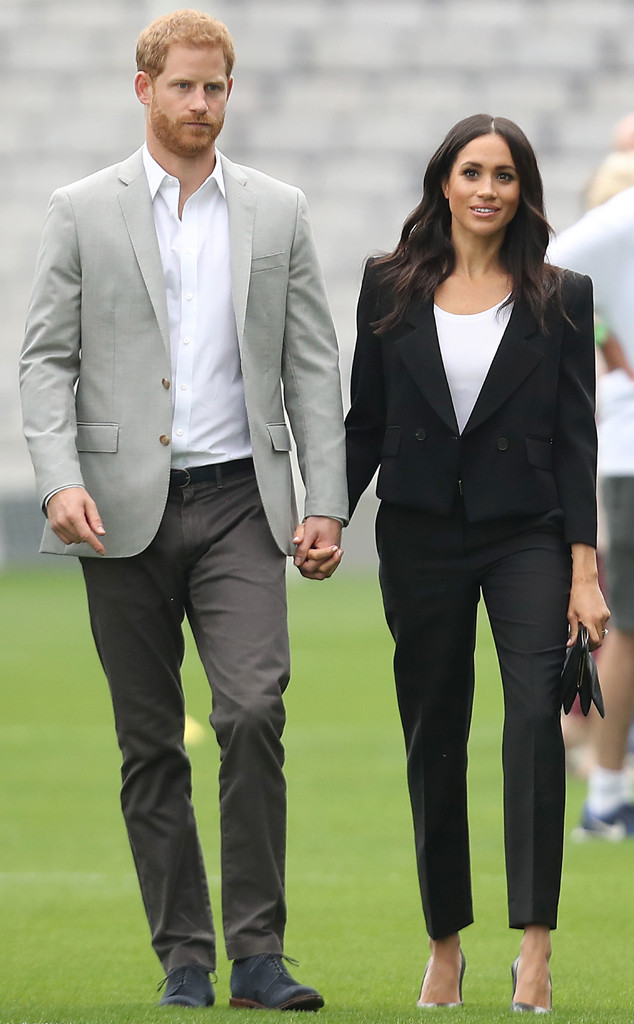 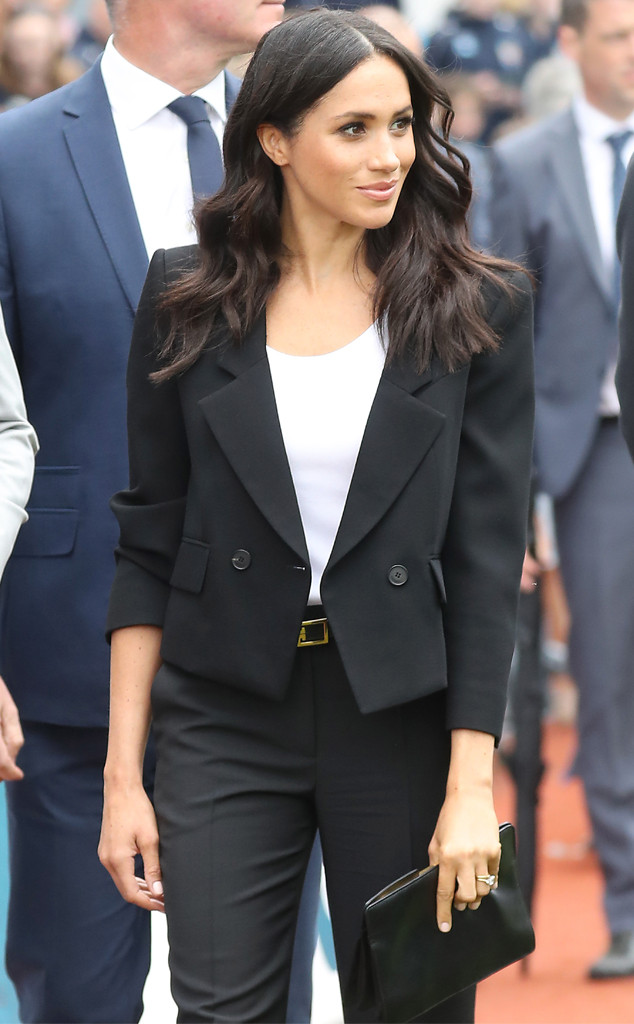 Later in the day, Meghan changed into a suit—and gave us serious Rachel Zane vibes—for a visit to Croke Park, where she met a few young soccer players. She wore her hair down for the engagement. Harry also changed his ensemble and opted for a more casual gray jacket and brown pants.

After some fun on the field, the two headed off to Trinity College in Dublin, where they greeted several well-wishers.