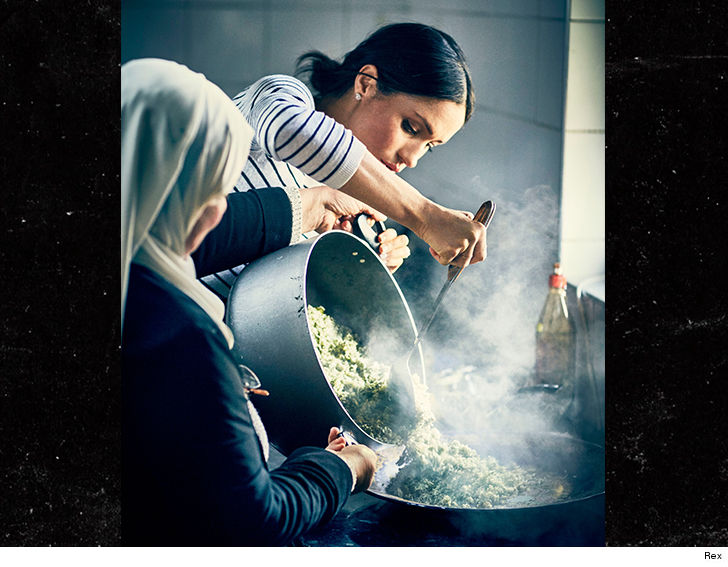 Meghan Markle made secret visits to cook with victims of a horrifying fire as part of her first solo project as a member of the Royal Family, and she’s helping release a charity cookbook with the women’s recipes.

The Duchess of Sussex was hands-on in a community kitchen in West London, located near the Grenfell Tower fire that killed 72 people — Britain’s deadliest fire since World War II.

Meghan says she felt an immediate connection to the women at the Hubb Community Kitchen at the Al Manaar Muslim Cultural Heritage Centre, and newly released images make it clear her presence lifted everyone’s spirits in the wake of tragedy. 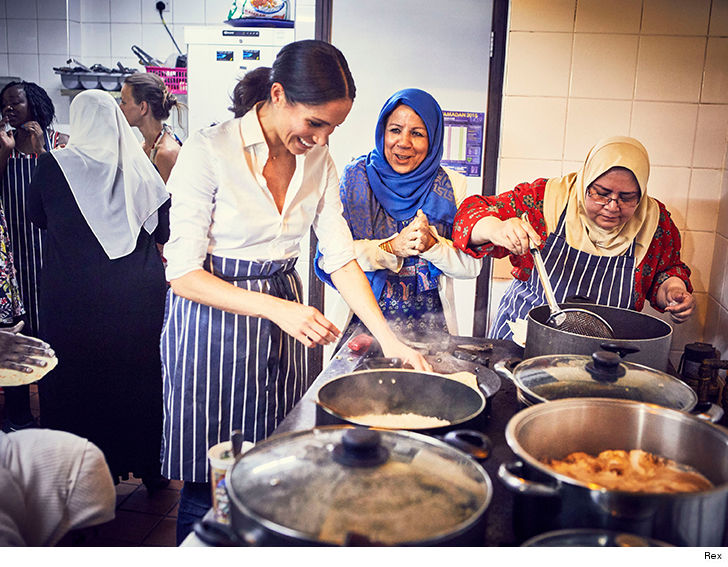 Meghan wrote the foreword to the charity book, “Together: Our Community Cookbook.” It features family recipes, with roots stretching across Europe, the Middle East, North Africa and the Eastern Mediterranean.

Meghan helped spearhead the cookbook project as a way to raise money for the kitchen, which initially provided a place for fire victims to make fresh meals. It’s since evolved into a support network, and profits from the book will help cover operation costs. 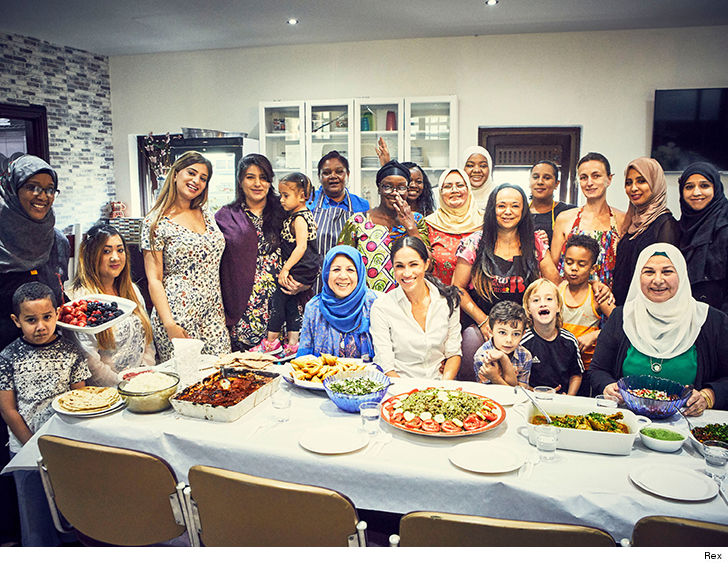 The Duchess first visited the kitchen in January, and continued to make secret trips to meet the women and learn more about their work. Their cookbook hits stores Thursday.