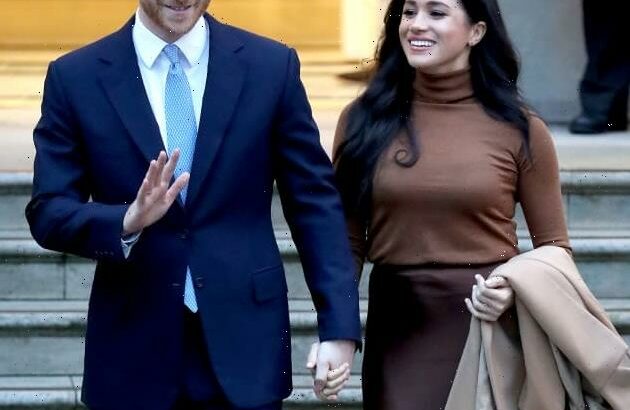 The “special relationship” between the the United States and the United Kingdom has always been a bit prickly and competitive in nature.

While citizens of both nations freely devour the cultural contributions of their cousins across the pond, the free exchange of information and ideas seems to do little to foster a mutual admiration.

Brits have a tendency to think of Americans as boorish and unsophisticated, while Americans have been known to dismiss the UK as a nation of elitist snobs.

Both of these stereotypes are unfair, to say the least, but for whatever reason, they’ve endured for centuries.

So when an American actress married into the British Royal Family, perhaps we should have anticipated the chaos that would ensue.

As we’ve discussed before, this is not unprecedented territory.

In 1934, King Edward VIII entered a relationship with an American actress named Wallis Simpson, and even before the couple married, the public uproar over the romance was such that Edward chose to abdicate the throne.

Were we naive to think that Brits in the 21st century would be more accepting of an American commoner?

Or is Meghan a victim of virulent racism from Harry’s countrymen, as so often seems to be the case?

Or, is the truth more complicated, and the Duchess’ Hollywood-sized ego prevented her from fitting into the staid world of the royals?

Whatever the case, it seems that calling the experiment a wash and returning to the land of her birth hasn’t done any favors for Meghan’s reputation.

In fact, according to a new report from the New York Times, the gap in the two nations’ appraisals of Meghan has never been wider.

In a piece originally titled “Meghan’s Image, Battered in Britain’s Tabloids, Thrives in US” (the newspaper later dialed down the rhetoric, re-titling the article “For Meghan, an Image Rendered in a U.K.-U.S. Split Screen”), the Duchess is described as a “polarizing” figure whose contentious lawsuit against the tabloid that published her letters to her father has earned her more critics than ever.

Usually, we’re opposed to giving platforms to Piers Morgan-style cranks who have made careers out of whining, but if their goal was to accurately depict the warped mindset of Meghan’s biggest haters, perhaps the Times did the right thing by interviewing self-proclaimed royal expert Penny Junor,

“The majority of people are fed up, to the back of the teeth, with them,” Junor told the outlet when asked how Meghan is perceived in London.

“They said they wanted privacy, but then they never stopped looking for attention. And now, all these months later, we’ve had this discovery that she’s been lying to the court, or failing to remember.”

Junor made no mention of the racial animus that seems to fuel so much of the anti-Meghan sentiment in the UK.

Instead, she blamed the opinion gap on cultural differences, insisting that Brits resent Meghan because of her success, not her skin color.

“We tolerate success in this country, but we don’t celebrate it,” Junor said.

“In America, they glorify success.”

In a recent interview Andrew Ross Sorkin, Meghan addressed the idea that ambition in women is viewed as a negative trait.

“How have we culturally allowed that to be the case?” she said.

“There’s nothing wrong with talking about a woman’s success, or her ambition, or her financial prowess.”

While we agree with the assessment that jealousy and bitterness factor into this latest re-assessment of Meghan’s reputation, we think Ms. Junor is projecting when she accuses other Brits of resenting Meghan’s accomplishments.