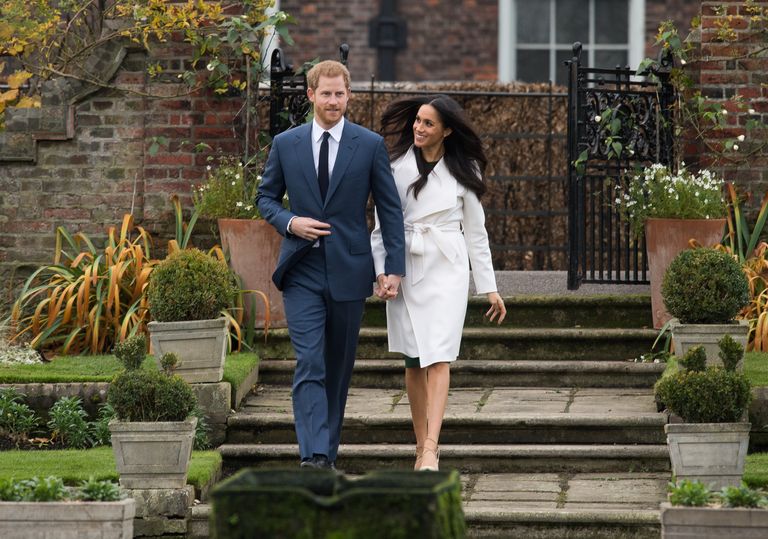 After their midday wedding ceremony at St. George’s Chapel at Windsor Castle, Prince Harry and Meghan Markle will embark on an open-carriage procession through the town of Windsor. Per tradition, the post-nuptials procession will allow the happy couple to celebrate the occasion with members of the public. Today, Kensington Palace revealed extensive details about the procession and how it will both honor and deviate from tradition.

According to a statement from Kensington Palace released this morning, at the conclusion of their wedding service, the newly married couple will process out of the church and first meet with honored attendees representing charities with which the couple are associated. Public guests invited to the celebration reportedly include 100 students from two local schools with close ties to Windsor Castle (The Royal School in Great Park and St. George’s School), 610 Windsor residents and members of the St. George Chapel and 530 members of the Royal Households and Crown Estate.

“After the Service has concluded, the newly married couple will process out of the church and acknowledge the 200 representatives of Prince Harry’s charities gathered in the Cloister,” said the royal representative. “The couple are delighted that these people who will be such an important part of their official work in the years to come will be the first people they see after their wedding.”

Following the meet-and-greet with their guests, the couple is set to step into a horse-drawn carriage for their public procession, which is scheduled to take just under 25 minutes.

“As the couple step into their Carriage, close family members will gather on the West Steps to wave them off on their Procession,” explained the secretary, noting that Meghan and Harry are “very much looking forward to this part of the day.”

“It will be their chance to express their gratitude for the goodwill and warm wishes they have received from all quarters in the months since their engagement,” said the Prince’s representative.

Of the carriage itself, Kensington Palace reports that the couple will be riding in the Ascot Landau carriage, which is the same transport Prince Harry took as part of the London wedding procession for Prince William and Kate Middleton in 2011.

As a reminder, the Duke and Duchess of Cambridge rode in the Imperial State Landau on their wedding day:

“There will be one horse-drawn carriage in the Carriage Procession from St. George’s Chapel, which will take the newly married couple through Windsor Town returning to Windsor Castle along the Long Walk,” the palace reported earlier this week.

According to the statement, guests and members of the congregation will file out of the church onto the grounds of Windsor Castle to watch the beginning of the couple’s carriage procession before making their way to the reception at St. George’s Hall.

At the close of the short processional celebration, the public spectacle will come to a close. “The final thing you can expect to see is the Bride and Groom departing Windsor Castle for the evening reception at Frogmore House,” the representative explained.

Some royal fans have raised concerns that the May 19th wedding in Windsor won’t allow for the iconic “kiss moment” on the balcony of Buckingham Palace, as seen at the wedding of William and Kate. But with all the unique ways the newlyweds plan to include the public on their special day, they’ll probably make time for a kiss photo op or two.