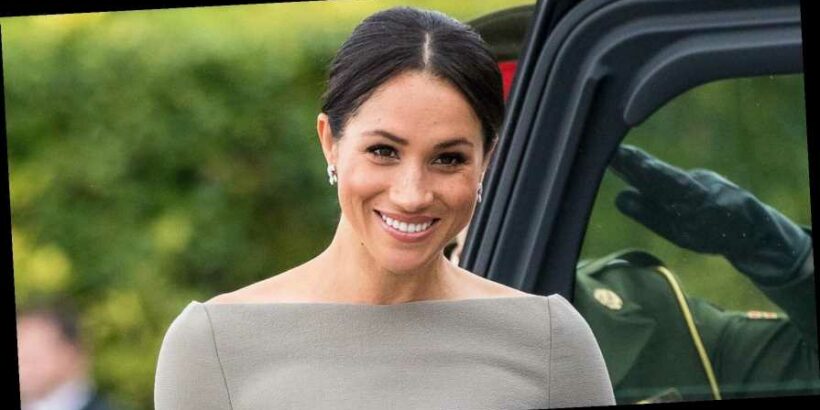 Stars Who Give Back

The U.K.-based school took to Twitter on Thursday, March 11, to share the “very special” letter that the Duchess of Sussex, 39, kindly sent their way.

“It was this time a year ago that I had the pleasure of meeting so many of you during my visit to celebrate International Women’s Day and mark the 50th anniversary of the Equal Pay Act. I look back on that day with such fond memories, and think of you all frequently, especially recognizing how difficult it’s been for students and families during the past year,” the former actress wrote. “This International Women’s Day, in collaboration with the work of our nonprofit organization, Archewell Foundation, we are encouraging everybody to participate in real acts of compassion for the women in their lives and their community.”

Markle continued, “One suggestion we have is to take a moment to learn about the trailblazing women who came before us. I’ve spent time recently thinking about Geraldine Dear, who joined us last year and is such an inspiration to all of us. Without women like Geraldine, who formed part of the original group of women advocating for equal pay, so much of what we do now wouldn’t be possible. Small acts of compassion have the power to make a real and lasting difference, and I thank all of you for the kindness you provided me during my visit.”

The Suits alum then thanked Robert Clack School students for the “light-hearted” memories that they gave her. She also welcomed them back on their return to school, as schools across the U.K. reopened amid the coronavirus pandemic on Monday, March 8.

In concluding her letter, she revealed that she still holds on to the Debate Society team jacket that they gifted her, noting that she will “wear it often.”

Markle’s kind note arrived after she participated in a bombshell tell-all interview with CBS on March 7. During the special, she and her husband, Prince Harry, opened up about the negatives experiences that led to them stepping down from royal duties in 2020. While the pair detailed their experience with racism, the Tig blogger also claimed the institution refused to get her help after contemplating suicide.

When Did It All Change? Every Revelation From Meghan and Harry’s Interview

The British Army vet additionally noted that they left after a “lack of support and lack of understanding.”

The California native, for her part, explained that she regretted believing that the royal family would protect her. “Had I really seen that that wasn’t happening, I would have been able to do more. But I think I wasn’t supposed to see it,” she explained. “I wasn’t supposed to know. And now, because we’re actually on the other side, we’ve actually, not just survived but are thriving.”

Buckingham Palace responded to the allegations made in the special on Tuesday, March 9.

“The issues raised, particularly that of race, are concerning,” the statement issued to Us Weekly read. “While some recollections may vary, they are taken very seriously and will be addressed by the family privately. Harry, Meghan and Archie will always be much loved family members.”