Much ado has been made over the stunning, all-green outfit Meghan, Duchess of Sussex, wore to conclude her duties as a senior member of the royal family. The Commonwealth Day ensemble included an emerald-green cape dress by Emilia Wickstead, a matching hat by William Chambers, nude stiletto pumps by Aquazzura, and a mini bag by Gabriela Hearst.

If the silhouette of the sweeping cape looks familiar to you, that may be because you saw a very similar outfit on Gigi Hadid last year.

The supermodel wore what can only be accurately called a power jumpsuit (also by Emilia Wickstead) last April while attending Variety‘s Power of Women event. Hadid’s bright-blue jumpsuit also included a cape that wrapped around her neck and cascaded over one shoulder. 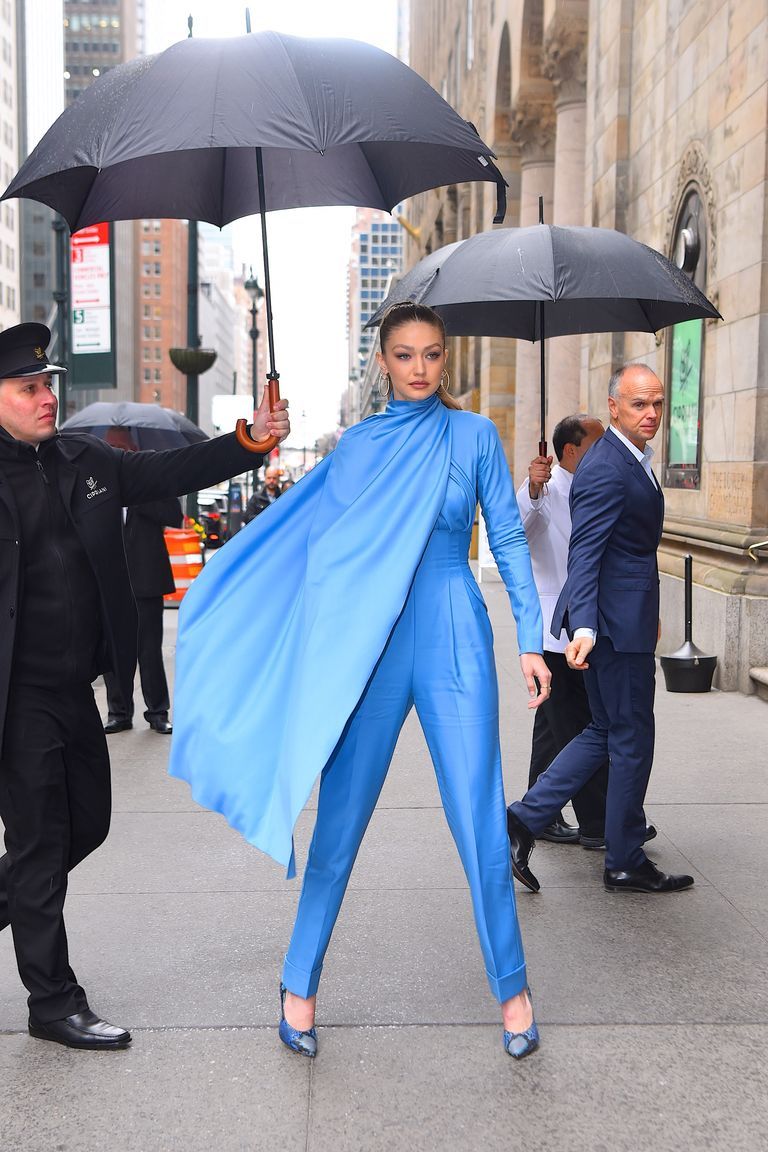 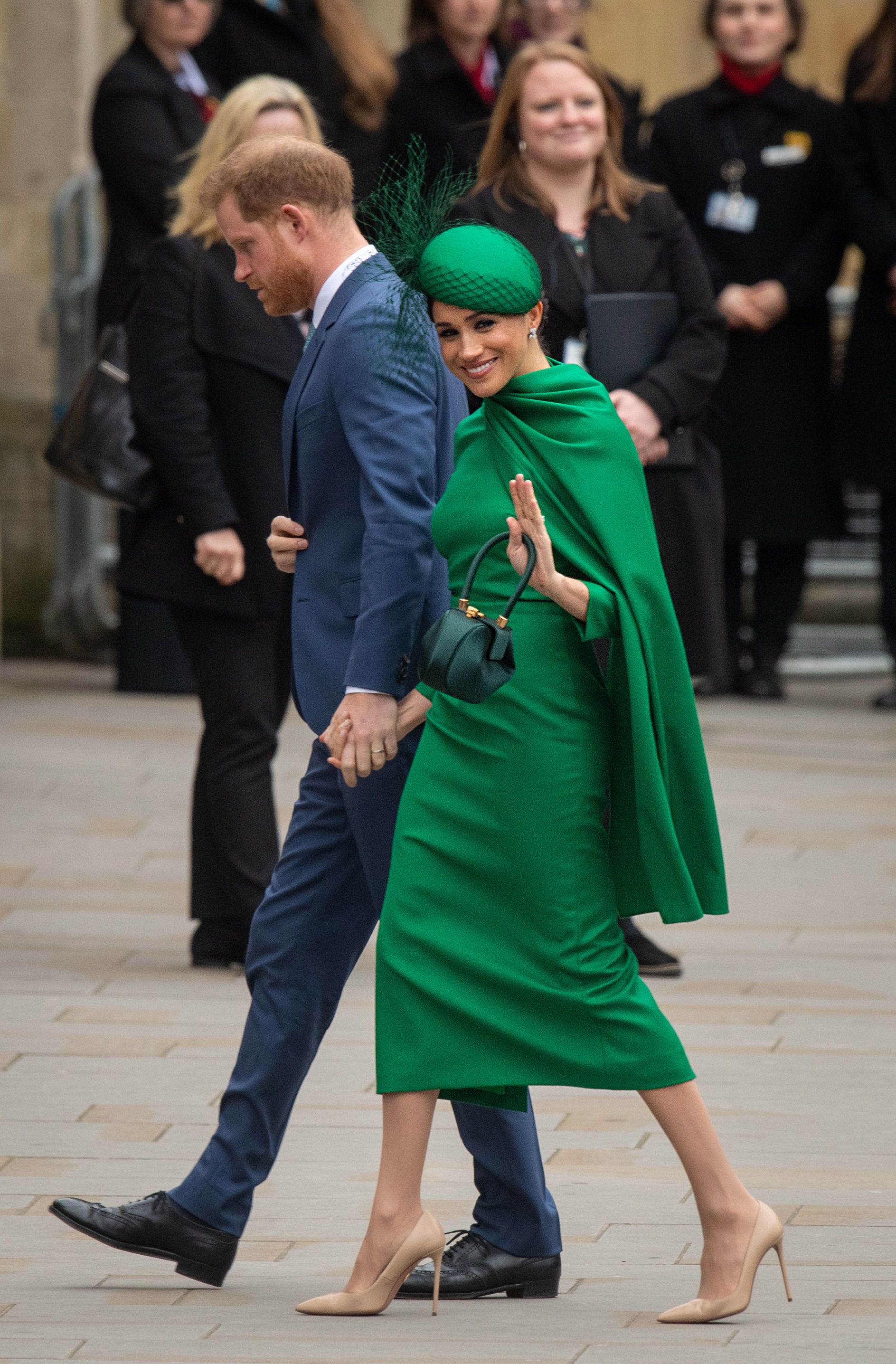 Thanks to the mutual designer, the (t)winning moment elevated both women to a powerful stature at their respective events.

Today’s Commonwealth Day appearance marks the last royal engagement from Meghan and Prince Harry, as the duke and duchess will now be stepping down as senior members of the royal family to live a more private life in Canada. During the Commonwealth Day services at Westminster Abbey, Harry and Meghan were publicly reunited with Prince William and Catherine, Duchess of Cambridge, for the first time since they announced their royal resignation.