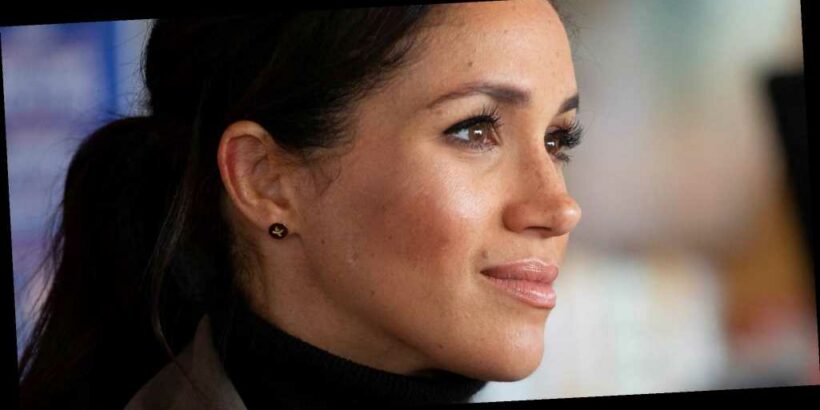 When the Duke and Duchess of Sussex welcome baby No. 2 to the world, their daughter is sure to be given plenty of gifts, keepsakes and family treasures — and we already know what one of them will look like.

That’s because years ago, long before the former Meghan Markle had a title of her own or had even met her prince, she revealed the one personal possession she intended to hand down to her future daughter.

Harry and Meghan, who are already parents to their almost-2-year-old son, Archie, announced that they’re expecting their second child back on Feb. 14. Then, nearly a month later, they told Oprah Winfrey that they have a baby girl on the way.

But it was all the way back in 2015, during an interview with Hello! magazine, that then-“Suits” star Meghan opened up about the special memento she'd one day give a daughter.

“I’ve always coveted the Cartier French Tank watch,” she said of the classic timepiece. “When I found out ‘Suits’ had been picked up for our third season — which, at the time, felt like such a milestone — I totally splurged and bought the two-tone version.”

“I had it engraved on the back, ‘To M.M. From M.M.,’” she said, adding, “I plan to give it to my daughter one day. That’s what makes pieces special, the connection you have to them.”

The story behind the watch and that self-empowering inscription are sure to make it a beloved hand-me-down when their little girl comes into their lives.

And there’s another special connection to the piece for the royal-to-come: It would have been a favorite of Grandma’s, too.

Prince Harry’s late mother, Princess Diana, was known to wear a beloved Cartier Tank watch of her own.

Related:The duchess has paid tribute to her late mother-in-law on many occasions over the years.

As for the duchess's timepiece, her daughter won’t just be able to wear it; she'll also be able to tune in to old episodes of “Suits” and see Mom wear it.

And Archie's little sister might even spy a few other one-day hand-me-downs on the series.

“We wanted Rachel’s jewelry to feel personal, like family heirlooms,” Markle told Hello! in the same interview of her character. “I’ve actually worn my grandmother’s charm bracelet and pearls from my mom on the show.”

This story was originally published in May 2019.