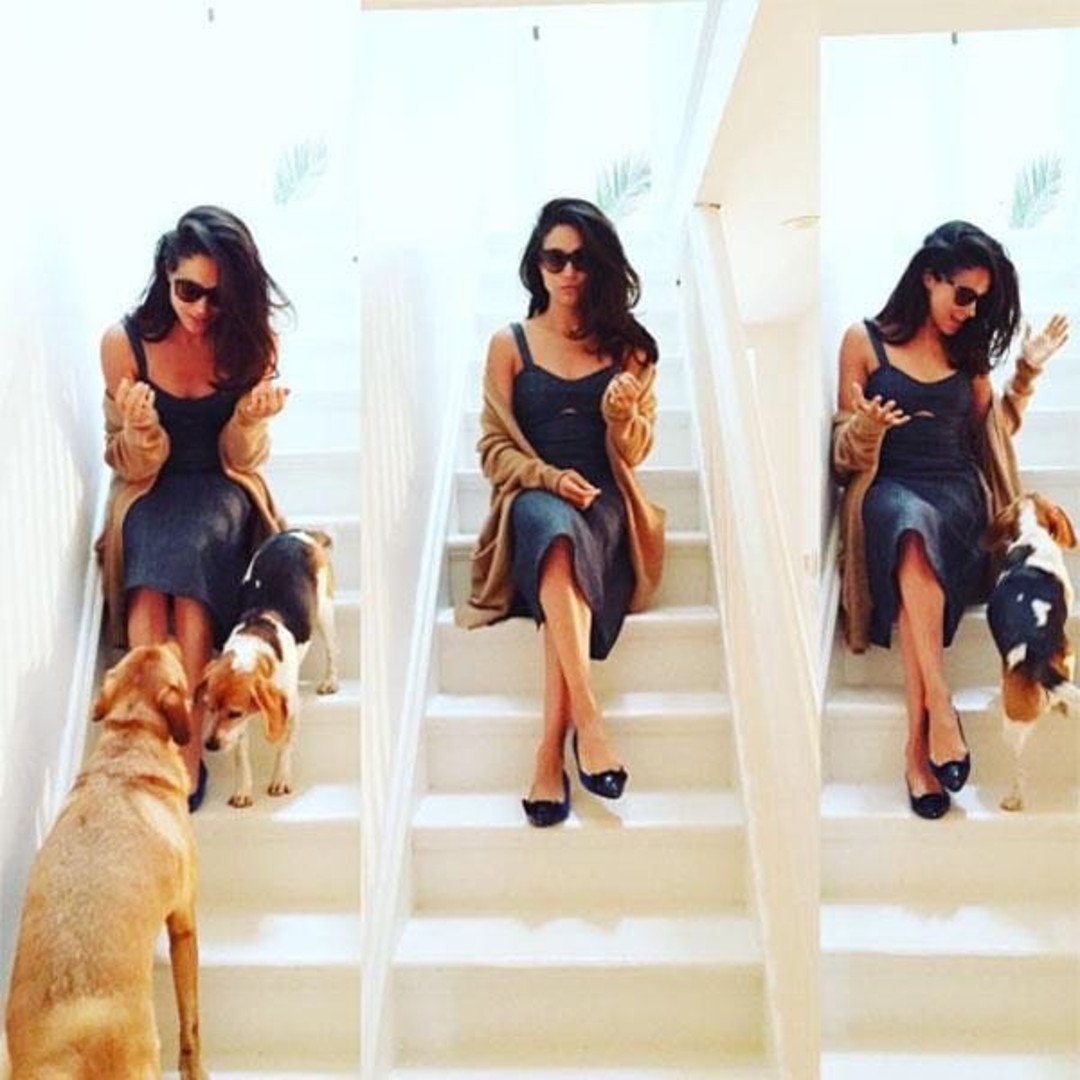 This may sound wild, but hear us out.

As fans recall, Meghan Markleand Prince Harry were spotted hiking in Canada on New Year’s Day. At the time, it was reported the Duke and Duchess of Sussex were taking a hike with Suits star Abigail Spencer and two dogs. They opted to leave son Archie Harrisonat the residence they were staying at.

While this story seemed innocent enough at the time, the couple’s shocking announcement sheds a different light on the sighting.

A source tells E! News the two dogs they saw with Meghan and Harry were “a beagle and a black dog, similar to a lab.”

Now, any fan of Meghan’s knows she has a beagle named Guy. He is just one of the two pets Meghan adopted from a rescue shelter, the other being a pup named Bogart. Unfortunately, Bogart was left behind as a Kensington Palace spokesperson says it was “in the best interest” of her aging dog to stay in Canada instead of making the strenuous journey across the pond. Meghan herself confirmed this in her engagement interview and assured he’s “staying with very close friends.”

Then, this next part is unconfirmed, but upon Guy’s arrival in the UK, he reportedly suffered an injury. According to People, he broke two legs but was treated by veterinary surgeon Noel Fitzpatrick and a “distraught” Meghan frequently visited him while he was in the vet’s care.

Now, in retrospect, this bit of information is making people look at Guy’s potential presence in Canada a bit differently. If Guy did indeed suffer a major injury in England, why would Meghan and Harry decide to take him with them on a nearly 10-hour flight, especially if they knew they’d be returning in six weeks?

Well, some think the simple answer is Meghan and Harry were  already in the process of setting up shop in Canada, long before they shared it with the rest of the world. Indeed, the Daily Mail reports, “Royal insiders confirmed that the dogs staying in Canada ‘was the biggest clue, in hindsight, that they were unlikely to come back from this so-called holiday’.”

As they revealed in their statement, the couple intends to “balance [their] time between the United Kingdom and North America” in the coming days. The duo certainly didn’t give an exact timeline, but now that Queen Elizabeth IIis involved, it appears she’s demanding all parties involved find a solution “within days, not weeks.”

Meanwhile, Meghan is back in Canada with not only Archie, but her pup, Guy, too.