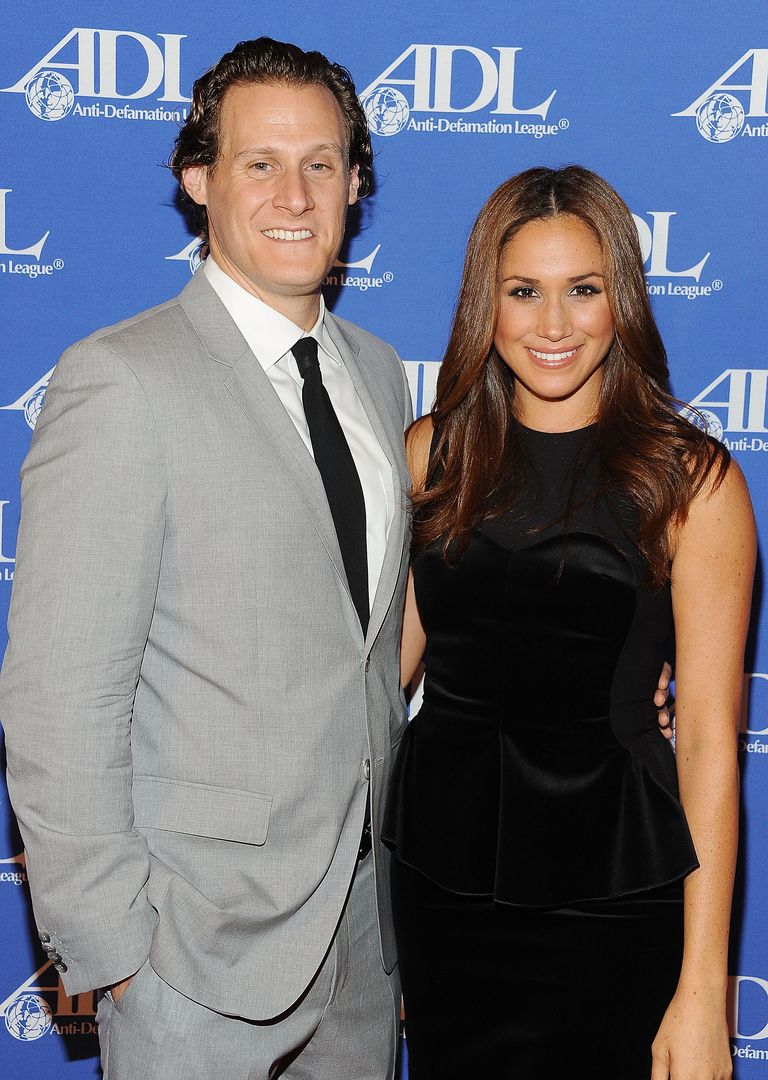 Trevor Engelson has moved on from ex-Meghan Markle and into the arms of girlfriend (now fiancé!), Tracey Kurland. It’s a fairytale ending for everybody! But mostly for Meghan, who married a DAMN PRINCE.

The 41-year-old film producer proposed to Kurland on Friday, June 1, and commemorated the moment with a sweet (though, private) Instagram post. The sweet pic of the couple shows them smiling with with Kurland’s left hand resting on his shoulder showing off her diamond ring. He captioned it the photo, “Luckiest guy I know! Get ready to party!”

If you’ll take a walk down memory lane with me, you’ll remember that Engelson and Markle separated in 2013 — the couple married just two years earlier at the Jamaica Inn in Ocho Rios, Jamaica, after dating since 2004.

Mazel to all the happy couples!