Meghan Markle’s on-screen husband Patrick J. Adams and the rest of their Suits’ costars arrive together for the Royal Wedding

Meghan Markle’s Suits co-stars have brought a huge dose of Hollywood glamour to the Royal Wedding.

Her Suits’ family arrived together on Saturday to support their friend as she tied the knot with Prince Harry at Windsor Castle.

Patrick J. Adams, who was Meghan’s on-screen husband on the show, arrived along with his actress wife Troian Bellisario.

The Suits cohort were all seated near each other inside the church for the lavish ceremony. 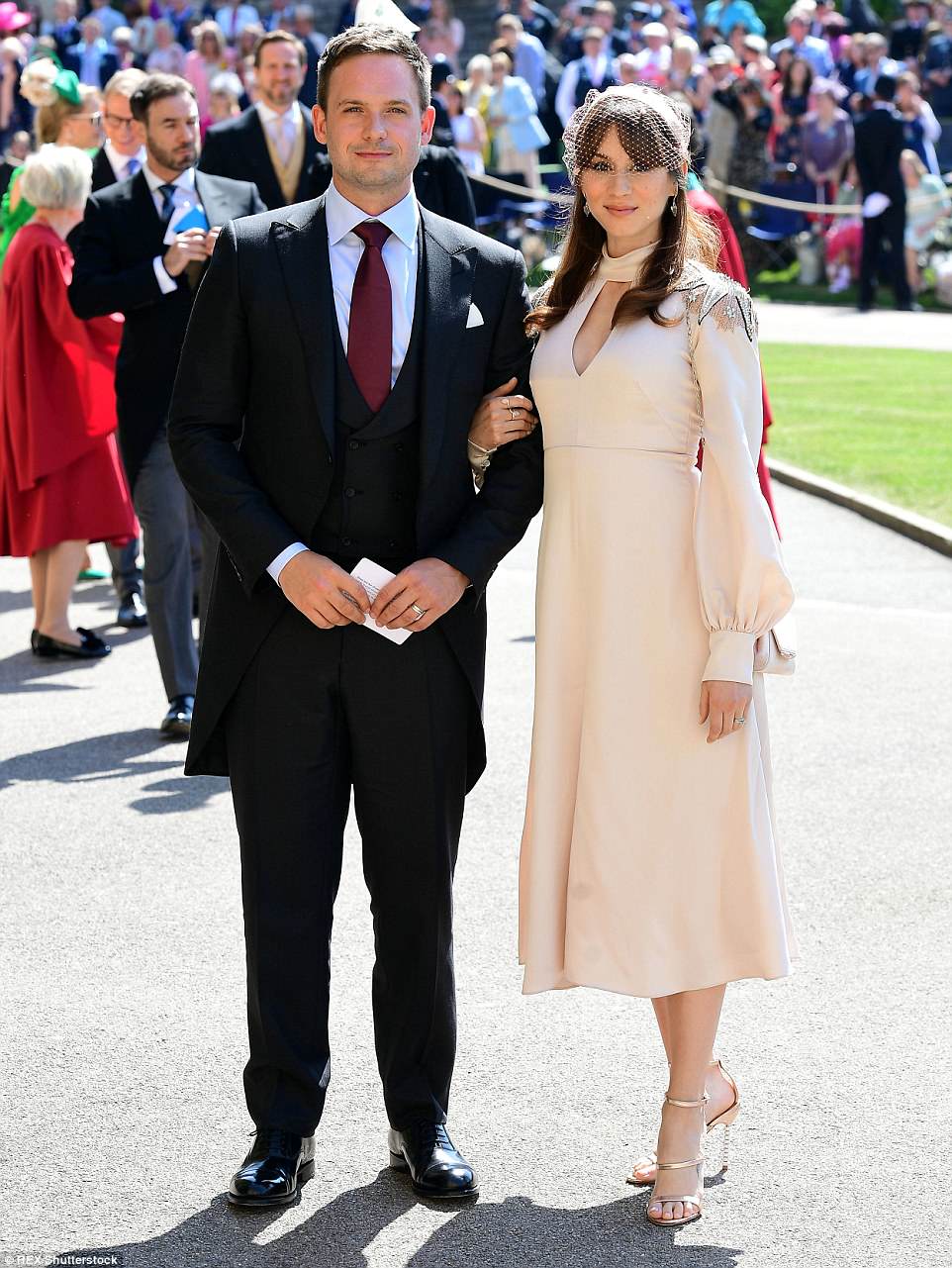 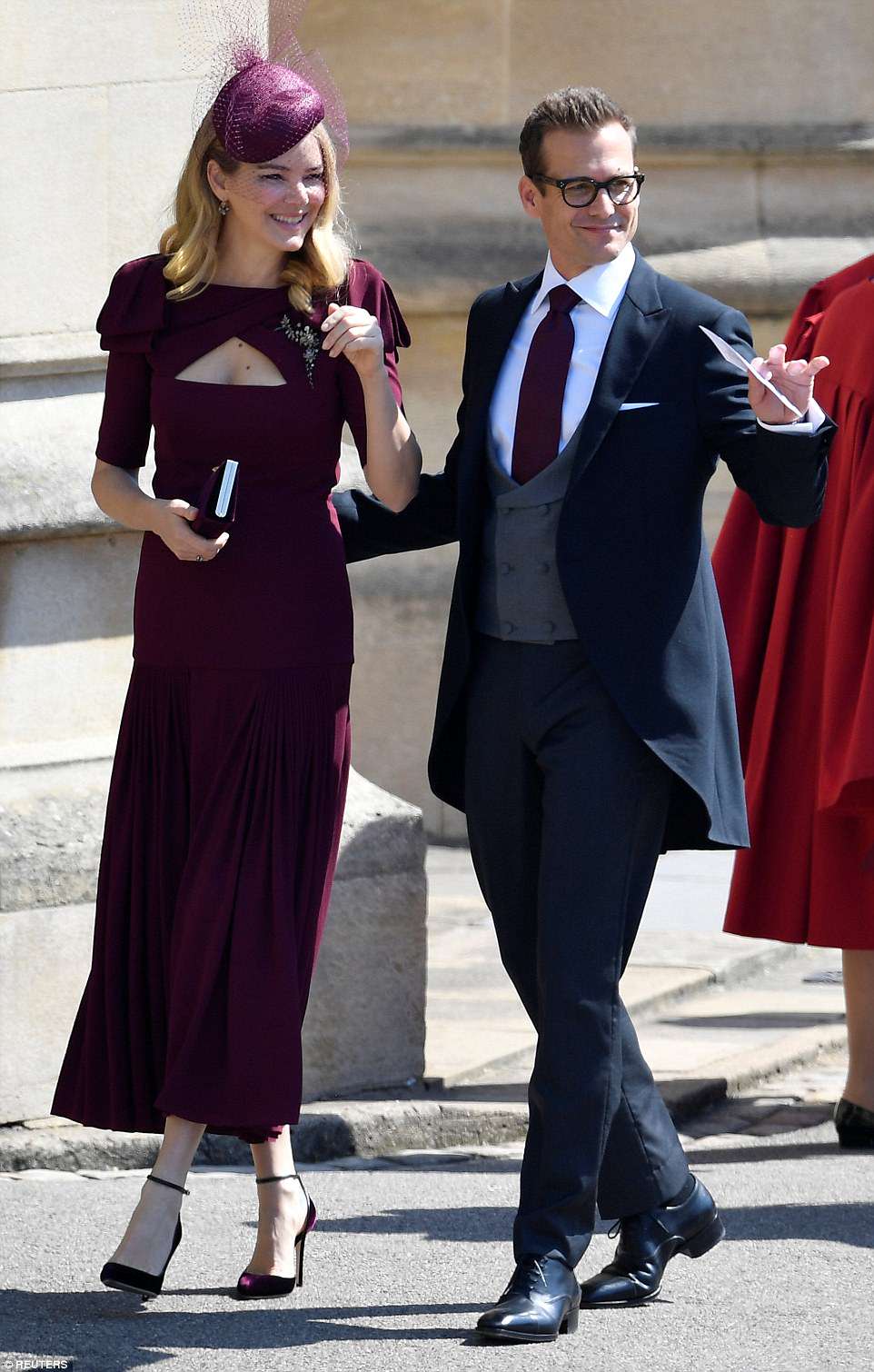 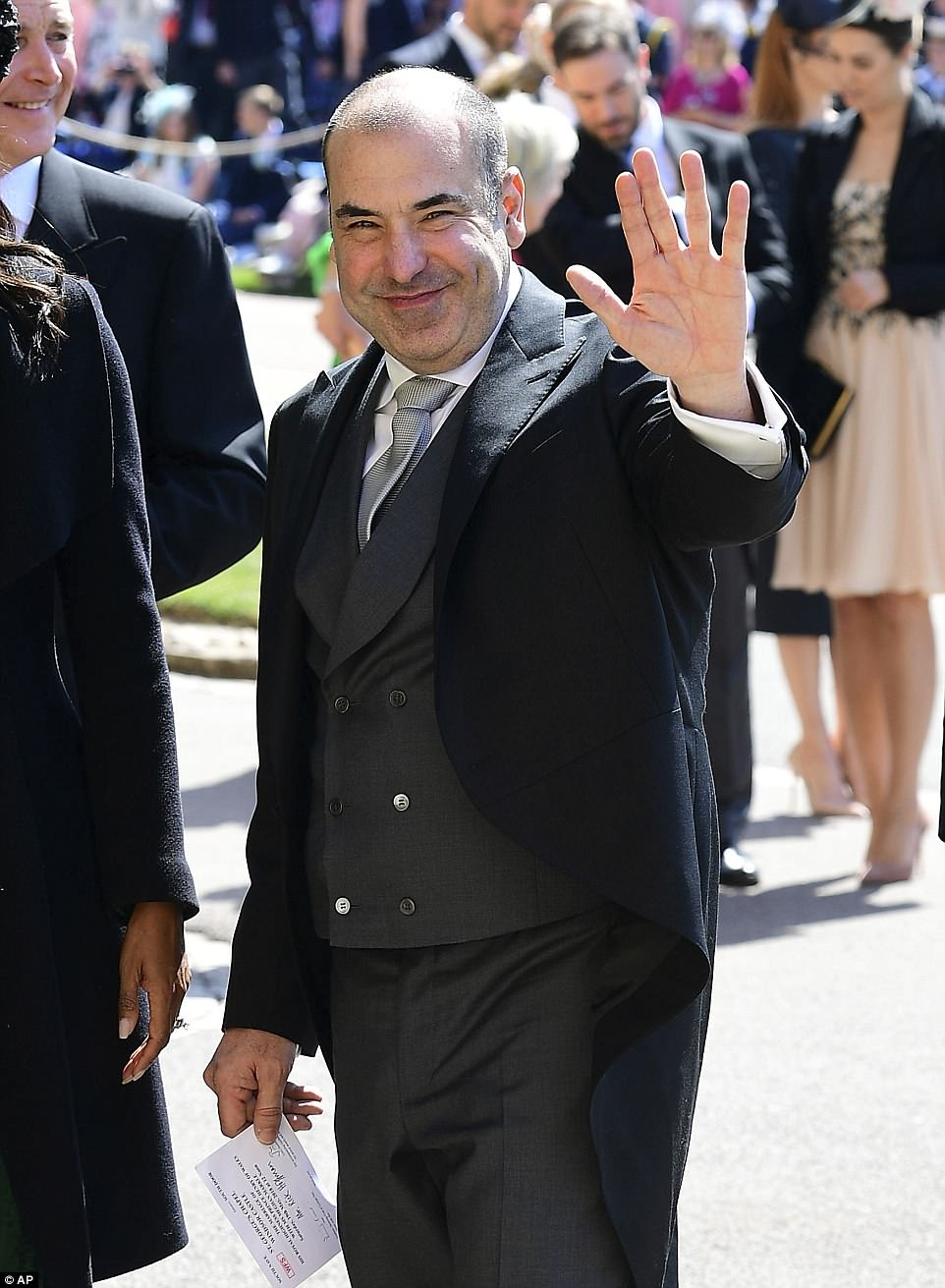 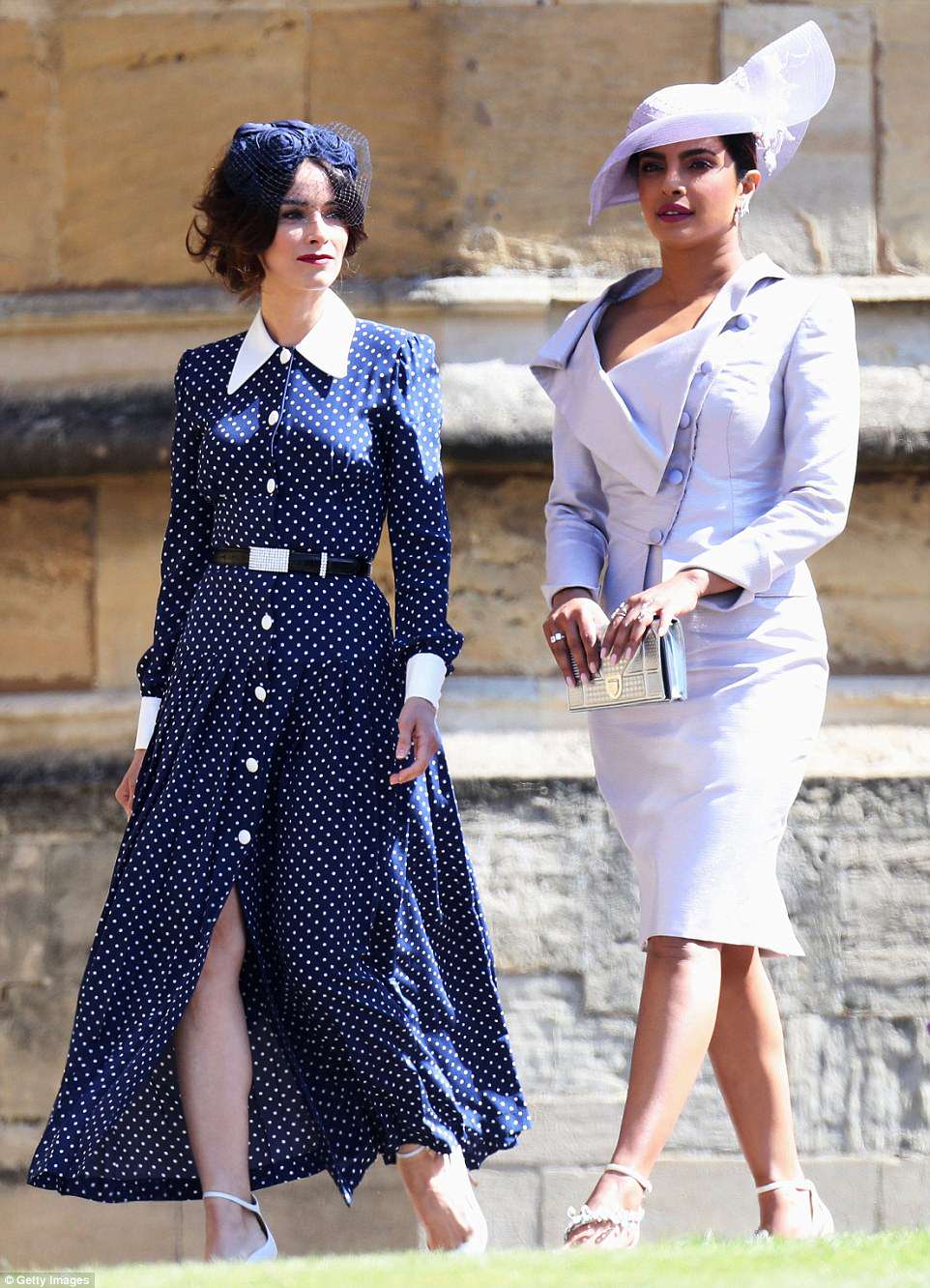 His character Mike Ross wed Meghan’s alter-ego Rachel in the drama Suits in its last season.

The actor, who joked that he thought his co-star was popping out to ‘get some milk’ when her engagement was first announced, poked fun again on Saturday morning with a new Instagram snap of Meghan on the cover of a newspaper.

The 36-year-old actor captioned the image: ‘I’m beginning to think she might not actually be out getting milk’.

Gabriel Macht, who plays formidable star Harvey Specter on the show, attended the wedding wearing a tailored tux and a plum-colored tie. The 46-year-old’s wife Jacinda opted for a matching plum dress and fascinator.

Gina Torres, 49, opted for a bright print dress and a white fedora.

Meghan’s co-stars started filtering into London throughout the week ahead of the nuptials. 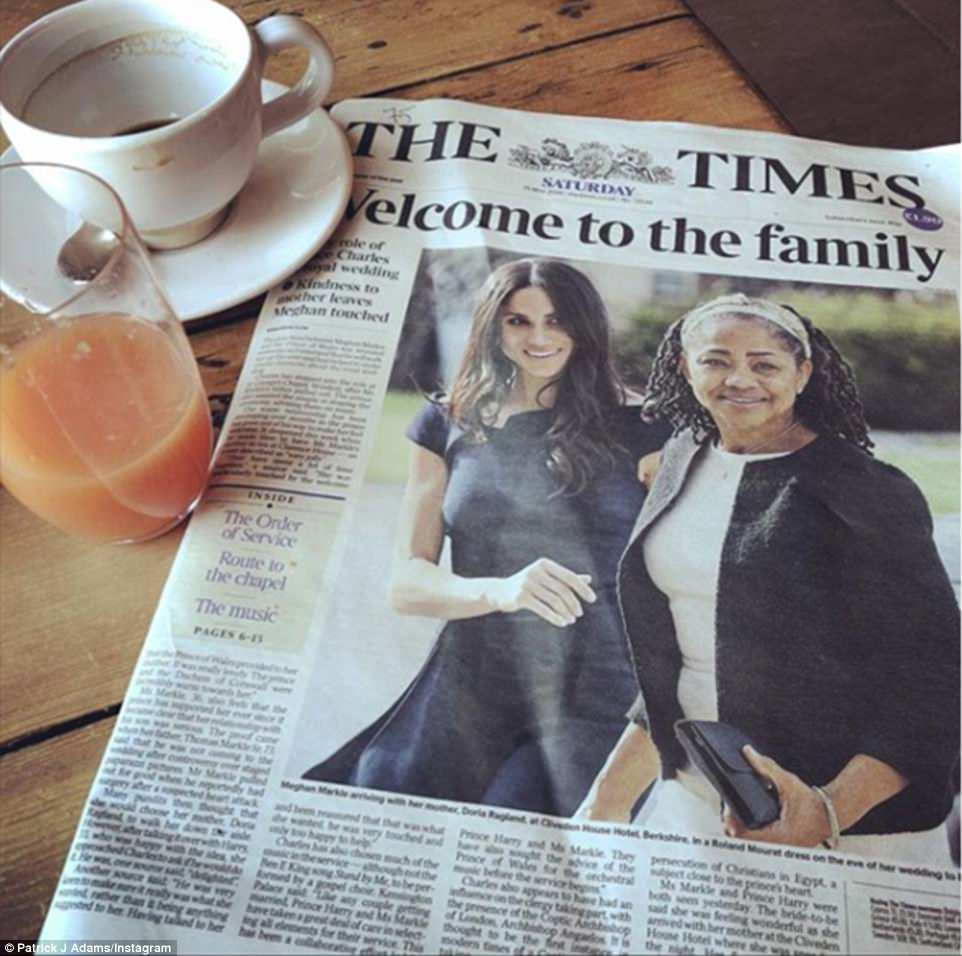 Excited: Patrick J. Adams injected a hint of humour into his preparations for the Royal Wedding, as he shared a Instagram snap of Meghan Markle on the cover of a newspaper on Saturday morning 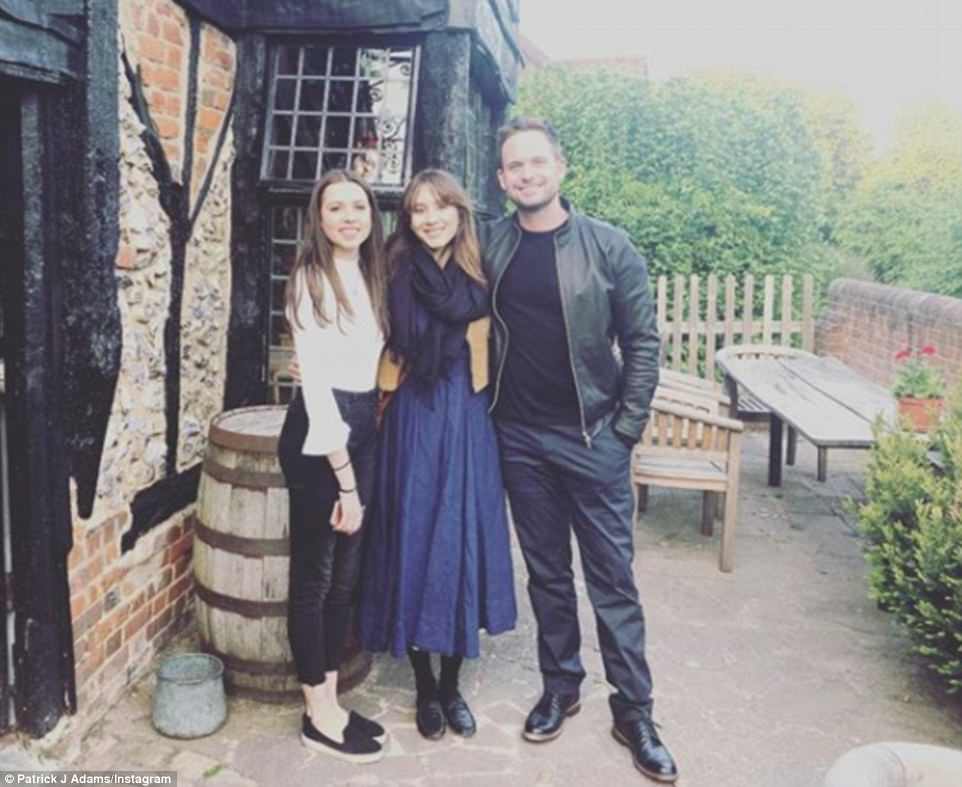 Funny: The 36-year-old Suits actor (pictured right) captioned the image: ‘I’m beginning to think she might not actually be out getting milk’